DTX (previously known as Discovery Turbo Xtra) is a television channel focused on programming about cars owned by Discovery EMEA. It is a CEEMEA version of Discovery Turbo.

The channel was launched under the name Discovery Turbo Xtra to replace the European version of Discovery World, with the first launch in Poland on 17 September 2013. [1] The channel roll-out in 2015 in Albania and in 2016 in Hungary, Romania, Czech Republic, Slovakia, Baltics, Russia, CIS, Ukraine, Turkey and MENA. In the Middle East, it was launched on 1 April 2016 on beIN Network. [2]

In November 2016 Discovery Turbo Xtra has been rebranded as DTX. 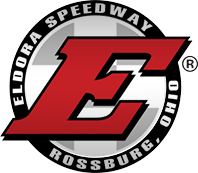 Eldora Speedway is a 0.5 mi (804.672 m) high-banked clay dirt oval. Located north of Rossburg, Ohio in the village of New Weston, Ohio, it features permanent and festival-style seating believed to be in the range of 30,000. The 22,000 permanent grandstand and VIP suite seats make it the largest sports stadium in the Dayton, Ohio-region according to the Dayton Business Journal.

Timothy Tyler Andrew Walker is an American professional stock car racing driver. Walker is one of many racers who has competed in many interdisciplinary automotive ranks. His automotive exploits include cycling competition, open-wheeled sprint cars, where has obtained a large majority of his success and notoriety, as well as being a stock car pilot, formerly competing in the prestigious NASCAR ranks. The first fourth-generation driver to compete in NASCAR since the late Adam Petty, Walker is but one member of a racing legacy.

Discovery Turbo India is a pay television channel devoted to programming about cars, bikes, boats, and planes. The channel was owned by Discovery Networks Asia Pacific. The channel was launched on January 28, 2010. From March 1, 2021 the channel started to follow a timeshifted version of DMAX Asia's schedule.

Bud W. Brutsman is a television show creator, executive producer, and the President of Brentwood Communications International. His best known productions include Overhaulin' and Rides for the Learning Channel (TLC), and Living with Ed for Planet Green. Brutsman was also one of the creators of King of the Cage, garnering attention on Pay-Per-View and worldwide video sales. As of 2011, Brutsman is involved in the mixed martial arts organization, Shark Fights. 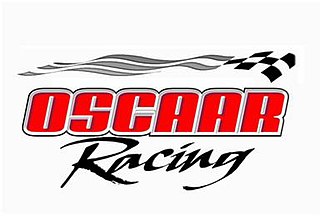 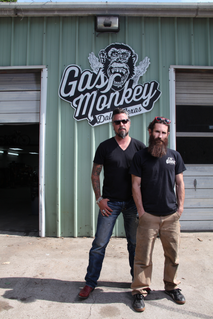 Aaron Kaufman is an American television personality and owner of Arclight Fabrication, a Dallas enterprise that supplies aftermarket components for the Ford F-100 pickup.

Rev’n is an American vehicle-oriented digital broadcast television network owned by Get After It Media and launched on November 3, 2014. 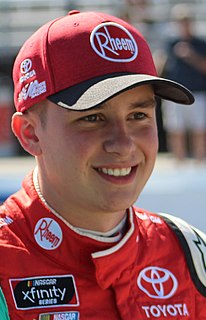 Christopher David Bell is an American professional stock car racing driver and a Toyota Racing Development driver. He competes full-time in the NASCAR Cup Series, driving the No. 20 Toyota Camry for Joe Gibbs Racing. He is the 2017 NASCAR Camping World Truck Series Champion. 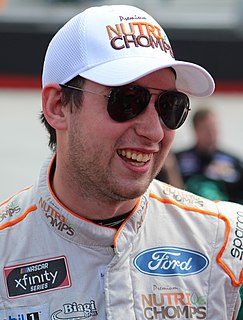 Joshua Richards is an American professional stock car racing driver from Shinnston, West Virginia. He currently races dirt Late Models in the Lucas Oil Late Model Dirt Series where he was the champion in 2017. Richards was a four-time champion in the World of Outlaws Late Model Series.