Nat Geo People is an international pay television channel owned by National Geographic Partners, a joint venture between The Walt Disney Company (73%) and the National Geographic Society (27%), [2] with the operational management handled by the Fox Networks Group. Targeted at female audiences, with programming focusing on people and cultures, the channel is available in 50 countries in both linear and non-linear formats. [3]

The channel was launched as Adventure One (A1) on 1 November 1999, and was later rebranded on 1 May 2007 as National Geographic Adventure, strengthening the overall Nat Geo presence. [4] All countries adopted the change, except in Europe which instead changed A1 to Nat Geo Wild. [5] Nat Geo Adventure is also a global adventure travel video and photography portal, which launched worldwide in 2009.

Nat Geo Adventure was aimed at younger audiences, providing programming based around outdoor adventure, travel and stories involving people having fun while exploring the world.

In 2010, Nat Geo Adventure launched its own HD feed in Asia via AsiaSat 5.

On 30 September 2013, it was announced that Nat Geo Adventure would be replaced by Nat Geo People on 1 March 2014. This would see Nat Geo People launch in HD where currently available, as well as in linear and non-linear formats, in 50 countries internationally. The rebrand would see the channel become more female-focused, with programming to focus on people and cultures. [3] Nat Geo People was replaced by Nat Geo Wild in Germany and Austria on 12 September 2017. The channel was closed down in Australia on 28 February 2018 with all popular TV shows moving to the National Geographic Channel. Nat Geo People in Italy closed on 1 October 2019, along with Disney XD, Disney in English, Fox Comedy and Fox Animation, due to Sky Italia's deal with The Walt Disney Company Italy not being renewed. In Romania, the channel closed on 1 July 2018, but will be available again in 2020. The channel closed in Turkey on 31 May 2020. On April 27, 2021, for the 21 years of television broadcasting history, Disney and Fox Networks Group announced that Nat Geo People will be closing down on 1 October 2021, as well as a part of its winddown of traditional cable/satellite networks in favor of Disney+ (in Singapore, Hong Kong and Taiwan) and Disney+ Hotstar (in Southeast Asia outside Singapore). [6]

Advanced Info Service Public Company Limited (AIS) is Thailand's largest GSM mobile phone operator with 39.87 million customers as of Q3 2016. Founded in April 1986, AIS started off as a computer rental business. In October 1990, it launched analog 900 MHz mobile phone services with a 20-year monopoly concession from the Telephone Organization of Thailand (TOT), and later became the first company allowed to operate on the GSM-900 frequency. It acquired Shinawatra Paging in June 1992.

KT SkyLife is a satellite broadcasting provider in South Korea. It is a subsidiary of KT Corporation.

National Geographic Oceania is a subscription television documentary network in Oceania that features programmes on subjects such as nature, science, culture and history, plus some reality television and pseudo-scientific entertainment programming. It is the Oceanian version of the National Geographic Channel Asia Pacific and is owned by Fox Networks Group Asia Pacific. Since 2020, it has been the only Disney-owned network in Oceania to broadcast as a linear television channel, with the Disney Channel and Disney Junior having been shut down in favour of the streaming service Disney+. 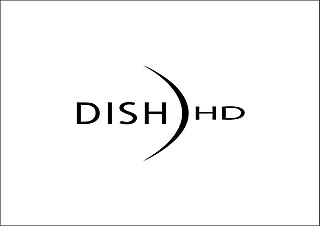 beIN Channels Network is a pan-Arab direct broadcast satellite service provider and broadcaster owned by beIN Media Group, which is based in Doha, Qatar.

FX is a brand name used by a number of different television channels throughout the world owned by Fox Networks Group, a subsidiary of The Walt Disney Company. FX was originally established as a standard of premium cable television channel in the United States, but has expanded worldwide since.