In 2012, only about 28% of Australian homes had a pay TV subscription, which is one of the lowest subscriber rates in the developed world. [1] However, this rate is expected to rise from new delivery methods IPTV and streaming television services. [2]

Galaxy was the first provider of subscription television in Australia, launching a MMDS service on 26 January 1995. [3] Originally Premier Sports Network was the only local channel to be fully operational, with Showtime and Encore launching in March. [4] They were later joined in April by TV1, Arena, Max, Red and Quest. [5] [6] A satellite service was launched later in the year.

Optus Vision and Austar launched their cable services on 19 September followed by Foxtel on 22 October. [7] [8]

Northgate Communications launched their service on 13 March 1997. [9] It was later acquired by Neighbourhood Cable. [10]

Galaxy was closed on 20 May 1998. [11] Two weeks later Foxtel significantly boosted its customer base by acquiring Galaxy subscribers from the liquidator of Australis Media and immediately commenced supplying programming to Galaxy's subscribers on an interim basis. [12] In February 1999 Foxtel began offering its own satellite service to new customers. [13]

Following the collapse, ECTV quickly signed a deal with Optus Vision. [14] Less than two months later, it was acquired by Austar, along with its stake in XYZ. [15] Austar replaced the ECTV packages with their own in September. [16]

UBI World TV launched in 2004. Also in 2004, TV PLUS launched its Ethnic platforms catering for Balkans, Russians and other Eastern European communities. Foxtel and Austar both launched their digital offerings in 2004, with a total of 130 channels. The following year, Foxtel introduces their Foxtel iQ personal video recorder. [19]

Neighbourhood Cable with its hybrid fibre coaxial (HFC) cable networks in three Victorian regional cities of Mildura, Ballarat and Geelong was acquired by TransACT at the end of 2007. [22] In November 2011, TransACT was acquired by iiNet Limited, which in 2015 itself became a subsidiary of TPG. [23]

Fetch TV entered the market in 2010 with a subscription service over a few ADSL2+ networks.

Almost all channels which currently or previously operated in Australia were available through Foxtel and Austar, being the dominant player in the market. However, some smaller competitors offer a subset of channels which are exclusive or unavailable on Foxtel services.

The majority of channels not available through Foxtel are non-English language channels. UBI World TV offers a number of ethnic satellite TV and radio channels nationwide, and other companies offer some channels via satellite, and some channels are available over the internet.

Foxtel Management Pty Limited is an Australian pay television company, operating in cable television, direct broadcast satellite television, and IPTV streaming services. It was formed in 1995 through a joint venture established between News Corporation and Telstra, with News Corp being the 65% and Telstra the 35% shareholders respectively. It shares many features with the Sky service in the United Kingdom, including iQ, the electronic program guide, a similar remote control, and Red Button Active.

MTV is a 24-hour general entertainment channel specialising in music and youth culture programming which serves Australia and New Zealand. It is operated by parent company ViacomCBS International Media Networks headquartered in London with a local office in Sydney.

FashionTV is an international fashion and lifestyle broadcasting television channel. Founded in France in 1997, by its Polish-born president Michel Adam Lisowski, FashionTV is a widely distributed satellite channels in the world with 31 satellite and 2,000 cable systems. As of 2014, it had 400 million viewers around the world, including 80 million in Arab countries.

Showtime Movie Channels was an Australian pay-TV movie service, available on the Foxtel, Optus and Austar TV platforms. The service consisted of five original channels, three HD simulcasts and two timeshift channels. It was owned and operated by the Premium Movie Partnership (PMP), a joint venture in which Sony Pictures Entertainment, NBCUniversal, Viacom, News Corporation and Liberty Global had equal shares. Foxtel took over managing and producing the Showtime channels as of 31 October 2012, with it purchasing assets of the PMP. On 9 December 2012, it was announced that Movie Network and Showtime would be replaced with a new line-up of Foxtel branded movie channels to be named Foxtel Movies

C7 Sport was a pay-TV service in Australia, owned and run by Seven Network. The service was carried on the Austar and Optus Vision pay-TV networks between 1995 and 2002. Seven unsuccessfully pursued court action against competitors, seeking damages of $480 million, but lost the case and was described by the judge as exhibiting "more than a hint of hypocrisy" in regard to the issue of price-ramping of broadcast rights.

HOW TO Channel was an Australian cable and satellite television channel. It was carried on the Foxtel Digital, Optus TV featuring Foxtel Digital and Austar Digital platforms. It was owned by Premier Media Group, a 50/50 joint venture of Publishing and Broadcasting Limited and News Corporation. 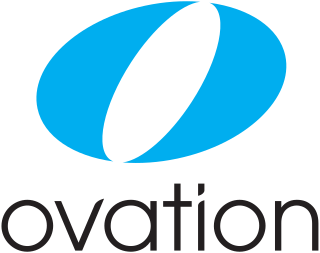 The Ovation Channel was created by Optus Television to "present dance, opera, theatre, literature, jazz, classical music, design and even fashion, food and wine", modelling it on Canada's Bravo!, which formerly focused on such programming.

SelecTV was an Australian satellite based subscription television broadcasting service. As of January 2011, the service is no longer available. Services were carried on the Intelsat 8 satellite.

Galaxy is a former provider of pay television programming in Australia via satellite and wireless cable (microwave) delivery methods.

Disney Channel is a pay television network that is broadcast in Australia. It is the flagship television property owned and operated by The Walt Disney Company in Australia. Launched in 1996, the network is targeted towards children and their families, with original series and movies.

Expo Channel is an Australian home shopping channel. It is owned by parent company Direct Group Pty Ltd, a marketing and direct sales company based in Sydney, which also owns sister channel TVSN.

TVSN is an Australian and New Zealand broadcast, cable television and satellite television network specializing in home shopping. It is owned by parent company Direct Group Pty Ltd, a home marketing and shopping company based in the Sydney suburb of Frenchs Forest, which also owns sister channel Expo.

Channel V Australia, stylized as Channel [V], was an Australian subscription television music channel that is available on Foxtel, Optus TV and Austar satellite and cable services. It was also previously available in New Zealand on TelstraSaturn's cable TV service in Wellington, Kapiti and Christchurch, until a channel shake-up occurred under new owners TelstraClear in 2002.