MTV 80s is a worldwide music channel, which began broadcasting on October 5, 2020. As its name reflects, MTV 80s features music videos mainly from the 1980s.

Pop-up channel and the launch

From February 28 to March 31, 2020, MTV 80s was broadcast in a test mode replacing MTV Classic UK, but was never planned as a full-time replacement. From April 2020 until October 2020, VH1 Classic Europe broadcast a block of MTV 80s programming from midnight until midday.

Since October 5, 2020 from 05:00 CET, MTV 80s broadcasts in full mode heaving replaced VH1 Classic Europe. The last video to be broadcast on VH1 Classic Europe was "Born to Run" by Bruce Springsteen. The first video on MTV 80s channel was "Never Let Me Down Again" by Depeche Mode at 05:00 CET.

Since its launch, MTV 80s has been broadcasting in the format of the British music channel Now 80s. Unlike Now 80s, MTV 80s doesn't broadcast any announcements nor commercial advertising.

MTV 80s uses the same equipment, as the former VH1 Classic had. It is the only MTV channel which broadcasts in the 4:3 format.

VH1 is an American basic cable television network based in New York City and owned by ViacomCBS. It was created by Warner-Amex Satellite Entertainment, at the time a division of Warner Communications and the original owner of MTV, and launched on January 1, 1985, in the former space of Turner Broadcasting System's short-lived Cable Music Channel.

NickMusic is an American pay television network owned by ViacomCBS, under the editorial control of its children's cable network Nickelodeon. It is part of the Kids and Family Group unit of ViacomCBS Domestic Media Networks, and mainly carries music video and music-related programming from younger pop artists that appeal to Nickelodeon's target audience, with some videos edited for content to meet a general TV-PG rating applied across the network's broadcast day, or replaced with a lyric video instead. 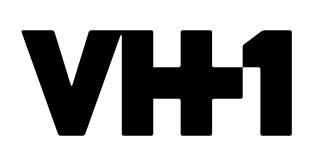 VH1 was a European music television channel owned by ViacomCBS Networks EMEAA. It played a wide variety of music programs on a daily or weekly basis, and various VH1 original series. 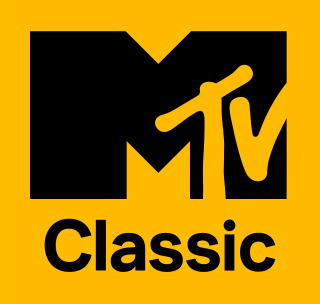 MTV Classic is a British pay television music channel from ViacomCBS Networks UK & Australia. The channel was launched in the United Kingdom and Ireland on 1 July 1999 as VH1 Classic. It focuses on music videos and music specials from the 1960s onwards, sometimes featuring music videos and concert footage from as early as at least the 1940s or 1950s, such as Bing Crosby's "White Christmas" from 1942. It has also aired videos from the 2000s and early 2010s. "Video Killed the Radio Star" by The Buggles, the first video to air on the original MTV in 1981, was also the first music video to be played when the channel was rebranded as MTV Classic on 1 March 2010. Every November and December on some dates of each year, MTV Classic will play Christmas-themed music branded as MTV Xmas. Since the rebrand, Viacom has rebranded other international channels as MTV Classic. On 1 May 2010, VH1 Australia was rebranded as MTV Classic and on 10 January 2011, MTV Networks Europe launched an Italian version of the same channel, replacing MTV Gold.

VH1 Poland was a Polish pay television music channel from VIMN Polska. It was launched on December 1, 2005, replacing MTV Classic, another Polish MTV channel which used to broadcast mainly classic videos. VH1 Poland shows almost only music-based programs and plays a much broader range of videos than its predecessor. Many themed music programs were broadcast on a daily or weekly basis.

VH1 Classic Europe was a European music television channel from ViacomCBS Networks EMEAA. The channel primarily featured music videos from the 1980s through to the 2000s (decade), although rare live performances from the 1950s, 1960s and 1970s could be seen as well.

MTV Classic is an American pay television network owned by ViacomCBS Domestic Media Networks. It was originally launched in 1998 as VH1 Smooth, an adult contemporary and smooth jazz channel. It was relaunched as VH1 Classic Rock in 1999, with an emphasis on classic rock. On August 1, 2016, in honor of MTV's 35th anniversary, the channel was rebranded as MTV Classic, and now exclusively shows music videos from all genres from the 1980s to the 2010s. 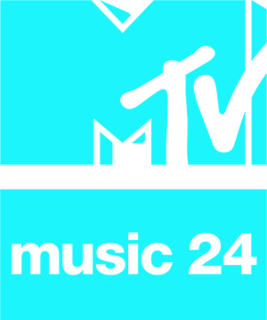 MTV Music 24 was a Pan-European music television channel operated by ViacomCBS Networks EMEAA. The channel was available in multiple countries across Europe. The programming consists of non-stop music videos 24-hours a day. The channel first launched in the Netherlands and Flanders in 2011. Since then the channel has rolled out across many parts of Europe including Germany and it is available in South Africa. The channel was registered with licensing authorities in the Czech Republic. In March 2020, the channel launched in Poland replacing the version of MTV Music Polska.

MTV Rocks Europe was a European pay television music channel from Viacom International Media Networks Europe that was launched on 27 May 2014, replacing the British version of MTV Rocks.

MTV Hits is a 24-hour pop music television channel from ViacomCBS Networks EMEAA launched on 27 May 2014. The channel is widely available throughout Europe, Africa and Latin America, except Brazil.

MTV 90s is an international music television channel from ViacomCBS Networks International featuring music videos from the 1990s. MTV 90s replaced MTV Rocks in Europe, on 5 October 2020 at 05:00 CET. This channel is available in Europe, the Middle East, North Africa and North Asia. 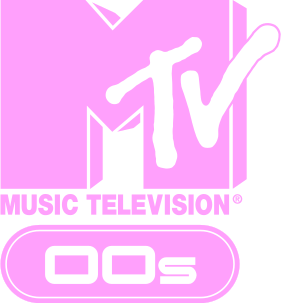 MTV 00s is a music television channel featuring music videos from the 2000s. It was launched on August 2, 2021 replacing VH1 Europe, the first music video seen at 05:00 CET was "Can't Fight the Moonlight" by LeAnn Rimes.