In France since the end of June 2012, a BET Break box is broadcast daily with The Heat and 106 & Park on MTV France.

In October 2015, BET France was announced for November 17, 2015. This information created a controversy due to the absence of black animators on a channel historically directed at black communities. [1]

The voice-over of the channel is China Moses. 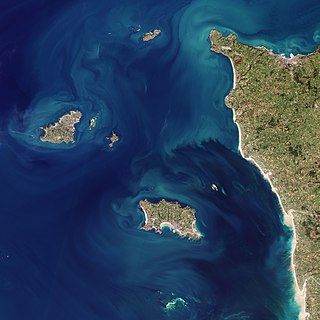 Black Entertainment Television (BET) is an American pay television channel that is part of the ViacomCBS Domestic Media Networks unit of ViacomCBS. It is the most prominent television network targeting African American audiences, with approximately 88,255,000 American households receiving the channel. The channel has offices in New York City, Los Angeles, and Chicago. The channel's former headquarters were in Washington, D.C.

ViacomCBS Domestic Media Networks is an American mass media division of ViacomCBS that oversees the operations of many of its television channels and Internet brands. Its sister international division is ViacomCBS Networks International.

BET Her is an American basic cable network owned by ViacomCBS Domestic Media Networks. The network is a spin-off of BET with a focus on general entertainment targeting African-American women.

M6, also known as Métropole Television, is the most profitable private national French television channel and the third most watched television network in the French-speaking world. M6 is the head channel of the M6 Group media empire that owns several TV channels, magazines, publications, movie production and media-related firms etc. It is owned by RTL Group.

The France national rugby union team competes annually against England, Ireland, Italy, Scotland and Wales in the Six Nations Championship. They have won the championship outright seventeen times, shared it a further eight times, and have completed nine grand slams. Ten former French players have been inducted into the World Rugby Hall of Fame. France is currently ranked 7th in the World Rugby Rankings as of October 28, 2019. 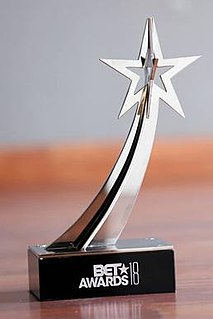 The BET Awards were established in 2001 by the Black Entertainment Television network to celebrate African Americans and other American minorities in music, acting, sports, and other fields of entertainment over the past year. The awards are presented annually, and are broadcast live on BET. The annual presentation ceremony features performances by artists, and some of the awards of more popular interest are presented in a televised ceremony.

TV One is an American basic cable network owned by Urban One, having acquired Comcast's stake in the TV network in 2015. Headquartered in Silver Spring, Maryland, TV One's programming targets African American adults with a broad mix of original lifestyle and entertainment-oriented series, documentaries, movies, concert performances and reruns of sitcoms from the 1970s through the 2000s.

France Culture is a French public radio channel and part of Radio France. Its programming encompasses a wide variety of features on historical, philosophical, sociopolitical, and scientific themes, as well as literary readings, radio plays, and experimental productions. The channel is broadcast nationwide on FM and is also available online.

ViacomCBS Networks International, incorporated as ViacomCBS International Media Networks, is the international division of ViacomCBS. The division oversees the production, broadcasting and promotion of key ViacomCBS' brands outside of the United States. These brands include MTV, VH1, Nickelodeon, Comedy Central, BET, Colors and Game One, as well as CBS-branded channels.

Brandon Scott Sessoms, best known as B. Scott is an American television personality, radio show host and internet celebrity who is known for his YouTube videoblogs and his website, LoveBScott.com. He is also a contributing editor to The Glam Network, and an Ebony Magazine advice columnist.

BET International is a British free-to-air television channel centred towards black music and also available in Ireland, the Middle East and Africa. It was launched on 27 February 2008 in the UK with headquarters in London. BET broadcasts content from the main Black Entertainment Television channel in the US and Canada. It does not broadcast any locally produced shows.

Laurent and Larry Nicolas Bourgeois, professionally known as Les Twins, are French dancers, choreographers, producers, models, designers, and creative directors of their brand "Eleven Paris". Often referred to by their respective nicknames, "Lil Beast" and "Ca Blaze", they are recognized internationally for their talents in new style hip-hop dancing, and various dancing styles. They are identical twin brothers.

Bounce TV is an American digital multicast television network owned by Katz Broadcasting, a subsidiary of E. W. Scripps Company. Promoted as "the first 24/7 digital multicast broadcast network created to target African Americans", the channel features a mix of original and acquired programming geared toward African Americans between 25 and 54 years of age. The network is affiliated with broadcast television stations in several markets through digital subchannels; it is also available on the digital tiers of select cable providers at the discretion of local affiliates.

In March 2005, the prior Viacom announced plans of looking into splitting the company into two publicly traded companies. The company was not only dealing with a stagnating stock price, but also the rivalry between Leslie Moonves and Tom Freston, longtime heads of MTV Networks. In addition, the company was facing issues after MTV was banned from producing any more Super Bowl halftime shows after the Super Bowl XXXVIII halftime show controversy in 2004.

Karrueche Tran is an American actress and model. From 2013 to 2016, she starred as Vivian Johnson in the web series The Bay. She currently stars as Virginia Loc on TNT's series Claws.

Richard Lamar Hawk, better known as Silentó or Prince Silentó, is an American rapper. He is best known for his debut single "Watch Me ", which charted at number three on the US Billboard Hot 100. He later released a project titled Fresh Outta High School in August 2018 after some delay. He is a native of Stone Mountain, Georgia.