Gulf and Western Industries, Inc., (stylized as Gulf+Western) was an American conglomerate. Gulf and Western's origins date to a manufacturer named the Michigan Bumper Company founded in 1934, although Charles Bluhdorn treated his 1958 takeover (of what was then Michigan Plating and Stamping) as its "founding" for the purpose of later anniversaries. Through asset management, the company's non-publishing and entertainment assets were dismantled; with the company re-branding as Paramount Communications in 1989 after Paramount Pictures. The company's current remnants operate as ViacomCBS.

Under Bluhdorn the company diversified widely, leaving behind such things as stamping metal bumpers for a variety of businesses, including financial services, manufacturing, apparel and home, consumer and agricultural, auto parts, natural resources and building products, entertainment and publishing. A partial list of Gulf and Western's holdings between 1958 and 1982, with year of acquisition in parentheses:

With the Paramount acquisition, Gulf and Western became parent company of the Dot Records label and the Famous Music publishing company. After Stax was acquired, that label became a subsidiary of Dot, although Dot was not at all mentioned on the label (rather, Dot and Stax were noted as subsidiaries of Paramount). Later on, the record operation was moved under Famous Music and renamed the Famous Music Group.

In 1967, the company also purchased Lucille Ball's Desilu Productions library, which included most of her television product, as well as such properties as Star Trek and Mission: Impossible , both of which would rank amongst its most profitable commodities over the years. Desilu was renamed Paramount Television.

Gulf and Western sold Stax back to its original owners in 1970, and with it the rights to all Stax recordings not owned by Atlantic Records. A year before, Dot's non–country music roster and catalog was moved to a newly created label, Paramount Records (the name was previously used by a label unrelated to the film studio; Paramount acquired the rights to that name in order to launch this label). It assumed Dot's status as the flagship label of Paramount's record operations, releasing music by pop artists and soundtracks from Paramount's films and television series. Dot meanwhile became a country label.

Famous Music provided distribution for several independent labels, such as Neighborhood Records and Sire Records. Famous began distributing yet another independent label, Blue Thumb Records, in 1971, before buying it outright in 1972. In 1974, Gulf and Western sold the entire record operation to the American Broadcasting Company, which continued the Dot and Blue Thumb imprints as subsidiaries of ABC Records, while discontinuing the Paramount label altogether.

While working for Paramount, Barry Diller had proposed a "fourth network", but he could not convince the board of trustees/directors of the wisdom of this idea. Fox owner News Corporation was, however, interested in starting a network.

On June 5, 1980, Gulf and Western unveiled an electric car, powered by a zinc chloride battery that would hold a charge for several hours and permit speeds of up to 60 miles per hour (97 km/h). By year's end, however, the U.S. Department of Energy (which had invested $15 million in the project) reported that the battery had 65% less power than predicted and could be recharged only by highly trained personnel. [6]

In 1981, former officials of Gulf and Western's Natural Resources Division led a buyout of New Jersey Zinc and made it a subsidiary of Horsehead Industries, Inc.

In 1983 Bluhdorn died of a heart attack on a plane en route home from Dominican Republic to New York headquarters, and the board bypassed president Jim Judelson and named senior vice president Martin S. Davis, who had come up through Paramount Pictures, as the new chief executive officer.

Davis slimmed down the company's wilder diversifications and focused it on entertainment, and sold all of its non-entertainment and publishing assets. [7]

In 1983, Gulf and Western sold Consolidated Cigar Corporation to five of its senior managers.

Also in 1983, Gulf and Western sold the U.S. assets of Sega to pinball manufacturer Bally Manufacturing. The Japanese assets of Sega were purchased by a group of investors led by David Rosen and Hayao Nakayama.

South Puerto Rico Sugar Co. (renamed) was sold to an investment group including The Fanjul Brothers in 1984. [8]

In 1985, APS auto parts, Kayser-Roth clothing and Simmons Bedding were sold to the Wickes Companies. The company, thus restructured, subsequently renamed itself Paramount Communications in 1989, and promptly sold The Associates to the Ford Motor Company.

Prior to 1970, the headquarters was on Madison Avenue in Manhattan. [9]

The Gulf and Western Building (15 Columbus Circle in Manhattan) by Thomas E. Stanley, was built in 1970 for the Gulf and Western company north of Columbus Circle, at the south-western corner of Central Park. The building occupies a narrow block between Broadway and Central Park West and, at 583 feet (178 m), it commands the dramatic view to the north, as well as its immediate surroundings.

The top of the building sported a restaurant, The Top of the Park, which was never a full success even though run by Stuart Levin, famous for the Four Seasons, Le Pavillon, and other "shrines of haute cuisine," [10] and it being graced with Levin's own elegant signature sculpture by Jim Gary, "Universal Woman."

Similarly, the cinema space in the basement named Paramount after the picture company that Gulf and Western owned was closed as the building was sold.

Problems with the 45-story building's structural frame gave it unwanted fame as its base was scaffolded for years and the upper floors were prone to sway excessively on windy days, even leading to cases of nausea akin to motion sickness.

The 1997 renovation into a hotel and residential building, the Trump International Hotel and Tower (One Central Park West), by Costas Kondylis and Philip Johnson involved extensive renovation of both interior and facades. For example, the 45 stories of the original office tower were converted into a 52-story residential building, enabled by the lower ceiling height of residential spaces. The facade was converted with the addition of dark glass walls with distinctive shiny steel framing.

Atlantic Recording Corporation is an American record label founded in October 1947 by Ahmet Ertegun and Herb Abramson. Over its first 20 years of operation, Atlantic earned a reputation as one of the most important American labels, specializing in jazz, R&B, and soul by Aretha Franklin, Ray Charles, Wilson Pickett, Sam and Dave, Ruth Brown and Otis Redding. Its position was greatly improved by its distribution deal with Stax. In 1967, Atlantic became a wholly owned subsidiary of Warner Bros.-Seven Arts, now the Warner Music Group, and expanded into rock and pop music with releases by Led Zeppelin and Yes.

Popular, Inc., doing business as Banco Popular in Puerto Rico and the Virgin Islands and as Popular Bank in the mainland United States, is a financial services conglomerate that has operated in Puerto Rico for over 125 years and in the mainland United States for over 52 years. In recent years, it has expanded into other areas of the Caribbean and Central America. The BPPR in the logo stands for Banco Popular de Puerto Rico, where the bank has its major historical footprint. 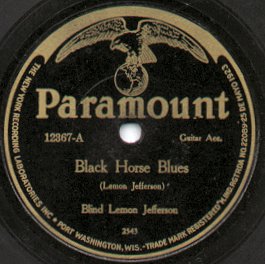 Paramount Records was an American record label known for its recordings of jazz and blues in the 1920s and early 1930s, including such artists as Ma Rainey and Blind Lemon Jefferson.

Famous Players Limited Partnership, DBA Famous Players, is a Canadian-based subsidiary of Cineplex Entertainment. As an independent company, it existed as an film exhibitor and cable television service provider. Famous Players operated numerous movie theatre locations in Canada from British Columbia to Newfoundland and Labrador. The company was owned by Viacom Canada but was sold to Onex Corporation-owned Cineplex Galaxy LP in 2005.

Paramount Records was a record label started in 1969 by Paramount Pictures after acquiring the rights to the name from George H. Buck. A previous Paramount Records, active between 1917 and 1932, had been unconnected to Paramount Pictures. The new Paramount label reissued pop releases by sister label Dot Records, which became a country label. It also released new albums from other pop musicians and soundtracks to Paramount films such as Paint Your Wagon, among others. Cast members of the Paramount Television series The Brady Bunch were signed, and the label issued several tie-in albums and singles.

Don F. Gaston is an American businessman who served as an Executive Vice President of Gulf and Western Industries and Chairman of the Boston Celtics.

The first incarnation of Paramount Television was the television production division of the American film studio Paramount Pictures, operating from 1967 to 2006.