By 1981, MGM/CBS had expanded from VHS and Betamax to RCA's CED system as well. In 1982, CBS withdrew from the MGM joint venture. The MGM/CBS company reorganized into MGM/UA Home Video.

The CBS/Fox joint venture was reorganized in 1990, with Key Video and Playhouse Video ceasing operations, and Fox Video was created to release the mainstream output of 20th Century Fox. CBS continued to issue their product and programming under the Fox Video label until 1998, and utilized the CBS/Fox label for BBC Video programs until 1999. In 1999, CBS/Fox Video was folded into 20th Century Fox Home Entertainment (now called 20th Century Studios Home Entertainment since 2020).

The CBS/Fox Company doing business under the brand CBS/Fox Video, was a home video entertainment company formed and established in June 1982, as a merger between 20th Century-Fox Video and CBS Video Enterprises. CBS/Fox released videos in the VHS, Laserdisc, and Betamax home video formats.

Ocean Shores Video Co., Ltd.(Chinese: 海岸貢獻錄影 有限公司 or Chinese: 海岸貢獻) is the home video division of Win's Entertainment Co Ltd. The company is owned by Television Broadcasts Limited the entertainment division of Panasonic, Pioneer and Philips was a Hong Kong based distributor of martial arts films in the 1980s. 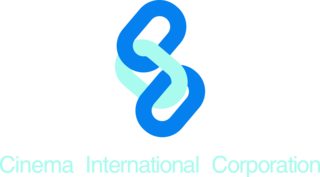 Cinema International Corporation (CIC) was a film distribution company started by Paramount Pictures and Universal Pictures in the early 1970s to distribute the two studios' films outside the United States – it even operated in Canada before it was considered part of the "domestic" market. During the 1970s, CIC was the "most important agent of overseas distribution" for American films. In 1981, CIC merged with United Artists' international units and became United International Pictures. Formation of CIC, and the profit-sharing arrangement that made it work, has been described as the product of "revolutionary thinking".

The Warner Archive Collection is a home video division for releasing classic and cult films from Warner Bros.' library. It started as a manufactured-on-demand (MOD) DVD series by Warner Bros. Home Entertainment on March 23, 2009, with the intention of putting previously unreleased catalog films on DVD for the first time. In November 2012, Warner expanded the Archive Collection to include Blu-ray releases, Some Warner Archive releases, such as Wise Guys, previously had a pressed DVD release but have lapsed out of print and have since being re-released as part of the Warner Archive collection.