The channel was launched in March 1997 by CBS as CBS Eye on People, and featured news and human interest stories from CBS News.

The channel suffered significant losses, in part because few cable providers were willing to carry it. By the end of its first year on the air, it was only available in 11 million homes, less than half of what most cable channels need to turn a profit. In mid-1998, it was announced that Discovery Communications would buy 50 percent of the channel and take operational control. It dropped "CBS" from its title to become simply Eye on People. [1]

On January 11, 1999, Discovery bought out CBS Corporation's stake in Eye on People, which was renamed Discovery People. [2]

Fox Sports Networks (FSN), formerly known as Fox Sports Net, is the collective name for a group of regional sports channels in the United States owned by Diamond Sports Group, a joint-venture company of the Sinclair Broadcast Group and Entertainment Studios. Formed in 1996 by News Corporation, the networks were acquired by The Walt Disney Company in March 2019 following its acquisition of 21st Century Fox. A condition of that acquisition imposed by the U.S. Department of Justice required Disney to sell the regional networks by June 18, 2019, 90 days after the completion of its acquisition. Disney subsequently agreed to sell the networks to Sinclair; the transaction was completed on August 22, 2019. The networks continue to use the Fox Sports name only under a transitional license agreement while rebranding options were explored. A rebranding cross-partnership with Bally's Corporation is due to take effect in 2021. 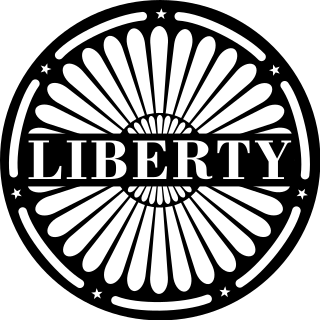 Liberty Media Corporation is an American mass media company controlled by chairman John C. Malone. The company has three divisions, reflecting the company's ownership stakes in Formula One, SiriusXM, and the Atlanta Braves.

WGCL-TV, virtual channel 46, is a CBS-affiliated television station licensed to Atlanta, Georgia, United States. The station is owned by the Meredith Local Media subsidiary of Des Moines, Iowa-based Meredith Corporation, as part of a duopoly with independent station WPCH-TV. The two stations share studios on 14th Street Northwest in Atlanta's Atlantic Station district; WGCL-TV's transmitter is located near Shepherds Lane and Arnold Avenue in the Woodland Hills section of northeastern Atlanta. On cable, the station is available on Charter Spectrum channel 4 in both standard and high definition, and on Comcast Xfinity channels 9 (SD) and 809 (HD).

Tribune Broadcasting Company, LLC was an American media company which operated as a subsidiary of Tribune Media, a media conglomerate based in Chicago, Illinois. The group owned and operated television and radio stations throughout the United States, as well as full- or partial-ownership of cable television and national digital subchannel networks.

Golf Channel is an American sports television network owned by the NBC Sports Group division of NBCUniversal, a subsidiary of Comcast. The channel focuses on coverage of the sport of golf, including live coverage of tournaments, as well as factual and instructional programming. Via the Golf Channel unit, Comcast also owns other golf-related businesses, including the course reservation service GolfNow, online golf instruction provider Revolution Golf, and the World Long Drive Championship

Nexstar Media Group, Inc. is a publicly traded American telecommunications company with headquarter offices in Irving, Texas, New York City, and Chicago. The company is the largest television station owner in the United States, owning 197 television stations across the U.S., most of which are affiliates with the four "major" U.S. television networks. It also operates all of the stations owned by affiliated companies, such as Mission Broadcasting and Vaughan Media, under local marketing agreements.

CBS Telenoticias was a subscription news television channel operated by CBS, headquartered in Miami. It was the first news channel to broadcast its programming in Spanish and Portuguese languages to Latin America.

ABC Family Worldwide is a subsidiary of Walt Disney Television that is responsible for the operations of the U.S. cable network Freeform and the Canadian cable network ABC Spark. The company was originally formed as International Family Entertainment, a spin-off of the Christian Broadcasting Network's cable network The Family Channel. 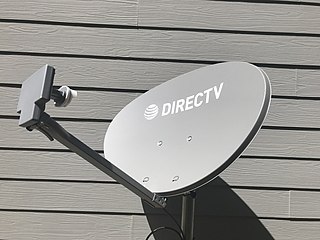 DirecTV is an American direct broadcast satellite service provider based in El Segundo, California, and is a subsidiary of AT&T. Its satellite service, launched on June 17, 1994, transmits digital satellite television and audio to households in the United States, Latin America, and the Caribbean. Its primary competitors are Dish Network, Orby TV, and cable television providers. On July 24, 2015, after receiving approval from the United States Federal Communications Commission and United States Department of Justice, AT&T acquired DirecTV in a transaction valued at $67.1 billion.

CBS Television Stations is a division of the CBS Entertainment Group unit of ViacomCBS that owns and operates a group of American television stations. As of January 2021, ViacomCBS owns 29 stations, broken down as follows: fifteen are the core stations of the CBS Television Network; eight are aligned with The CW Television Network, which is co-owned by ViacomCBS with WarnerMedia; one Start TV affiliate, and five independent stations, two of which carry the MyNetworkTV programming service in primetime.