BBC East's television output (broadcast on BBC One) consists of its flagship regional news service BBC Look East , including an opt-out service for the west of the region, the topical magazine programme Inside Out, and a 20-minute opt-out during Sunday Politics .

On weekdays, all six stations open transmission at 4 am with a shared regional early morning show before carrying local programming between 6 am and 10 pm. There is also a shared regional programme broadcast across the stations from 10 pm to 1 am on weeknights, except for BBC Essex who has a stand-alone schedule, and other shared programmes at weekends.

In the mid-1950s, the BBC had a temporary headquarters in Norwich at No. 35 All Saints Green. [1] In September 1956 they moved to a new, larger headquarters at the nearby St Catherine's Close. [1] [2] From here, editions of radio programmes such as Midlands Miscellany were broadcast into the Midlands Home Service before the end of 1956. [3]

The opening of the Tacolneston transmitting station enabled programmes to be broadcast from Norwich purely for East Anglia on the VHF edition of the Home Service, and regular broadcasts from St Catherine's Close began on Tuesday 5 February 1957. [4] [5] Daily news bulletins for East Anglia began on Monday 10 March 1958, on VHF from the Norwich studios, under the supervision of Richard Robinson. [6]

The first television news bulletin for the east from St Catherine's Close was broadcast on 5 October 1959. [5] These initial bulletins were only three minutes per night, but in 1962 were extended to ten minutes and the bulletins named East Anglia at Six Ten. [5] In 1964, the programme was extended to 20 minutes in length and renamed Look East , a title the programme still goes under today.

The Norwich-based operation was initially a satellite of the larger BBC Midland region, based in Birmingham. East Anglia was given greater autonomy within the BBC in 1969 after the Broadcasting in the Seventies report recommended the large Midlands and East Anglia region should be split into two.

During 1997, an opt-out service (originally titled Close Up) was introduced to provide local bulletins for Northamptonshire, Bedfordshire, Cambridgeshire, Hertfordshire, Peterborough and Milton Keynes.

Until 1980, regional radio programming was provided by an East Anglia opt-out on BBC Radio 4, consisting largely of daytime news bulletins and a weekday breakfast show, Roundabout East Anglia . The first BBC Local Radio station in the region, Radio Norfolk, was opened on 11 September 1980 and followed by the rollout of stations in Cambridgeshire (1 May 1982), Northamptonshire (16 June 1982), the Three Counties of Bedfordshire, Hertfordshire & Buckinghamshire (24 June 1985), Essex (5 November 1986) and Suffolk (12 April 1990).

BBC East's main headquarters and studios are based at The Forum on Millennium Plain in Norwich, having moved from St Catherine's Close in 2003. The move to The Forum was a result of a number of factors: the listed status of the building restricted much of what the BBC did there, the location was less central than the BBC wanted, their ideal location being in Norwich city centre, the equipment was becoming old and needed replacing, and the Disability Discrimination Act meant that their headquarters now needed major modifications to comply with the law.

BBC East also has radio and television studios at the Cambridge Business Park, on Cowley Road in the city, where both Look East's West opt-out and Radio Cambridgeshire are based. Local radio studios and television bureaux are also located in Chelmsford, Northampton, Ipswich, and Dunstable. 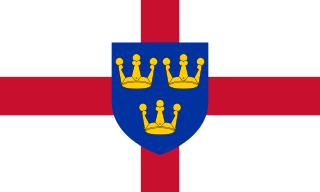 East Anglia is a geographical area in the East of England. The area included has varied but the legally defined NUTS 2 statistical unit comprises the counties of Norfolk, Suffolk and Cambridgeshire, including the City of Peterborough unitary authority area. The name derives from the Anglo-Saxon kingdom of the East Angles, a tribe whose name originated in Anglia, in what is now northern Germany. 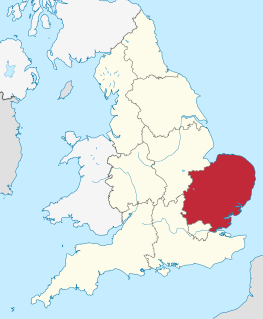 The East of England is one of the nine official regions of England. This region was created in 1994 and was adopted for statistics purposes from 1999. It includes the ceremonial counties of Bedfordshire, Cambridgeshire, Essex, Hertfordshire, Norfolk and Suffolk. Essex has the highest population in the region. 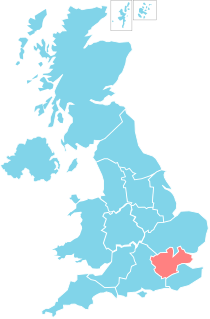 Look East is the name of two separate BBC regional television news programmes for the East of England made by BBC East. 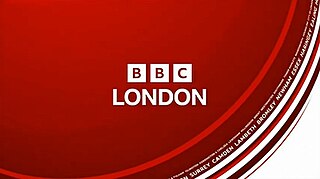 The Tacolneston transmitting station is a facility for both analogue and digital VHF/FM radio and UHF television transmission near Tacolneston, 11 miles (18 km) south-west of Norwich, Norfolk, England. 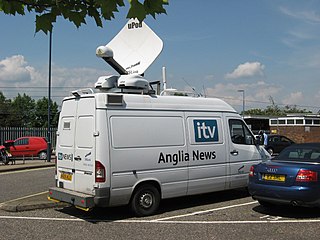 ITV News Anglia is the evening news programme produced by ITV Anglia and broadcasting to the East of England. It broadcasts for thirty minutes each Monday to Friday from 18:00, covering regional news stories, features, sport and weather. It is presented by Becky Jago and Jonathan Wills. Shorter bulletins air at other times.

About Anglia was a regional news magazine programme produced by Anglia Television in the east of England, broadcast for over thirty years from 1960 to 1990.

Sandy Heath transmitting station is a television broadcast station located between Sandy, Bedfordshire and Potton near the B1042. It is owned by Arqiva, formerly NTL Broadcast. It was built in 1965, originally broadcasting Anglia Television on VHF 405-lines, UHF with 625-line services of BBC2, BBC1, and Anglia Television being added by January 1971. It carried Channel 4 and Channel 5 from their launch days, Channel 5 at lower power than the other four services. Today it broadcasts digital television on the DTT platform as Digital Switchover took place on 13 April 2011. On 17 June 2018, as part of the 700MHz clearance, Com5 moved from Ch52 to Ch36 ,Com7 moved from Ch32 to Ch55 and Com8 moved from Ch34 to Ch56

Heart Cambridgeshire was a local radio station owned and operated by Global Radio as part of the Heart network. It broadcast to Cambridgeshire, Huntingdonshire and eastern Northamptonshire and parts of surrounding counties from studios in Cambridge.

Heart Four Counties was a local radio station owned and operated by Global Radio as part of the Heart network. It broadcast to Bedfordshire, Buckinghamshire, Hertfordshire and Northamptonshire.

Heart East Anglia was a local radio station owned and operated by Global Radio as part of the Heart network. It broadcast to Norfolk and Suffolk from studios in Norwich.

This is a timeline of the history of Anglia Television.

Heart East is a regional radio station owned and operated by Global as part of the Heart network. It broadcasts to the East of England from studios in Milton Keynes.