The Eastern Daily Press (EDP) is a regional newspaper covering Norfolk, and northern parts of Suffolk and eastern Cambridgeshire, and is published daily in Norwich, UK.

Founded in 1870 as a broadsheet called the Eastern Counties Daily Press, it changed its name to the Eastern Daily Press in 1872. It switched to the compact (tabloid) format in the mid-1990s. The paper is now owned and published by Archant, formerly known as Eastern Counties Newspapers Group. It aims to represent the interests of the local population in the region in a non-partisan way, its mission statement being to "champion a fair deal for the future prosperity of the region". Despite its commitment to regional issues, the EDP also covers national (and international) news and sport.

The Marion Star is a newspaper in Marion, Ohio. The paper is owned by the Gannett Newspaper organization, the paper is also notable as having once been owned and published by Warren G. Harding, and his wife Florence Kling Harding. 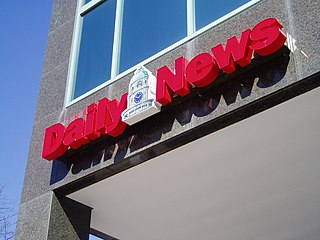 The MetroWest Daily News is an American daily newspaper published in Framingham, Massachusetts, serving the MetroWest region of suburban Boston. The newspaper is owned by Gannett.

The South Wales Evening Post is a tabloid daily newspaper distributed in the South West region of Wales The paper has three daily editions – Swansea, Neath and Port Talbot and Carmarthenshire – and is published by Media Wales, part of the Reach plc group. The current editor is Jonathan Roberts. As the name suggests, it had previously been an evening paper, but later moved to a morning daily.

The Norwich Evening News is a daily local newspaper published in Norwich, Norfolk, England. It covers the city and the surrounding suburbs, and is published by Archant. It is the best-selling newspaper in Norwich. As of 28 February 2011 the paper is printed for 6am, as the stories are written the day before.

The Evening Chronicle, now referred to in print as The Chronicle, is a daily newspaper produced in Newcastle upon Tyne, covering Tyne and Wear, southern Northumberland and northern County Durham. The Evening Chronicle is published by ncjMedia, a division of Reach plc. It has a circulation of 26,811 as of 2016, down −12.3% year on year. 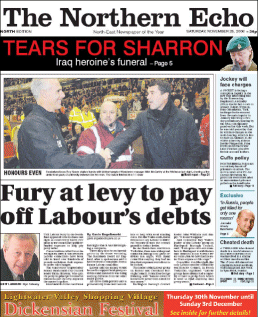 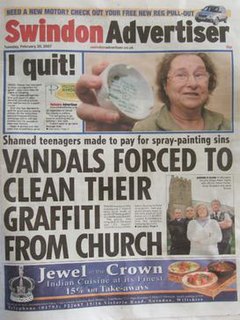 The TimesDaily is the daily newspaper for Florence, Alabama. The TimesDaily covers a four-county region in Alabama including Lauderdale, Colbert, Franklin, and Lawrence counties, as well as portions of southern Tennessee and northeast Mississippi. In addition to editorial offices in Florence, The TimesDaily maintains a state capital bureau in Montgomery.

Korzár is a regional newspaper published in Košice, Slovakia.