The newspaper is owned by Reach plc, [5] who also own the Daily Mirror [6] and the Birmingham Post , [7] the weekly business tabloid sold in the Birmingham area. The current Birmingham Mail editor is Graeme Brown, who is also editor-in-chief of the Birmingham Post, the Sunday Mercury, and their sister website BirminghamLive.[ citation needed ] A former editor is Marc Reeves, [8] and another previous editor of the newspaper was David Brookes, [9] who held the role from 2009 until 2014.

The daily circulation of the paper is 14,458, as of December 2018. [10] [ needs update ] However, the digital arm, under the BirminghamLive banner, is regularly visited by more than 15 million people a month, generating more than 50 million page impressions.[ citation needed ] 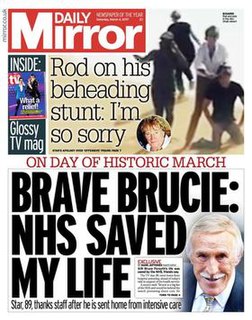 Reach plc is a British newspaper, magazine and digital publisher. It is one of Britain's biggest newspaper groups, publishing 240 regional papers in addition to the national Daily Mirror, Sunday Mirror, The Sunday People, Daily Express, Sunday Express, Daily Star, Daily Star Sunday as well as the Scottish Daily Record and Sunday Mail and the magazine OK!. Since purchasing Local World, it has gained 83 print publications. Reach plc's headquarters are at Canary Wharf in London. Listed on the London Stock Exchange, it is a constituent of the FTSE SmallCap Index. 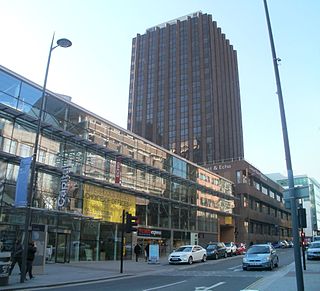 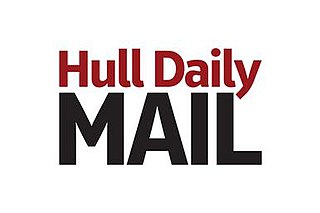 The Leicester Mercury is a British regional newspaper for the city of Leicester and the neighbouring counties of Leicestershire and Rutland. The paper began in the 19th century as the Leicester Daily Mercury and later changed to its present title. 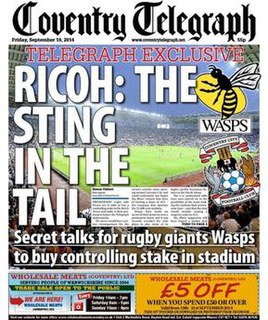 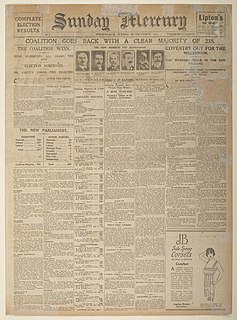 Sunday Mercury is a Sunday tabloid published in Birmingham, UK, and now owned by Reach plc.

The Herald is a Reach plc newspaper serving Plymouth. Its website and social media were rebranded as Plymouth Live in 2018. Its editor is Edd Moore.

The Bristol Post is a city/regional five-day-a-week newspaper covering news in the city of Bristol, including stories from the whole of Greater Bristol, North Somerset and South Gloucestershire. It was titled the Bristol Evening Post until April 2012. The website was relaunched as Bristol Live in April 2018. It is owned by Reach PLC, formerly known as Trinity Mirror.

Local World Holdings Ltd. was a large regional newspaper publisher in the UK that published around 100 print titles and more than 70 websites. It was formed in 2012 by David Montgomery, a former chief executive of Trinity Mirror, to buy the Daily Mail and General Trust's Northcliffe Media business, and the Yattendon Group's Iliffe newspaper group. 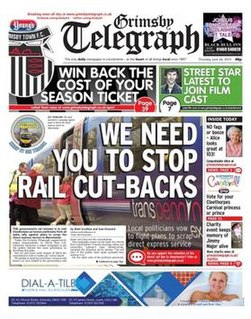 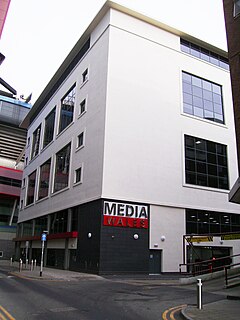