Dirac is an open and royalty-free video compression format, [2] specification and system developed by BBC Research & Development. [3] [4] [5] [6] Schrödinger and dirac-research (formerly just called "Dirac") are open and royalty-free software implementations (video codecs) of Dirac. Dirac format aims to provide high-quality video compression for Ultra HDTV and beyond, [4] and as such competes with existing formats such as H.264 and VC-1.

The specification was finalised in January 2008, and further developments are only bug fixes and constraints. [1] In September of that year, version 1.0.0 of an I-frame only subset known as Dirac Pro was released [7] and has since been standardised by the SMPTE as VC-2. [5] [8] Version 2.2.3 of the full Dirac specification, including motion compensation and inter-frame coding, was issued a few days later. [9] Dirac Pro was used internally by the BBC to transmit HDTV pictures at the Beijing Olympics in 2008. [10] [11] [12]

The format implementations are named in honour of the theoretical physicists Paul Dirac and Erwin Schrödinger, who shared the 1933 Nobel Prize in physics.

Dirac supports resolutions of HDTV (1920×1080) and greater, and is claimed to provide significant savings in data rate and improvements in quality over video compression formats such as MPEG-2 Part 2, MPEG-4 Part 2 and its competitors, e.g. Theora, and WMV. Dirac's implementers make the preliminary claim of "a two-fold reduction in bit rate over MPEG-2 for high definition video", [13] which makes it comparable to standards such as H.264/MPEG-4 AVC and VC-1.

Dirac supports both constant bit rate and variable bit rate operation. When the low delay syntax is used, the bit rate will be constant for each area (Dirac slice) in a picture to ensure constant latency. Dirac supports lossy and lossless compression modes. [14]

Dirac employs wavelet compression, like the JPEG 2000 and PGF image formats and the Cineform professional video codec, instead of the discrete cosine transforms used in MPEG compression formats. Two of the specific wavelets Dirac can use are nearly identical to JPEG 2000's (known as the 5/3 and 9/7 wavelets), as well as two more derived from them. [15]

Dirac can be used in AVI, Ogg and Matroska container formats and is also registered for use in the MPEG-4 file format [16] and MPEG-2 transport streams. [17]

Dirac Pro was proposed to the SMPTE for standardisation. [5] [18] [19] The Dirac Pro specification defines an I-frame only subset of the main Dirac Specification, aimed for professional and studio use in high bitrate applications. [1] [20] In 2010, the SMPTE standardised Dirac Pro as VC-2. [8] [21]

The basic spec was updated in 2012, adding a new profile for lossless and near-lossless archiving. [23]

Two software implementations of the specification currently exist. The first is the BBC's reference implementation, formerly just called Dirac but renamed dirac-research to avoid confusion. It is written in C++ and released under the Mozilla Public License, GNU GPL 2 and GNU LGPL free software licenses. Version 1.0.0 of this implementation was released on 17 September 2008.

A second implementation called Schrödinger was funded by the BBC and aims to provide high-performance, portable version of the codec whilst remaining 100% bitstream compatible. Schrödinger is written in ANSI C and released under the same licenses as dirac-research, as well as the highly-permissive MIT License. The Schrödinger project also provides GStreamer plugins to enable the library to be used with that framework. On 22 February 2008, Schrödinger 1.0.0 was released. [24] This release was able to decode HD720/25p in real-time on a Core Duo laptop.

An encoder quality testing system has been put in place at BBC to check how well new encoding tools work and to make sure bugs that affect quality are quickly fixed.

The BBC does not own any patents on Dirac. They previously had some patent applications with plans to irrevocably grant a royalty-free licence for their Dirac-related patents to everyone, but they let the applications lapse. In addition, the developers have said they will try to ensure that Dirac does not infringe on any third party patents, enabling the public to use Dirac for any purpose. [26]

As of November 2008, Dirac video playback is supported by VLC media player (version 0.9.2 or newer), and by applications using the GStreamer framework (such as Songbird, Rhythmbox and Totem). Support has also been added to FFmpeg. [27]

Applications which can encode to Dirac include MediaCoder, LiVES and OggConvert, as well as FFmpeg.

The algorithms in the Dirac specification have been designed with the intention to provide a competitive performance as compared to state-of-the-art international standards. Whether they[ who? ] succeeded is an open question;[ why? ] while at least one comparison exists which used implementations from the second quarter of 2008—it shows x264 scoring higher than Dirac [28] —it is now somewhat out of date. [28] A study on the performances of the Dirac codec, dated from August 2009, finds that the quality obtained on SDTV is inferior to the H.264 output [29] and did not include HD content.

H.263 is a video compression standard originally designed as a low-bit-rate compressed format for videoconferencing. It was standardized by the ITU-T Video Coding Experts Group (VCEG) in a project ending in 1995/1996. It is a member of the H.26x family of video coding standards in the domain of the ITU-T. 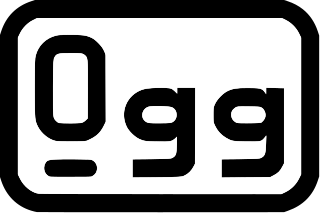 Ogg is a free, open container format maintained by the Xiph.Org Foundation. The creators of the Ogg format state that it is unrestricted by software patents and is designed to provide for efficient streaming and manipulation of high-quality digital multimedia. Its name is derived from "ogging", jargon from the computer game Netrek.

Theora is a free lossy video compression format. It is developed by the Xiph.Org Foundation and distributed without licensing fees alongside their other free and open media projects, including the Vorbis audio format and the Ogg container.

Windows Media Video (WMV) is a series of video codecs and their corresponding video coding formats developed by Microsoft. It is part of the Windows Media framework. WMV consists of three distinct codecs: The original video compression technology known as WMV, was originally designed for Internet streaming applications, as a competitor to RealVideo. The other compression technologies, WMV Screen and WMV Image, cater for specialized content. After standardization by the Society of Motion Picture and Television Engineers (SMPTE), WMV version 9 was adapted for physical-delivery formats such as HD DVD and Blu-ray Disc and became known as VC-1. Microsoft also developed a digital container format called Advanced Systems Format to store video encoded by Windows Media Video.

SMPTE 421M, informally known as VC-1, is a video coding format. Most of it was initially developed as Microsoft's proprietary video format Windows Media Video 9 in 2003. With some enhancements including the development of a new Advanced Profile, it was officially approved as a SMPTE video codec standard on April 3, 2006. The technology was developed with contributions from a number of companies, with the majority of patent contributions from Microsoft, Panasonic, LG Electronics and Samsung Electronics.

Avid DNxHD is a lossy high-definition video post-production codec developed by Avid for multi-generation compositing with reduced storage and bandwidth requirements. It is an implementation of SMPTE VC-3 standard.

Α video codec is software or a device that provides encoding and decoding for digital video, and which may or may not include the use of video compression and/or decompression. Most codecs are typically implementations of video coding formats.

H.264 and VC-1 are popular video compression standards gaining use in the industry as of 2007.

AVC-Intra is a type of video coding developed by Panasonic, and then supported in products made by other companies. AVC-Intra is available in Panasonic's high definition broadcast products, such as, for example, their P2 card equipped broadcast cameras.

M2TS is a filename extension used for the Blu-ray Disc Audio-Video (BDAV) MPEG-2 Transport Stream (M2TS) container file format. It is used for multiplexing audio, video and other streams. It is based on the MPEG-2 transport stream container. This container format is commonly used for high definition video on Blu-ray Disc and AVCHD.

VP8 is an open and royalty-free video compression format created by On2 Technologies as a successor to VP7 and owned by Google from 2010.

CineForm Intermediate is an open source video codec developed for CineForm Inc by David Taylor, David Newman and Brian Schunck. On March 30, 2011, the company was acquired by GoPro which in particular wanted to use the 3D film capabilities of the CineForm 444 Codec for its 3D HERO System.

Sorenson Media was an American software company specializing in video encoding technology. Established in December 1995 as Sorenson Vision, the company developed technology which was licensed and ultimately acquired from Utah State University. The company first announced its codec at a developer’s preview at MacWorld Expo in January 1997.