Last updated October 27, 2022
Not to be confused with Business Insiders.
Financial and business news website

Insider, previously named Business Insider (BI), is an American financial and business news website founded in 2007. Since 2015, a majority stake in Business Insider's parent company Insider Inc. has been owned by the German publishing house Axel Springer. It operates several international editions, including one in the United Kingdom.

Insider publishes original reporting and aggregates material from other outlets. As of 2011 [update] , it maintained a liberal policy on the use of anonymous sources. It has also published native advertising and granted sponsors editorial control of its content. The outlet has been nominated for several awards, but is criticized for using factually incorrect clickbait headlines to attract viewership.

In February 2021, the brand was renamed simply Insider. [1] In 2022, Insider won the Pulitzer Prize for Illustrated Reporting and Commentary for its reporting on the Uyghur genocide. [2]

Business Insider was launched in 2007 [3] and is based in New York City. Founded by DoubleClick's former CEO Kevin P. Ryan, Dwight Merriman, and Henry Blodget, [4] the site began as a consolidation of industry vertical blogs, the first of them being Silicon Alley Insider (launched May 16, 2007) and Clusterstock (launched March 20, 2008). [5] In addition to providing and analyzing business news, the site aggregates news stories on various subjects. [6] It started a UK edition in November 2014, [7] [8] and a Singapore bureau in September 2020. [9] BI's parent company is Insider Inc. [9]

After Axel Springer SE purchased Business Insider in 2015, a substantial portion of its staff left the company. According to a CNN report, some staff who exited complained that "traffic took precedence over enterprise reporting". [10] In 2018, staff members were asked to sign a confidentiality agreement that included a nondisparagement clause requiring them not to criticize the site during or after their employment. [11]

Early in 2020, CEO Henry Blodget convened a meeting in which he announced plans for the website to acquire 1 million subscribers, 1 billion unique visitors per month, and over 1,000 newsroom employees. [12] The parent companies of Business Insider and eMarketer merged in 2020 in connection with the proposed purchase of Axel Springer by KKR, an American private equity firm. [13] In October 2020, BI's parent company purchased a majority position in Morning Brew, a newsletter. [14]

Glenn Greenwald has critiqued the reliability of Business Insider, along with that of publications including The Wall Street Journal , Yahoo! News, and Slate . [27] In 2010, Business Insider falsely reported that New York Governor David Paterson was slated to resign; [28] BI had earlier reported a false story alleging that Steve Jobs experienced a heart attack. [29]

In April 2011, Blodget sent out a notice inviting publicists to "contribute directly" to Business Insider. [30] As of September 2011 [update] , Business Insider allowed the use of anonymous sources "at any time for any reason", a practice which many media outlets prefer to avoid or at least indicate why a source is not identified. [31] [32] According to the World Association of Newspapers and News Publishers, Business Insider gave SAP "limited editorial control" over the content of its "Future of Business" section as of 2013 [update] . [33] The website publishes a mix of original reporting and aggregation of other outlets' content. [34] [35] Business Insider has also published native advertising. [36]

In January 2009, the Clusterstock section appeared in Time 's list of 25 best financial blogs, [37] and the Silicon Alley Insider section was listed in PC Magazine 's list of its "favorite blogs of 2009". [38] 2009 also saw Business Insider's selection as an official Webby honoree for Best Business Blog. [39]

In 2012, Business Insider was named to the Inc. 500. In 2013, the publication was once again nominated in the Blog-Business category at the Webby Awards. [40] In January 2014, The New York Times reported that Business Insider's web traffic was comparable to that of The Wall Street Journal . [41] In 2017, Digiday included imprint Insider as a candidate in two separate categories—"Best New Vertical" and "Best Use of Instagram"—at their annual Publishing Awards. [42]

The website has faced criticism for what critics consider its clickbait-style headlines. [43] [44] [45] [46] A 2013 profile of Blodget and Business Insider in The New Yorker suggested that Business Insider, because it republishes material from other outlets, may not always be accurate. [47]

In 2022, Insider won the Pulitzer Prize for Illustrated Reporting and Commentary for its reporting on the Uyghur genocide. [2] [48] 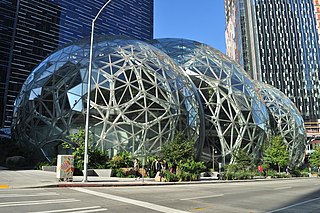 Amazon.com, Inc. is an American multinational technology company focusing on e-commerce, cloud computing, online advertising, digital streaming, and artificial intelligence. It has been referred to as "one of the most influential economic and cultural forces in the world", and is one of the world's most valuable brands. It is one of the Big Five American information technology companies, alongside Alphabet, Apple, Meta, and Microsoft. 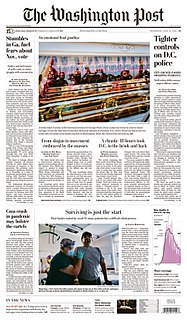 The Washington Post is an American daily newspaper published in Washington, D.C. It is the most widely circulated newspaper within the Washington metropolitan area and has a large national audience. Daily broadsheet editions are printed for D.C., Maryland, and Virginia. 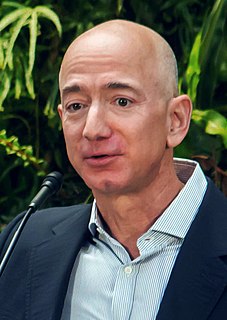 Jeffrey Preston Bezos is an American entrepreneur, media proprietor, investor, computer engineer, and commercial astronaut. He is the founder, executive chairman, and former president and CEO of Amazon. With a net worth of around US$139 billion as of October 2022, Bezos is the third-wealthiest person in the world and was the wealthiest from 2017 to 2021 according to both Bloomberg's Billionaires Index and Forbes. 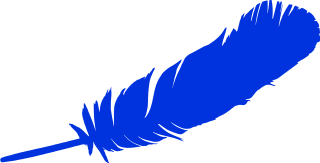 Blue Origin, LLC is an American privately funded aerospace manufacturer and sub-orbital spaceflight services company headquartered in Kent, Washington. Founded in 2000 by Jeff Bezos, the founder and executive chairman of Amazon, the company is led by CEO Bob Smith and aims to make access to space cheaper and more reliable through reusable launch vehicles. Rob Meyerson led Blue Origin from 2003 to 2017 and served as its first president. Blue Origin is employing an incremental approach from suborbital to orbital flight, with each developmental step building on its prior work. The company's name refers to the blue planet, Earth, as the point of origin.

Henry McKelvey Blodget is an American businessman, investor and journalist. He is notable for his former career as an equity research analyst who was senior Internet analyst for CIBC Oppenheimer and the head of the global Internet research team at Merrill Lynch during the dot-com era. Due to his violations of securities laws and subsequent civil trial conviction, Blodget is permanently banned from involvement in the securities industry. Blodget is the CEO of Business Insider. 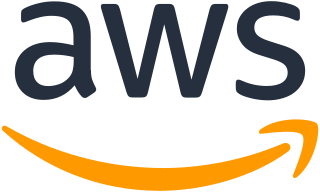 Amazon Web Services, Inc. (AWS) is a subsidiary of Amazon that provides on-demand cloud computing platforms and APIs to individuals, companies, and governments, on a metered pay-as-you-go basis. These cloud computing web services provide distributed computing processing capacity and software tools via AWS server farms. One of these services is Amazon Elastic Compute Cloud (EC2), which allows users to have at their disposal a virtual cluster of computers, available all the time, through the Internet. AWS's virtual computers emulate most of the attributes of a real computer, including hardware central processing units (CPUs) and graphics processing units (GPUs) for processing; local/RAM memory; hard-disk/SSD storage; a choice of operating systems; networking; and pre-loaded application software such as web servers, databases, and customer relationship management (CRM).

HuffPost is an American liberal news aggregator and blog, with localized and international editions. The site offers news, satire, blogs, and original content, and covers politics, business, entertainment, environment, technology, popular media, lifestyle, culture, comedy, healthy living, women's interests, and local news featuring columnists. It was created to provide a liberal alternative to the conservative news websites such as the Drudge Report. The site offers content posted directly on the site as well as user-generated content via video blogging, audio, and photo. In 2012, the website became the first commercially run United States digital media enterprise to win a Pulitzer Prize. 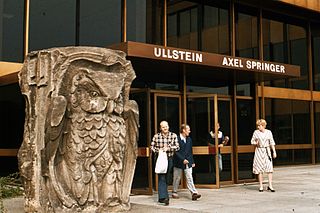 Complex Networks is an American media and entertainment company for youth culture, based in New York City. It was founded as a bi-monthly magazine, Complex, by fashion designer Marc (Ecko) Milecofsky. Complex Networks reports on popular and emerging trends in style, sneakers, food, music, sports and pop culture. Complex Networks reached over 90 million unique users per month in 2013 across its owned and operated and partner sites, socials and YouTube channels. The print magazine ceased publication with the December 2016/January 2017 issue. Complex currently has 4.55 million subscribers and 1.3 billion total views on YouTube. As of 2019, the company's yearly revenue was estimated to be US$200 million, 15% of which came from commerce.

Politico, known originally as The Politico, is an American, German-owned political journalism newspaper company based in Arlington County, Virginia, that covers politics and policy in the United States and internationally. It primarily distributes content online but also with printed newspapers, radio, and podcasts. Its coverage in Washington, D.C., includes the U.S. Congress, lobbying, the media, and the presidency.

BuzzFeed, Inc. is an American Internet media, news and entertainment company with a focus on digital media. Based in New York City, BuzzFeed was founded in 2006 by Jonah Peretti and John S. Johnson III to focus on tracking viral content. Kenneth Lerer, co-founder and chairman of The Huffington Post, started as a co-founder and investor in BuzzFeed and is now the executive chairman.

MacKenzie Scott is an American novelist and philanthropist. As of September 2022, she has a net worth of US$33.4 billion, owing to a 4% stake in Amazon, the company founded by her ex-husband Jeff Bezos. As such, Scott is the third-wealthiest woman in the United States and the 21st-wealthiest individual in the world. Scott was named one of the world's most powerful women by Forbes in 2021, and one of Time's 100 Most Influential People of 2020.

Snapchat is an American multimedia instant messaging app and service developed by Snap Inc., originally Snapchat Inc. One of the principal features of Snapchat is that pictures and messages are usually only available for a short time before they become inaccessible to their recipients. The app has evolved from originally focusing on person-to-person photo sharing to presently featuring users' "Stories" of 24 hours of chronological content, along with "Discover", letting brands show ad-supported short-form content. It also allows users to store photos in a password-protected area called "my eyes only". It has also reportedly incorporated limited use of end-to-end encryption, with plans to broaden its use in the future.

Insider Inc. is an American online media company known for publishing the financial news website Insider and other news and media websites. It is a subsidiary of the German publisher Axel Springer SE, the largest in Europe. 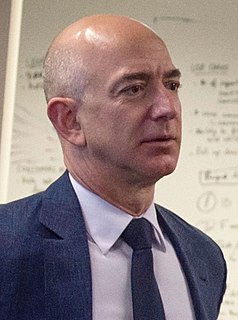 Amazon.com, Inc. is an American multinational technology company which focuses on e-commerce, cloud computing, digital streaming, and artificial intelligence. It has been referred to as "one of the most influential economic and cultural forces in the world", and is one of the world's most valuable brands.

Wikimedia Commons has media related to Business Insider .
This page is based on this Wikipedia article
Text is available under the CC BY-SA 4.0 license; additional terms may apply.
Images, videos and audio are available under their respective licenses.