The Mark Lynton History Prize is an annual award in the amount of $10,000 given to a book "of history, on any subject, that best combines intellectual or scholarly distinction with felicity of expression". [1] The prize is one of three awards given as part of the J. Anthony Lukas Book Prize administered by the Nieman Foundation for Journalism [2] and by the Columbia University School of Journalism. [3]

The prize is named in honor of Mark Lynton, a refugee from Nazi Germany, Second World War officer, and automobile industry executive. In 1939 Lynton was a Jewish German-born student, studying history at Cambridge when he and other German nationals were rounded up and interned in detention camps in England and Canada as enemy aliens, suspected of being Nazi sympathizers. When Lynton was released he joined the British Army, became a tank commander, and was later promoted to Major in the occupying force, Army of the Rhine, where he helped interrogate high-ranking Nazi officers. Lynton memorialized his odyssey in his memoir, Accidental Journey: A Cambridge Internee's Memoir of World War II. [4] The prize was established by his wife, Marion, children, Lili and Michael, and grandchildren, Lucinda, Eloise Lynton and Maisie Lynton, to honor Lynton who was an avid reader of history. The Lynton family has underwritten the Lukas Prize Project since its inception in 1998.

Jay Anthony Lukas was an American journalist and author, probably best known for his 1985 book Common Ground: A Turbulent Decade in the Lives of Three American Families. Common Ground is a classic study of race relations, class conflict, and school busing in Boston, Massachusetts, as seen through the eyes of three families: one upper-middle-class white, one working-class white, and one working-class African-American.

John W. Dower is an American author and historian. His 1999 book Embracing Defeat: Japan in the Wake of World War II won the U.S. National Book Award for Nonfiction, the Pulitzer Prize for General Nonfiction, the Bancroft Prize, the Los Angeles Times Book Prize, the Mark Lynton History Prize, and the John K. Fairbank Prize of the American Historical Association.

The Nieman Foundation for Journalism at Harvard University is the primary journalism institution at Harvard. It was founded in 1938 as the result of a $1.4 million bequest by Agnes Wahl Nieman, the widow of Lucius W. Nieman, founder of The Milwaukee Journal. She stated the goal was "to promote and elevate the standards of journalism in the United States and educate persons deemed specially qualified for journalism." It is based at Walter Lippmann House in Cambridge, Massachusetts. 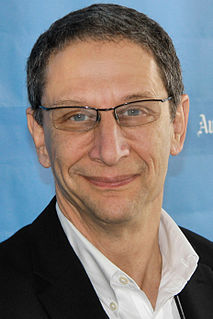 David Louis Finkel is an American journalist. He won a Pulitzer Prize in 2006 as a staff writer at The Washington Post. As of January 2017, he was national enterprise editor at the Post. He has also worked for the Post's foreign staff division. He wrote The Good Soldiers and Thank You for Your Service. He is a 2012 MacArthur Fellow. 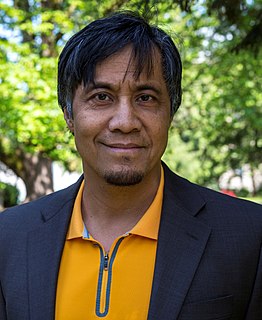 Tomas Alexander Asuncion Tizon was a Filipino-American author and Pulitzer Prize-winning journalist. His book Big Little Man, a memoir and cultural history, explores themes related to race, masculinity, and personal identity. Tizon taught at the University of Oregon School of Journalism and Communication. His final story, titled "My Family's Slave", was published as the cover story of the June 2017 issue of The Atlantic after his death, sparking significant debate.

Mark Roseman (born c. 1958) is an English historian of modern Europe with particular interest in The Holocaust. He received his B.A. at Christ's College, Cambridge and his PhD at the University of Warwick. As of 2007 he holds the Pat M. Glazer Chair of Jewish Studies at Indiana University (Bloomington).

Isabel Wilkerson is an American journalist and the author of The Warmth of Other Suns: The Epic Story of America's Great Migration and Caste: The Origins of Our Discontents. She was the first woman of African-American heritage to win the Pulitzer Prize in journalism.

The J. Anthony Lukas Book Prize is an annual award in the amount of $10,000 given to a book that exemplifies, "literary grace, a commitment to serious research and social concern.” The prize is given by the Nieman Foundation and by the Columbia University School of Journalism.

Suzannah Terry Lessard is an American writer of literary non-fiction. She has written memoir, reportorial pieces, essays, and opinion.

Andrew H. Delbanco is the Alexander Hamilton Professor of American Studies at Columbia University. He is the author of several books, including College: What It Was, Is, and Should Be (2012), which has been translated into Chinese, Korean, Turkish, Russian, and Hebrew. Melville: His World and Work (2005), a finalist for the Los Angeles Times Book Prize in Biography, was awarded the Lionel Trilling Award by Columbia University, and has been translated into German and Spanish. He has written many essays in journals of culture and opinion, especially The New York Review of Books and The New Republic, on American literature and religion, as well as the history and current state of U.S. higher education. 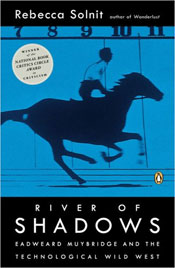 River of Shadows: Eadweard Muybridge and the Technological Wild West is a 2003 book by American writer Rebecca Solnit, published by Viking; in the United Kingdom it was published by Bloomsbury as Motion Studies: Time, Space and Eadweard Muybridge. The book is a biographical portrait of photographer and inventor Eadweard Muybridge, a history of the development of technological change in the West during the later half of the nineteenth century that led to development of the modern film industry in Hollywood and later the information technology industry in Silicon Valley, and an essay focusing on a series of connections between Muybridge's life and the changing human landscape of the American West.

Nikolaus Daniel Wachsmann is a professor of modern European history in the Department of History, Classics and Archaeology at Birkbeck College, University of London.

Edward Alden is an American journalist, author, and the Bernard L. Schwartz senior fellow at the Council on Foreign Relations. Alden specializes in U.S. economic competitiveness, U.S. trade policy, and visa and immigration policy. Alden is the author of The Closing of the American Border:Terrorism, Immigration, and Security Since 9/11, a finalist for the Lukas Book Prize, and Failure to Adjust: How Americans Got Left Behind in the Global Economy.

Frederick Douglass: Prophet of Freedom is a 2018 biography of African-American abolitionist Frederick Douglass, written by historian David W. Blight. It was published in 2018 by Simon & Schuster and won the 2019 Pulitzer Prize for History. 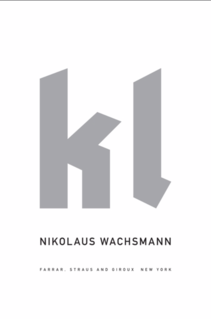 KL: A History of the Nazi Concentration Camps is a 2015 book by Birkbeck College professor Nikolaus Wachsmann.