The Avenida Rio Branco, formerly Avenida Central, is a major road in Rio de Janeiro. It was built as the leading brand of the urban reform carried out by the mayor Pereira Passos in early 20th century. [1]

It is one of the main thoroughfares of the city, being the scene of many important events.

The Rio de Janeiro of the early years of Republic still retained much of its colonial urban grid, which by now seemed outdated and anachronistic. Moreover, the old colonial center of town was overcrowded and prone to diseases such as yellow fever and smallpox. Out of this context came the opening of Central Avenue, part of a major modernization program in Rio de Janeiro following European urban planning and health policies.

The engineer Francisco Pereira Passos was responsible for the reforms, appointed governor of Rio de Janeiro (Distrito Federal) by President Rodrigues Alves in 1902. The works commenced in March 1904 with the demolition of 641 homes, displacing nearly 3,900 people. After six months of work was open from end to end.

At the same time opened up the avenue of Mangue, razed to the Mount of the Senate, widened streets in the center, urbanized part of the edge of Guanabara Bay and began the urbanization of Copacabana among other reforms. At the end of the government of Pereira Passos, in 1906, the city had a new look.

The Central Avenue linking the new port city (where the current Praca Maua) to the region glory, which at that time was expanding urbanism. The engineer Paulo de Frontin, head of the Construction Committee of Central Avenue, was responsible for the project. The new avenue was 1800 meters long and 33 meters wide and three hundred colonial houses were razed in the process to raise modern buildings. The facades of buildings for the Central Avenue were chosen in a contest, in which jurors were, among others, Mayor Pereira Passos, Paulo de Front in the Minister of Transportation and Public Works, Lauro Müller and the Director General of Public Health Oswaldo Cruz.

The buildings are finally constructed work of various architects, usually of European origin, with some Brazilians as Heitor de Melo, Gabriel Junqueira, Francisco Monteiro de Azevedo Caminhoá and Ramos de Azevedo. The first to be erected, now demolished, was the Tobacconist London. In stylistic terms, the construction of Central Avenue is the pinnacle of eclectic style monumental in Rio besides government buildings, rose several hotels, corporate offices, newspapers, clubs, etc.. The predominant style was eclectic Frenchified, but several other models were followed, as the eclectic Italianate, neo-Gothic, neo-classical, among others. The avenue had a central garden plot and electric lighting. The sidewalks in Portuguese mosaic were made by craftsmen from Portugal.

The avenue ended at Central Praça Floriano Peixoto (Now known as Cinelândia), around which were erected several public buildings of great architectural value that still exist: the Theatre, the National School of Fine Arts (Now National Museum of Fine Arts) And the National Library. At the end of the avenue was constructed Monroe Palace, Senate seat, unfortunately destroyed in 1976.

The avenue was opened on September 7 of 1904 President of the Republic, Rodrigues Alves and delivered to traffic on November 15 of 1905. Received beautiful trees, which started on October 22, 1905 by planting the first tree pau-Brazil. When increased, but the trees were removed and the sidewalk that divided in half.

On February 21 of 1912, the name was changed to Avenue (Avenida) Rio Branco in honor of Rio Branco, Brazilian diplomat responsible for treaties which guaranteed the borders of Brazil who had died on February 10. [2]

From the 1940s, with the advancement of architectural concrete, The avenue began to appear architecturally disfigured, to the point where, today, only a handful of original buildings are preserved. The much greater height of these newer buildings leaves little of the original scale remaining, and much of the street is constantly cast into shadow.

The Avenida Rio Branco is still one of the most important arteries of the city, in which are some of the major banks and offices in Rio de Janeiro. 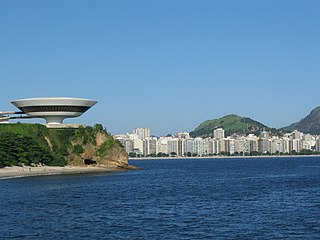 Paulista Avenue is one of the most important avenues in São Paulo, Brazil. It stretches 2.8 kilometres (1.7 mi) and runs northwest to southeast. Its northwest point is Praça Marechal Cordeiro de Farias (pt) at its intersection with Rua da Consolação (pt) and its southeast point is Praça Oswaldo Cruz (pt) at its intersection with Treze de Maio, Bernardino de Campos, Desembargador Eliseu Guilherme, and Dr. Rafael de Barros avenues. Major crossroads on the street are Rua Augusta, Rua Haddock Lobo (pt) and Avenida Brigadeiro Luis Antonio (pt). Parallel to it are Cincinato Braga, Joaquim Eugenio de Lima on the Bela Vista/Paraíso side and Alameda Santos and Coronel Oscar Freire on the Jardins side. Paulista Avenue crosses sections of the neighborhoods of Paraíso, Bela Vista (pt), Jardim Paulista, Cerqueira César (pt) and Jardim América (pt), ending in Higienópolis.

Viçosa is a Brazilian municipality in the state of Minas Gerais. Its population in July 2016 was estimated at 77,863 inhabitants.

The Theatro Municipal is an opera house in the Centro district of Rio de Janeiro, Brazil. Built in the beginning of the twentieth century, it is considered to be one of the most beautiful and important theatres in the country. 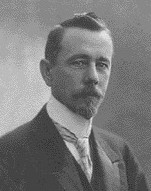 Lauro Severiano Müller was a Brazilian politician, diplomat, and military engineer. Responsible for the transition of Santa Catarina from a province to a state, he is also recognised as one of those who helped achieve the Brazilian diplomatic victory over Bolivia through the Treaty of Petrópolis, which allowed for the purchase of Acre and its incorporation into Brazil.

Cinelândia is the popular name of a major public square in the centre of Rio de Janeiro, Brazil. Its official name is Praça Floriano Peixoto, in honour of the second president of Brazil, Floriano Peixoto. 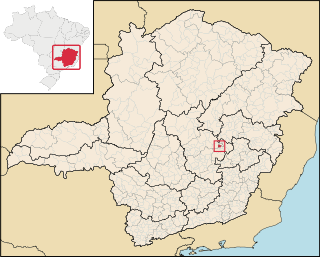 Santo Antônio do Rio Abaixo is a Brazilian municipality located in the state of Minas Gerais. The city belongs to the mesoregion of Belo Horizonte and to the microregion of Conceição do Mato Dentro. The estimated population in 2010 was 1777 inhabitants.

The Historic Center (US) or Centre of Salvador de Bahia in Brazil, also known as the Pelourinho or Pelo, is a historic neighborhood in western Salvador, Bahia. It was the city's center during the Portuguese colonial period and was named for the whipping post in its central plaza where African slaves received punishment for various infractions, as well as for disciplinary purposes. The Historic Center is extremely rich in historical monuments dating from the 17th through the 19th centuries.

The National Archives of Brazil were created in 1838 as the Imperial Public Archives. The Archives were renamed in 1911, and are located in Rio de Janeiro. The National Archives of Brazil is the Brazilian institution responsible for the management, preservation and dissemination of federal government documents. Since 2011 it is subordinated to the Ministry of Justice and Public Security.

Several years after the Portuguese first explored Brazil, French traders in search of pau-brasil reached the rich area extending from the Cape Frio coast to the beaches and islands of Guanabara Bay, the economic and, above all, strategic importance of which was already well-known. 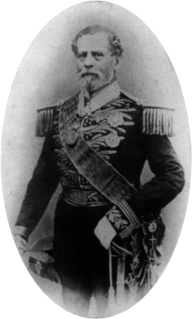 Castelo is a region in Rio de Janeiro, Brazil, but not officially recognized as a neighborhood, and officially forming part of the Centro neighborhood. It is generally considered to be located in the region between Avenida Rio Branco, the Santos Dumont Airport and Praça Quinze de Novembro. The area derives its name from the former Morro do Castelo in that location, which was demolished by water jets in the 1920s. As most of the buildings in the area were designed and built in the first half of the twentieth century, after the demolition of Morro do Castelo in 1921, the region became home to a large collection of Art Deco buildings. Art Deco was the prevalent architecture style in Rio de Janeiro at that time.

Edificio Avenida Central is an office skyscraper located on Avenida Rio Branco in the Centro neighbourhood of Rio de Janeiro, Brazil. It stands at a height of 110 metres and has 34 floors. It was completed in 1961 in the International style of architecture, which was very popular at the time of the building's construction.

The Central Zone is an administrative zone of the city of São Paulo, Brazil. 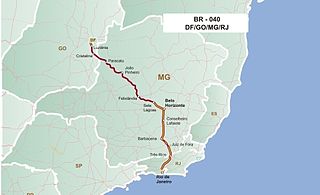 The Campo de Santana is a park located in the Praça da República in downtown Rio de Janeiro, Brazil. The name of the plaza refers to the fact that it is located near the site where the Brazil was declared a Republic in 1889. 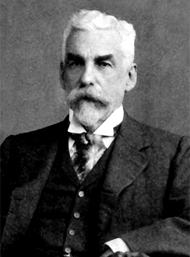 Francisco Franco Pereira Passos was a Brazilian engineer and politician. He was mayor of Rio de Janeiro from 1902 to 1906, nominated by President Rodrigues Alves. During his tenure, Pereira Passos promoted a large-scale urban renewal plan for Rio, inspired by Georges-Eugène Haussmann's renewal of Paris.