Last updated July 08, 2021
This article is about the character of urban life. For other uses, see Urbanism (disambiguation).

Urbanism is the study of how inhabitants of urban areas, such as towns and cities, interact with the built environment. It is a direct component of disciplines such as urban planning, which is the profession focusing on the physical design and management of urban structures and urban sociology which is the academic field the study of urban life and culture.[ citation needed ]

Many architects, planners, geographers, and sociologists investigate the way people live in densely populated urban areas. There is a wide variety of different theories and approaches to the study of urbanism. [1] However, in some contexts internationally, urbanism is synonymous with urban planning, and urbanist refers to an urban planner.

The term urbanism originated in the late nineteenth century with the Spanish engineer-architect Ildefons Cerda, whose intent was to create an autonomous activity focused on the spatial organization of the city. [2] Urbanism's emergence in the early 20th century was associated with the rise of centralized manufacturing, mixed-use neighborhoods, social organizations and networks, and what has been described as "the convergence between political, social and economic citizenship". [3]

Urbanism can be understood as placemaking and the creation of place identity at a citywide level, however as early as 1938 Louis Wirth wrote that it is necessary to stop 'identify[ing] urbanism with the physical entity of the city', go 'beyond an arbitrary boundary line' and consider how 'technological developments in transportation and communication have enormously extended the urban mode of living beyond the confines of the city itself.' [4]

Gabriel Dupuy [ who? ] applied network theory to the field of urbanism and suggests that the single dominant characteristic of modern urbanism is its networked character, as opposed to segregated conceptions of space (i.e. zones, boundaries and edges). [5]

Stephen Graham and Simon Marvin [ who? ] argue that we are witnessing a post-urban environment where decentralized, loosely connected neighborhoods and zones of activity assume the former organizing role played by urban spaces. Their theory of splintering urbanism involves the "fragmentation of the social and material fabric of cities" into "cellular clusters of globally connected high-service enclaves and network ghettos" driven by electronic networks that segregate as much as they connect. Dominique Lorrain argues that the process of splintering urbanism began towards the end of the 20th century with the emergence of the gigacity, a new form of a networked city characterised by three-dimensional size, network density and the blurring of city boundaries. [6]

Manuel Castells suggested that within a network society, "premium" infrastructure networks (high-speed telecommunications, ‘smart’ highways, global airline networks) selectively connect together the most favored users and places and bypass the less favored. [6] Graham and Marvin argue that attention to infrastructure networks is reactive to crises or collapse, rather than sustained and systematic, because of a failure to understand the links between urban life and urban infrastructure networks.

Paul L. Knox refers to one of many trends in contemporary urbanism as the "aestheticization of everyday life". [8]

Alex Krieger states that urban design is less a technical discipline than a mind-set based on a commitment to cities. [9]

Urban design is the process of designing and shaping the physical features of cities, towns, and villages and planning for the provision of municipal services to residents and visitors. Although it deals with issues of a larger scale than architecture, it cannot be understood as a wholly separated field of research and design, since the quality of one depends on the quality of the other. In fact, it is this very interdependency, which has been termed relational design by Barcelona-based architect Enric Massip-Bosch, which makes urban design and architecture inextricably linked in many university education programs, especially in Europe. This tendency towards reintegration in architectural studies is also gaining momentum in the USA.

Thomas Adams was a pioneer of urban planning. Born on Meadowhouse farm near Edinburgh to parents James and Margaret Adams, he was educated at Daniels Stewart's College in Edinburgh and was a farmer in his early years, Adams moved to London where he worked as a journalist. He served as secretary to the Garden City Association and was the first manager of Letchworth, England from 1903 to 1906.

Urban sociology is the sociological study of life and human interaction in metropolitan areas. It is a normative discipline of sociology seeking to study the structures, environmental processes, changes and problems of an urban area and by doing so provide inputs for urban planning and policy making. In other words, it is the sociological study of cities and their role in the development of society. Like most areas of sociology, urban sociologists use statistical analysis, observation, social theory, interviews, and other methods to study a range of topics, including migration and demographic trends, economics, poverty, race relations and economic trends. Urban sociology is one of the oldest sub-disciplines of sociology dating back to the mid-nineteenth century. 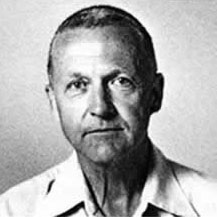 Urban studies is based on the study of the urban development of cities. This includes studying the history of city development from an architectural point of view, to the impact of urban design on community development efforts. The core theoretical and methodological concerns of the urban studies field come from the social science disciplines of history, economics, sociology, geography, political science, anthropology, and the professional fields of urban planning, architecture, landscape architecture, and urban design. Urban studies helps with the understanding of human values, development, and the interactions they have with their physical environment.

Landscape planning is a branch of landscape architecture. According to Erv Zube (1931–2002) landscape planning is defined as an activity concerned with developing landscaping amongst competing land uses while protecting natural processes and significant cultural and natural resources. Park systems and greenways of the type designed by Frederick Law Olmsted are key examples of landscape planning. Landscape designers tend to work for clients who wish to commission construction work. Landscape planners analyze broad issues as well as project characteristics which constrain design projects.

Placemaking is a multi-faceted approach to the planning, design and management of public spaces. Placemaking capitalizes on a local community's assets, inspiration, and potential, with the intention of creating public spaces that promote people's health, happiness, and well-being. It is political due to the nature of place identity. Placemaking is both a process and a philosophy that makes use of urban design principles. It can be either official and government led, or community driven grass roots tactical urbanism, such as extending sidewalks with chalk, paint, and planters, or open streets events such as Bogotá, Colombia's Ciclovía. Good placemaking makes use of underutilized space to enhance the urban experience at the pedestrian scale to build habits of locals.

Landscape urbanism is a theory of urban design arguing that the city is constructed of interconnected and ecologically rich horizontal field conditions, rather than the arrangement of objects and buildings. Landscape Urbanism, like Infrastructural Urbanism and Ecological Urbanism, emphasizes performance over pure aesthetics and utilizes systems-based thinking and design strategies. The phrase 'landscape urbanism' first appeared in the mid 1990s. Since this time, the phrase 'landscape urbanism' has taken on many different uses, but is most often cited as a postmodernist or post-postmodernist response to the "failings" of New Urbanism and the shift away from the comprehensive visions, and demands, for modern architecture and urban planning.

Global Urban Research Unit (GURU) is a research centre established in 2002 at the School of Architecture, Planning and Landscape, Newcastle University, England. 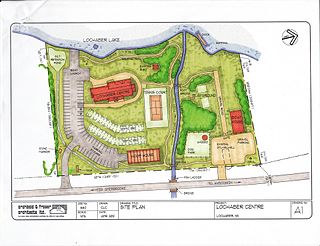 A site plan or a plot plan is a type of drawing used by architects, landscape architects, urban planners, and engineers which shows existing and proposed conditions for a given area, typically a parcel of land which is to be modified. Sites plan typically show buildings, roads, sidewalks and paths/trails, parking, drainage facilities, sanitary sewer lines, water lines, lighting, and landscaping and garden elements.

Urban theory describes the city formation phenomenon where economic priorities prevail to facilitate the city's propensity to generate and accumulate wealth. Such city formation involves some irreversible spatial investments, massive resource allocations and financial investments recoverable only if anticipated future income transpires. Consequently, it is a pertinent concept in urban planning. Though related, this is not to be confused with urban economics where economic principles and tools are applied at macro and micro levels. Urbanomics is to be understood as a paradigm to understand impact of the globalization process on urban development.

This article delineates the history of urban planning, a technical and political process concerned with the use of land and design of the urban environment, including air, water, and the infrastructure passing into and out of urban areas such as transportation and distribution networks.

Technical aspects of urban planning involve the technical processes, considerations and features that are involved in planning for land use, urban design, natural resources, transportation, and infrastructure.

Urban planning, also known as regional planning, town planning, city planning, or rural planning, is a technical and political process that is focused on the development and design of land use and the built environment, including air, water, and the infrastructure passing into and out of urban areas, such as transportation, communications, and distribution networks and their accessibility. Traditionally, urban planning followed a top-down approach in master planning the physical layout of human settlements. The primary concern was the public welfare, which included considerations of efficiency, sanitation, protection and use of the environment, as well as effects of the master plans on the social and economic activities. Over time, urban planning has adopted a focus on the social and environmental bottom-lines that focus on planning as a tool to improve the health and well-being of people while maintaining sustainability standards. Sustainable development was added as one of the main goals of all planning endeavors in the late 20th century when the detrimental economic and the environmental impacts of the previous models of planning had become apparent.. Similarly, in the early 21st century, Jane Jacob's writings on legal and political perspectives to emphasize the interests of residents, businesses and communities effectively influenced urban planners to take into broader consideration of resident experiences and needs while planning.

Urban informatics refers to the study of people creating, applying and using information and communication technology and data in the context of cities and urban environments. Various definitions are available, some provided in the Definitions section. Urban informatics is a trans-disciplinary field of research and practice that draws on three broad domains: people, place and technology.

Feminist urbanism is a theory and social movement concerning the impact of the built environment on women. The theory aims to understand what it means to be a woman in an urban space and what struggles and opportunities do women encounter in these environments.

Stephen Graham FBA. is a British scholar of cities and urban life. Since 2010, he has been Professor of Cities and Society at Newcastle University's School of Architecture, Planning and Landscape. A qualified urban planner, he has an interdisciplinary background in human geography, urbanism and the sociology of technology. A widely cited author in contemporary urban studies and related fields, Graham’s work explores how cities and urban life are being reshaped by increased movement and mobility, intensifying social inequalities, the widespread application of digital technology, and the widening insecurities that characterise urban life. His most recent work has sought to rethink cities and urban life in fully three-dimensional ways that help to understand their increased vertical reach.