An airline alliance is an aviation industry arrangement between two or more airlines agreeing to cooperate on a substantial level. Alliances may provide marketing branding to facilitate travelers making inter-airline codeshare connections within countries. This branding may involve unified aircraft liveries of member aircraft. [1]

Benefits can consist of an extended network, often realised through codeshare agreements. Many alliances started as only codeshare networks. Cost reductions come from the sharing of sales offices, maintenance facilities, operational facilities (e.g. catering or computer systems), operational staff (e.g. ground handling personnel, at check-in and boarding desks), investments and purchases (e.g. in order to negotiate extra volume discounts). Traveller benefits can include lower prices due to lowered operational costs for a given route, more departure times to choose from on a given route, more destinations within easy reach, shorter travel times as a result of optimised transfers, a wider range of airport lounges shared with alliance members, fast track access on all alliance members if having frequent flyer status, faster mileage rewards by earning miles for a single account on several different carriers, round-the-world tickets, enabling travellers to fly over the world for a relatively low price.

Airline alliances may also create disadvantages for the traveller, such as higher prices when competition is erased on a certain route or less frequent flights; for instance, if two airlines separately fly three and two times a day respectively on a shared route, their alliance might fly less than 5 (3+2) times a day on the same route. This might be especially true between hub cities for each airline. e.g., flights between Detroit Metropolitan Wayne County Airport (a Delta Air Lines fortress hub) and Amsterdam Airport Schiphol (a KLM fortress hub).

The ability of an airline to join an alliance may be restricted by laws and regulations or subject to approval by authorities. Competition law issues must also be considered in some countries.

The first airline alliance was formed in the 1930s, when Panair do Brasil and its parent company Pan American World Airways agreed to exchange routes to Latin America. In 1990, the African Joint Air Services (AJAS) Accord between Tanzania, Uganda and Zambia led to the launch of Alliance Air in 1994, with South African Airways, Air Tanzania, Uganda Airlines and the governments of Uganda and Tanzania as shareholders.[ citation needed ]

The first large alliance began in 1989, when Northwest Airlines and KLM agreed to large-scale codesharing. In 1992, the Netherlands signed the first open skies agreement with the United States, in spite of objections from the European Union, which gave both countries unrestricted landing rights on the other's soil. Normally landing rights are granted for a fixed number of flights per week to a fixed destination. Each adjustment requires negotiations, often between governments rather than between the companies involved. In return, the United States granted antitrust immunity to the alliance between Northwest Airlines and KLM. Other alliances would struggle for years to overcome the transnational barriers and lack of antitrust immunity, and still do so.[ citation needed ]

In 2007 Tai Tung Alliance was founded. There are three airlines, Korean based City Express, Japan based Super Flyer and Spain based Vacation Line.

In 2010 Richard Branson, chairman of the Virgin Group, announced his intention to form a fourth alliance among Virgin branded airlines (Virgin Atlantic; Virgin America; and the Virgin Australia Holdings group of airlines). [7] Then in September 2011, Branson said that Virgin Atlantic would join one of the existing alliances; [8] this idea was repeated in October 2012. [9] In December 2012, Delta Air Lines purchased Singapore Airlines' 49% stake in Virgin Atlantic for £224 million.[ citation needed ] Virgin America was absorbed into Alaska Airlines, which joined the Oneworld alliance in 2021. [10] [11]

On February 14, 2013, it was announced that American Airlines and US Airways would merge, retaining the American Airlines name and would remain in the Oneworld alliance. US Airways' participation in Star Alliance lapsed. In 2012, in South America, LAN Airlines and TAM Airlines began their merger. In March 2014, with the merger complete, TAM left Star Alliance and became part of LAN in Oneworld.[ citation needed ]

On September 21, 2015, the Vanilla Alliance was formed between several airlines based in the Indian Ocean region, in order to improve air connectivity within the region. The founding members are Air Austral, Air Mauritius, Air Madagascar, Air Seychelles, and Int'Air Îles.[ citation needed ]

On January 18, 2016, the first alliance of low-cost carriers was formed, U-FLY Alliance. The founding members—HK Express, Lucky Air, Urumqi Air, and West Air—are all affiliated with HNA Group, although the alliance is also seeking airlines not within the group. [12]

Star Alliance is the world's largest global airline alliance. Founded on 14 May 1997, its current CEO is Jeffrey Goh and its headquarters is located in Frankfurt am Main, Germany. As of April 2018, Star Alliance is the largest of the three global alliances by passenger count with 762.27 million, ahead of both SkyTeam (630 million) and Oneworld (528 million). Its slogan is "The Way the Earth Connects".

SkyTeam is one of the world's three major airline alliances. Founded in June 2000, SkyTeam was the last of the three alliances to be formed, the first two being Star Alliance and Oneworld, respectively. Its annual passenger count is 630 million (2019), the second largest of the three major alliances. As of January 2019, SkyTeam consists of 19 carriers from five continents and operates with the slogan "Caring more about you". It also operates a cargo alliance named SkyTeam Cargo, which partners ten carriers, all of them SkyTeam members. Its centralised management team, SkyTeam Central, is based at the World Trade Center Schiphol Airport on the grounds of Amsterdam Airport Schiphol in Haarlemmermeer, Netherlands.

Wings Alliance was the working name of a proposed airline alliance to be anchored by the American carriers Northwest Airlines and Continental Airlines of USA with the European flag carriers KLM of the Netherlands and Italy's Alitalia. Although these airlines cooperated with one another through code-sharing and frequent flyer program coordination, no formal association was ever announced. It was rendered superfluous in September 2004 when most of its participants joined the SkyTeam alliance.

Airlines have proliferated in Africa because, in many countries, road and rail networks are not well developed due to financial issues, terrain, and rainy seasons. Ben R. Guttery, author of Encyclopedia of African Airlines, said "Although most of the carriers have never been large by European or American standards, they have had tremendous impact on the economy and the people." Many larger African airlines are owned partially or completely by national governments. Some African airlines have European airlines as major shareholders, such as KLM that has a 7.8% stake in Kenya Airways and British Airways that has an 18% stake in Comair.

An inflight magazine is a free magazine distributed via the seats of an airplane by an airline company or in an airport lounge. 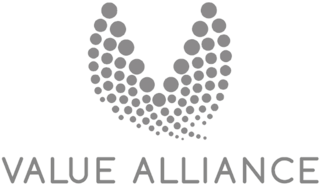 Value Alliance is an airline alliance formed in May 2016. It is the world's second alliance to consist only of low-cost carriers (LCCs). However, it is the first pan-regional LCC alliance. It comprises five Asia-Pacific airlines: Cebu Pacific, Cebgo, Jeju Air, Nok Air and Scoot.