An airport authority is an independent entity charged with the operation and oversight of an airport or group of airports. These authorities are often governed by a group of airport commissioners, who are appointed to lead the authority by a government official. When the authority of an entity encompasses more than just the airports in an area, harbor and rail facilities for example, the entity may be referred to as a port authority.

The Airports Council International is the world trade association of airport authorities.

In Canada, airport authorities usually refer to private (not government owned or affiliated) not-for-profit companies that are established to manage a city's commercial airports.

Allegheny Airlines was a U.S. airline that operated out of Pittsburgh, Pennsylvania, United States, from 1952 to 1979 with routes primarily located in the eastern U.S. It was the forerunner of USAir which was subsequently renamed US Airways, which itself merged with American Airlines. Its headquarters were at Washington National Airport in Arlington County, Virginia.

Midway Airlines was a United States airline founded on August 6, 1976, by investor Kenneth T. Carlson and joined by Irving T. Tague and William B. Owens in October 13, 1976, filing with the Civil Aeronautics Board (CA) for an airline operating certificate. Although it received its operating certificate from the CAB prior to the passage of the Airline Deregulation Act in 1978, it is widely recognized as the first post-deregulation start-up. The airline commenced operations on October 31, 1979.

A cellphone lot is a parking lot, typically located at airports, where people can wait before picking up passengers. The purpose of these lots is to reduce congestion at arrival sections by preventing cars from continuously circling around the airport or waiting on the sides of highways to avoid paying fees at the airport parking lots. Once the passenger's flight lands, after they collect their luggage and are ready to be picked up, they call the person waiting in the cellphone lot. These lots are usually free and only minutes away from the terminals. 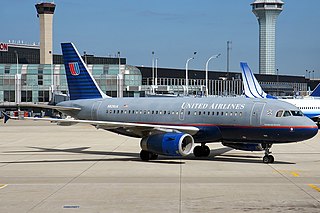