In commercial aviation, the aircrew are called flight crew. Some flight crew position names are derived from nautical terms and indicate a rank or command structure similar to that on ocean-going vessels, allowing for quick executive decision making during normal operations or emergency situations. Historical flightdeck positions include:

From the start of military aviation, additional crew members have flown on military aircraft. Over time these duties have expanded: 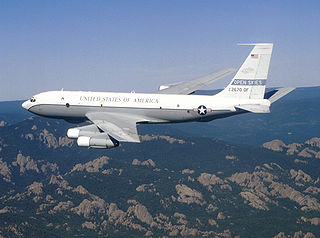 The OC-135B Open Skies United States Air Force observation aircraft supports the Treaty on Open Skies. The aircraft, a modified WC-135B, flies unarmed observation flights over participating parties of the treaty. Three OC-135B aircraft were modified by the Aeronautical Systems Center's 4950th Test Wing at Wright-Patterson Air Force Base in Ohio. The first operationally-capable OC-135B was assigned to the 24th Reconnaissance Squadron at Offutt AFB in October 1993. It is now fitted with a basic set of navigational and sensor equipment, and was placed in inviolate storage at the Aerospace Maintenance and Regeneration Center at Davis-Monthan Air Force Base near Tucson, Arizona in 1997. Two fully operational OC-135B aircraft were delivered in 1996 with the full complement of treaty-allowed sensors, which includes an infrared line scanner, synthetic aperture radar and video scanning sensors.

A navigator is the person on board a ship or aircraft responsible for its navigation. The navigator's primary responsibility is to be aware of ship or aircraft position at all times. Responsibilities include planning the journey, advising the ship's captain or aircraft commander of estimated timing to destinations while en route, and ensuring hazards are avoided. The navigator is in charge of maintaining the aircraft or ship's nautical charts, nautical publications, and navigational equipment, and they generally have responsibility for meteorological equipment and communications. With the advent of GPS, the effort required to accurately determine one's position has decreased by orders of magnitude, so the entire field has experienced a revolutionary transition since the 1990s with traditional navigation tasks being used less frequently.

The Flight Meteorologist insignia is a military badge decoration of the United States Navy which is issued to officers of the Restricted Line who are commissioned as weather and meteorology specialists. To be issued the insignia, an officer must also have completed flight training to qualify as a Naval Aircrew Member. The insignia itself is very similar to the Naval Aircrew Badge.

A Flight Officer Badge is a decoration used by some of the world's air forces, to include naval aviation of the world's navies, marine forces and coast guards, to denote those who have received training as co-pilots, navigators, observers, or other aircraft officer flight crew personnel. The primary difference between a flight officer and a pilot is that the pilot is responsible for the actual flying and control the aircraft, while the flight officer assists with such duties as navigation and weapons and/or sensor systems operation.

A naval flight officer (NFO) is a commissioned officer in the United States Navy or United States Marine Corps who specializes in airborne weapons and sensor systems. NFOs are not pilots, but they may perform many "co-pilot" functions, depending on the type of aircraft. Until 1966, their duties were performed by both commissioned officer and senior enlisted naval aviation observers (NAO).

The title flight officer was a military rank used by the United States Army Air Forces during World War II, and also an air force rank in several Commonwealth nations, where it was used for female officers and was equivalent to the rank of flight lieutenant. The term flight officer is sometimes used today to describe job title positions as aircrew members.

A loadmaster is an aircrew member on civilian aircraft or military transport aircraft tasked with the safe loading, transport and unloading of aerial cargoes. Loadmasters serve in the militaries and civilian airlines of many nations. 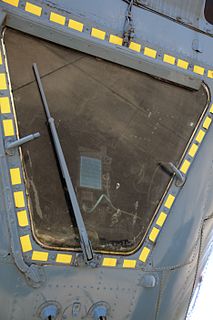 A bombardier or bomb aimer is the crew member of a bomber aircraft responsible for the targeting of aerial bombs. "Bomb aimer" was the preferred term in the military forces of the Commonwealth, while "bombardier" was the equivalent position in the United States Armed Forces. 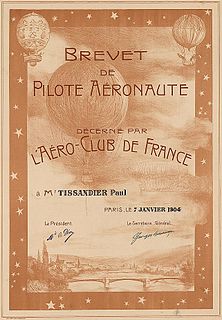 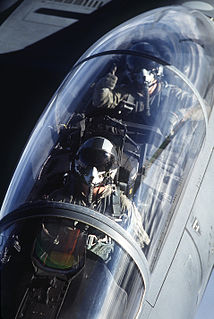 A Weapon Systems Officer is an air flight officer directly involved in all air operations and weapon systems of a military aircraft. 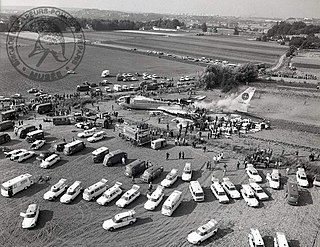 Varig Flight 820 was a flight of the Brazilian airline Varig that departed from Galeão International Airport in Rio de Janeiro, Brazil, on July 11, 1973, for Orly Airport, in Paris, France. The plane, a Boeing 707 registration PP-VJZ, made an emergency landing on onion fields about four kilometers from Orly Airport, due to smoke in the cabin from a fire in a lavatory. The fire caused 123 deaths; there were only 11 survivors.

An air observer or aerial observer is an aircrew member whose duties are predominantly reconnaissance. The term originated in the First World War in the British Royal Flying Corps, and was maintained by its successor, the Royal Air Force. An air observer's brevet was a single wing with an O at the root. Although today sometimes a manned aircraft is still utilised for aerial observation, industry and the military use both satellites and remotely piloted vehicles (RPV) for this function. 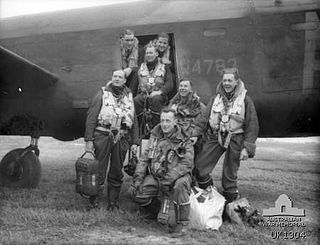 The aircrews of RAF Bomber Command during World War II operated a fleet of bomber aircraft carried strategic bombing operations from September 1939 to May 1945, on behalf of the Allied powers. The crews were men from the United Kingdom, other Commonwealth countries, and occupied Europe, especially Poland, France, Czechoslovakia and Norway, as well as other foreign volunteers. While the majority of Bomber Command personnel were members of the RAF, many belonged to other air forces – especially the Royal Canadian Air Force (RCAF), Royal Australian Air Force (RAAF) and Royal New Zealand Air Force (RNZAF). Under Article XV of the 1939 Air Training Agreement, squadrons belonging officially to the RCAF, RAAF, and RNZAF were formed, equipped and financed by the RAF, for service in Europe. While it was intended that RCAF, RAAF, and RNZAF personnel would serve only with their respective "Article XV squadrons", in practice many were posted to units of the RAF or other air forces. Likewise many RAF personnel served in Article XV squadrons.