BIOSIS Previews is an English-language, bibliographic database service, with abstracts and citation indexing. It is part of Clarivate Analytics Web of Science suite. BIOSIS Previews indexes data from 1926 to the present. [1] [2]

BIOSIS Previews is part of the Life Sciences in Web of Science. Its coverage encompasses the life sciences and biomedical sciences literature, with deep global coverage on a wide range of related subject areas. This is accomplished with access to indexed journal content from Biological Abstracts , and supplemental indexed non-journal content from Biological Abstracts/Reports, Reviews, Meetings (BA/RRM or Biological Abstracts/RRM) and the major publications of BIOSIS. This coverage includes literature in pre-clinical and experimental research, methods and instrumentation, animal studies, environmental and consumer issues, and other areas. [1] [2] [3]

The database is also provided by EBSCO Information Services through a partnership with Clarivate Analytics. [4]

Acceptable content for Web of Science and BIOSIS previews is determined by an evaluation and selection process based on the following criteria: impact, influence, timeliness, peer review, and geographic representation. [3] [5]

The print counterparts for this bibliographic index were: [2]

In 1926, the Society of American Bacteriologists and the Botanical Society of America, acknowledging the need for greater integration of life science information, agreed to merge their two publications, Abstracts of Bacteriology [7] and Botanical Abstracts, [8] thus creating Biological Abstracts. A not-for-profit company was formed to administer the publication on a financially sound basis. In 1964, the company's name was changed to BioSciences Information Service of Biological Abstracts (BIOSIS). [9] [10] [11] In addition to its indexing and abstracting service, it published The Zoological Record from 1980 to 2004.

In 2004 the company was purchased by Thomson Scientific [12] and it is now part of Thomson Reuters Science & Healthcare division. [12] The proceeds from that sale were applied to fund an endowment and create a new grant-making foundation. The Board of Directors of that foundation selected as the organization's new name: J.R.S. Biodiversity Foundation. This reflected both the historic legacy of the Foundation and its future grant-making domain. The initials J.R.S. stand for the name of one of the founders of BIOSIS. [13] In 2007, Wolters Kluwer announced the digital availability of the BIOSIS Archive and Zoological Record Archive databases, via their Ovid Technologies online services. [14] The BIOSIS Archive consists of the data from the print volumes of Biological Abstracts from 1926 to 1968, and the Zoological Record Archive contains the data published in print in The Zoological Record from 1864 to 1977. [14] In 2010 Biosis Citation Index was released on the Web of Knowledge Platform, combining extensive indexing and database coverage of Biosis Previews with the Web of Science's citation tracking features. [15]

PLOS Genetics is a peer-reviewed open access scientific journal established in 2005 and published by the Public Library of Science. The founding editor-in-chief was Wayne N. Frankel. The current editors-in-chief are Gregory S. Barsh and Gregory P. Copenhaver. The journal covers research on all aspects of genetics and genomics. 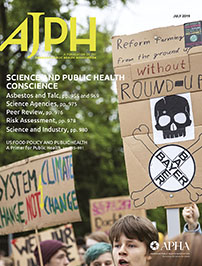 Economic Botany is a quarterly peer-reviewed academic journal that covers all aspects of economic botany. The editor-in-chief is Robert A. Voeks. The journal was established in 1947 and is published by Springer Science+Business Media and the New York Botanical Garden Press on behalf of the Society for Economic Botany. Authors have a choice to publish articles under the traditional subscription model or an Open Access model.

Genome Biology is a peer-reviewed open access scientific journal covering research in genomics. It was established in 2000 and is published by BioMed Central. The chief editor is currently Andrew Cosgrove.

The Journal of Natural Products is a monthly peer-reviewed scientific journal covering all aspects of research on the chemistry and/or biochemistry of naturally occurring compounds. It is co-published by the American Society of Pharmacognosy and the American Chemical Society. The editor-in-chief is Philip J. Proteau.

The Journal of Neurochemistry is a biweekly peer-reviewed scientific journal covering all aspects of neurochemistry. It is published by Wiley-Blackwell on behalf of the International Society for Neurochemistry and was established in 1956. The editor-in-chief is Andrew J. Lawrence.

The Journal of Investigative Dermatology is a peer-reviewed medical journal covering dermatology. It has been published by Elsevier since 2016 and the editor-in-chief is Mark C. Udey.

The Journal of Comparative Neurology is a peer-reviewed scientific journal that focuses on neuroscience and related fields, but specifically does not deal with clinical aspects of them. It was established in 1891 and is published by Wiley-Liss. The editor-in-chief is Patrick R. Hof. From 1904 till 1910 the journal was named Journal of Comparative Neurology and Psychology.

Appetite is a monthly peer-reviewed scientific journal covering research on normal and disordered eating and drinking in animals and humans. The journal was established in 1980. It is published by Elsevier and the editor-in-chief is Suzanne Higgs.

Biomaterials is a peer-reviewed scientific journal covering research on and applications of biomaterials. It is published by Elsevier and the editor-in-chief is Kam W. Leong. The journal was established in 1980. 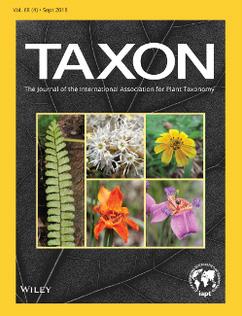 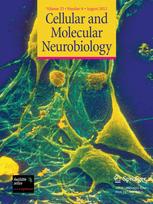 Cellular and Molecular Neurobiology is a peer-reviewed scientific journal covering neuroscience, especially at the cellular and subcellular levels. It was established in 1981 and is published by Springer Science+Business Media. The editor-in-chief is Juan M. Saavedra.

The Index to Organism Names (ION) is an extensive compendium of scientific names of taxa at all ranks in the field of zoology, compiled from the Zoological Record by its operators as a publicly accessible internet resource. Initially developed by BIOSIS, its ownership then passed to Thomson Reuters and is currently with Clarivate Analytics.

The Journal of Systematics and Evolution is a bimonthly peer-reviewed scientific journal of botany. It covers all issues related to plant systematics and evolution. It is published by Wiley on behalf of the Botanical Society of China and is sponsored by the Institute of Botany. The editors-in-chief are Song Ge and Jun Wen. The journal was established in 1963 as Acta Phytotaxonomica Sinica.