Barry Nix was an English footballer who played as a defender. He was a three-time First Team All American soccer player at Columbia University

Nix, a native of Rotherham, England, was recruited to play soccer at Columbia University in the United States. Over the course of his four-year career with the Lions, 1978 to 1981, Nix established himself as one of the best collegiate soccer players. He earned first team All American recognition in 1978, 1979 and 1981 and second team in 1980. [1] 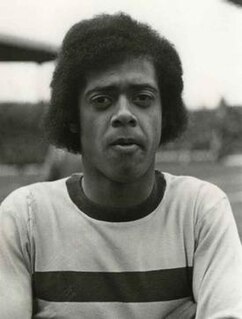 Clive Michael Charles was an English football player, coach and television announcer. He was one of five National Collegiate Athletic Association (NCAA) coaches to win more than 400 games. 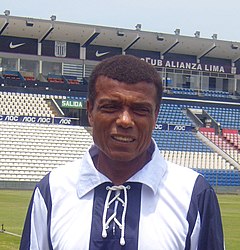 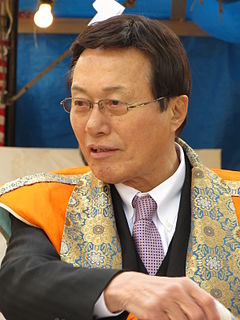 Kunishige Kamamoto is a former Japanese football player, manager and politician. He won the bronze medal with the Japan national team at the 1968 Summer Olympics in Mexico City, finishing as the tournament's top scorer with seven goals, and is the all-time leading goalscorer for Japan. He served as a member of the House of Councillors between 1995 and 2001.

Bruce Alec Wilson is a former NASL and Canadian international soccer player. He played the second most games of any player in the former league, 299. He also captained the Canadian team at the 1986 FIFA World Cup finals. In 2012 as part of the Canadian Soccer Association's centennial celebration, he was named to the all-time Canada XI men's team.

The New York Arrows were an indoor soccer team that played in the original Major Indoor Soccer League (MISL) from 1978 to 1984. They won the first four MISL championships.

Garry Ayre is a retired soccer player. He played in the North American Soccer League, the Major Indoor Soccer League and for the Canadian national team.

Aldo Teo "Buff" Donelli was an American football player and coach, soccer player, and college athletics administrator. He served as the head football coach at Duquesne University from 1939 to 1942, Boston University from 1947 to 1956, and Columbia University from 1957 to 1967, compiling a career college football coaching record of 105–107–8. Donelli was also a head coach in the National Football League (NFL), with the Pittsburgh Steelers for part of the 1941 season and with the Cleveland Rams in 1944, tallying a career mark of 4–11 in the NFL. From 1951 to 1955 he was the athletic director at Boston University. Donelli played college football at Duquesne and was an assistant football coach at his alma mater from 1930 to 1938, before being promoted to head coach. He played soccer with a number of clubs in the 1920s and 1930s and was a member of the United States men's national soccer team during the 1934 FIFA World Cup. He is a member of the National Soccer Hall of Fame.

Erhardt Kapp is a retired Romanian-American soccer defender and current business owner and soccer coach. He was also a member of the 1984 U.S. Olympic soccer team and U.S. national team.

Andy Atuegbu (ah-two-ay-boo) is a retired Nigerian soccer midfielder. Atuegbu was a star midfielder for the University of San Francisco from 1974 to 1977. The Dons won the NCAA championship two of Atuegbu's four seasons with the team, 1975 and 1976. His outstanding play led to his selection as a first team All American in 1976. He also earned second team All American recognition in 1975 and 1977. His 1976 NCAA championship with the Dons was complemented with a National Challenge Cup title while playing for SFAC. He scored the winning goal in the final against Inter-Giuliana.

Adrian Brooks is a former professional footballer who spent two seasons in the North American Soccer League and at least one in the Major Indoor Soccer League. He was a 1977 and 1978 first team All American, coached at the collegiate level and is a sales representative for Adidas.

David Masur is a retired American soccer midfielder who played professionally in the Major Indoor Soccer League, American Professional Soccer League and USISL. He is the head coach of the St. John's University men's soccer team. He was the 1996 NCAA Division I Coach of the Year and led the Red Storm to the 1996 NCAA national championship. He is married to Shannon Masur and they have 4 children: Samantha, Jessica, Christopher, and Sydney.

Steve McLean is a retired Scottish-American soccer forward who played professionally in the Major Indoor Soccer League and was a member of the U.S. team at the 1981 FIFA World Youth Championship. He is currently a sales manager with Nike, Inc.