Akpan was born in Grand Prairie, Texas, to a Nigerian father and an American mother. [2] He played for coaches Hassan Nazari and David Hudgell on the '88 Dallas Texans, and his prolific scoring touch helped lead his team to back-to-back-to-back USYSA National Championships (U17, U18, U19), as well as a Dallas Cup Super Group Victory - a feat that no other American team has accomplished in the last 25 years. He played high school soccer at The Oakridge School in Arlington, Texas, where he was the all-time leading scorer with 111 goals over four years. He also attained the single-season scoring record with 37 goals.

In 2006, Akpan entered Harvard University where he played on the men's soccer team, and was also a member of The Phoenix – S K Club. He was the 2006 Ivy League rookie of the year and first team All Ivy League. In 2007, he was a second team NSCAA All American. While at Harvard he also made appearances for USL Premier Development League clubs Westchester Flames and Chicago Fire Premier, helping the latter to the 2009 USL PDL championship game, and scoring in the final. [3]

Akpan was drafted in the second round (22nd overall) of the 2010 MLS SuperDraft by Colorado Rapids. [4] He made his professional debut on April 13, 2010, in a US Open Cup game against the Kansas City Wizards. [5] His first MLS goal was scored on April 30, 2011, against the Chicago Fire equalizing just after halftime. [6]

On March 28, 2013, Akpan was traded to New York Red Bulls in exchange for a conditional 2015 MLS SuperDraft pick. [9] In his first season with New York, Akpan played in seven regular season matches, recording two assists. He was also the team's top scorer in the MLS Reserve League scoring 10 goals.

Akpan was traded by New York with allocation money to New England Revolution in exchange for Saër Sène and an international roster spot on August 12, 2014. [10] 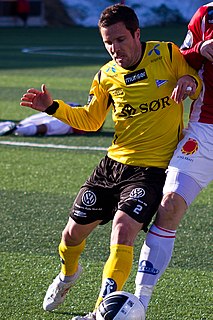 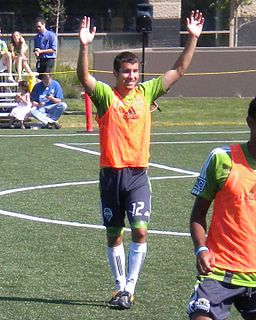 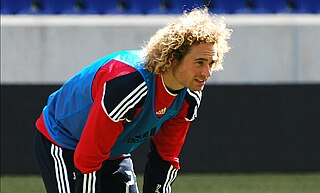 Stephen Keel is a former American soccer player who most recently played for FC Dallas in Major League Soccer. 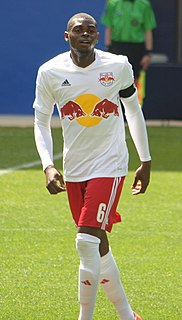 Anthony Wallace is an American soccer player who plays as a left back and midfielder. Thomas Wells Thompson is a retired American soccer player who last played as a midfielder for Carolina RailHawks in the North American Soccer League (NASL). 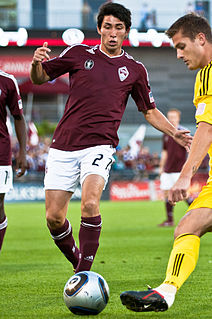 Kosuke Kimura is a Japanese footballer and a coach. A long-time veteran of Major League Soccer, he has also played in Poland. He was the first player in MLS history who was born in Japan.

Macoumba Kandji is a Senegalese professional footballer who plays for FC Lahti in the Veikkausliiga. 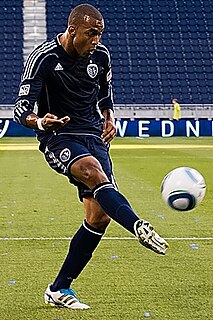 Teal Alexander Bunbury is a professional soccer player who plays as a forward and midfielder for Nashville SC in Major League Soccer. Born in Canada, he represented the United States national team. 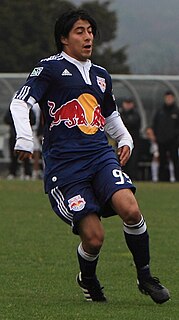 Irving Garcia is an American soccer player who currently plays for FC Arizona.

Luis Miguel Gil is an American professional soccer player who plays for Union Omaha in the USL League One. 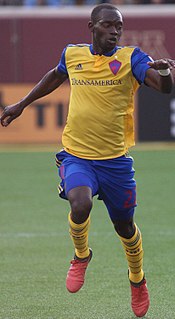 Micheal Azira is a Ugandan professional footballer who plays for New Mexico United and the Uganda national team. 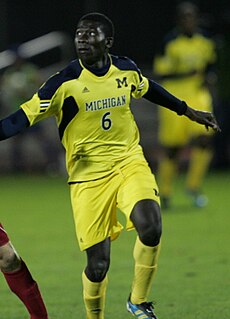 Kofi Opare is a Ghanaian footballer who plays as a defender. He has previously appeared for Michigan Bucks, Detroit City, LA Galaxy, D.C. United, and Colorado Rapids.

Alec John "A. J." Cochran is an American professional soccer player who plays as a defender for Indy Eleven. 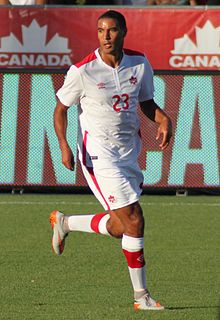 Tesho Akindele is a Canadian professional soccer player who plays as a forward for Orlando City in Major League Soccer.

The 2015 Lamar Hunt U.S. Open Cup was the 102nd edition of the oldest ongoing competition in American soccer. 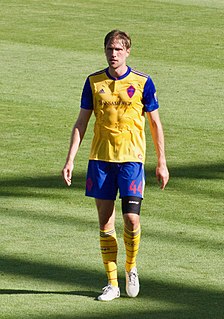 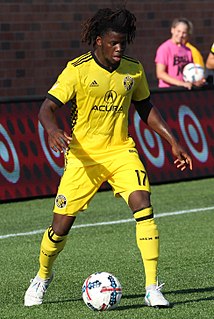 Alhassan "Lalas" Abubakar is a Ghanaian professional footballer who plays as a centre-back for Major League Soccer club Colorado Rapids.