Darren Eales (born 6 August 1972) is an English retired association football striker who played both collegiately and professionally in the United States. He was a 1995 first team All American and earned his Cambridge Blue in 1998. In July 2010, he was appointed director of football administration at Tottenham Hotspur. [1] In 2014 he became Chief Executive Officer of Atlanta United in the MLS. He currently serves as Chief Executive Officer of Premier League club Newcastle United.

Eales grew up in Cambridge, England. As he approached the end of his secondary education, he was faced with the decision of attending university or pursuing a football career. When approached by an American university scout offering him the opportunity to both play and attend university, he decided to move to the United States. [2]

Eales attended Brown University, a member of the Ivy League, playing on the school's NCAA Division I soccer team from 1991 to 1994. In his final season, he was the Ivy League Player of the Year and a first team All American. He received a first class bachelor's degree in economics.

Eales continued to play at the amateur level. In 2001, he joined the Newmarket Town Reserves in the Kershaw League. [4] He later moved to the Lancashire County Football Association where he played for Millhead Reserves from 2004 to 2006 and Higher Poynton from 2006 to 2007.

In 1997, Eales returned to England, where he read law at Cambridge, and gained his Cambridge Blue in 1998. He became a member of the bar in 2000 and eventually joined 2 Temple Gardens. [5] On 6 May 2006, he was hired as an in-house legal counsel by West Brom. [6] and was subsequently made a Director and Company Secretary.

On 2 March 2010, Spurs announced that Eales was joining them as club secretary at the end of that season. [7] On 1 July 2010, he officially joined the club as Director of Football Administration. [1]

On 15 July 2022, Eales became the CEO of Newcastle United FC 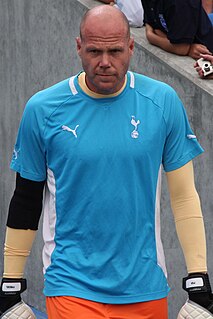 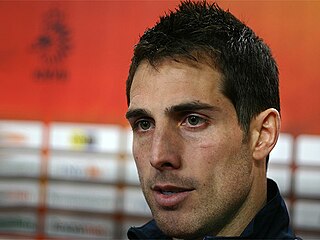 Carlos Manuel Bocanegra is an American sports executive and former professional soccer player. A two-time MLS Defender of the Year, Bocanegra also played professionally in England, Scotland, France, and Spain. He earned over 100 caps with the United States, serving as captain for six years. He is currently serving as technical director and vice president for Atlanta United.

Charles Richard Gough is a Scottish former professional footballer who played as a defender.

Christopher Armas is an American professional soccer coach and former player. He was most recently an assistant coach at Manchester United. 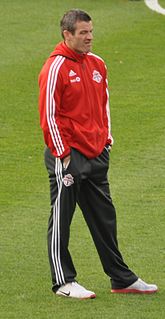 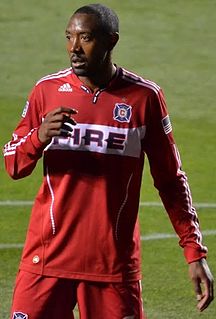 Cory Gibbs is an American former soccer player. He played professionally for clubs in Germany, the Netherlands and England. He also played 19 international matches for the U.S. national soccer team, including at the 2003 CONCACAF Gold Cup.

John Kerr Jr. is a Canadian-American retired soccer midfielder who played professionally in the United States, Canada, England, France and Northern Ireland during a much traveled and varied playing career. He is currently head coach of the Duke University men's soccer team. Kerr was named the 1986 Hermann Award winner as the top collegiate player of the year. He also earned sixteen caps, scoring two goals, with the U.S. national team.

David Hayes is an American soccer player who most recently played for FC Tampa Bay in the North American Soccer League.

Simon Jonathan Dawkins is a professional footballer who plays as an attacking midfielder or winger for USL Championship side Monterey Bay FC. Born in England, he represented the Jamaica national team.

Darren Spicer is an American former professional soccer player who played as a midfielder.

Paul Barber is an English football administrator and executive who is currently the chief executive and deputy chairman of Brighton & Hove Albion.

Kevin E. Lowe is a finance executive and retired professional lacrosse player who played professional box lacrosse in the National Lacrosse League and professional field lacrosse in Major League Lacrosse from 1995 to 2006. He starred as a member of the Princeton Tigers men's lacrosse team from 1991 through 1994 and was inducted into the Lacrosse Museum and National Hall of Fame in 2009, joining his brother and father. He was a high school and college lacrosse United States Intercollegiate Lacrosse Association (USILA) All-American. Lowe has the distinction of being the only player in lacrosse history to score an overtime goal in an NCAA Men's Lacrosse Championship game and a Major League Lacrosse Steinfeld Cup championship game. He holds numerous Princeton scoring records and formerly held the Ivy League single-season assists record. As a college senior, he was honored as the National Collegiate Athletic Association's best lacrosse attackman and the Ivy League's best player. In his four-year college career, Princeton won its first two NCAA tournament Championship, two Ivy League Championships and earned four NCAA Men's Lacrosse Championship tournament invitations. 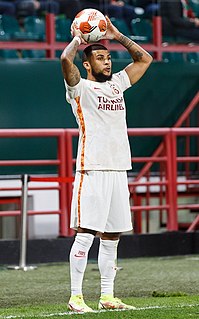 DeAndre Roselle Yedlin is an American professional soccer player who plays for Inter Miami CF in Major League Soccer and the United States national team. Primarily a right-back, Yedlin has also featured as a wing-back and wide midfielder. 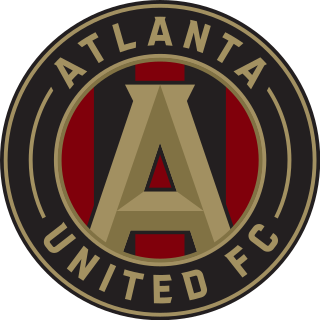 Atlanta United FC, commonly known as Atlanta United, is an American professional soccer club based in Atlanta that competes in Major League Soccer (MLS) as a member of the league's Eastern Conference. They are the most recent winner of the U.S. Open Cup.

Zackary Thomas Steffen is an American professional soccer player who plays as a goalkeeper for Premier League club Manchester City and the United States national team.

Anton Charles Walkes is an English professional footballer who plays as a defender and midfielder for Major League Soccer club Charlotte FC.

Wyatt Omsberg is an American professional soccer player who plays as a defender for Major League Soccer club Chicago Fire.

Luis Thomas Binks is an English professional footballer who plays as a defender for Serie A club Bologna.