Peter DiMaggio is an internationally recognized expert on the design of blast resistant buildings. He was the lead engineer for construction of the U.S. Embassies in Moscow, Berlin and Baghdad.

DiMaggio attended the Columbia University where he studied engineering and played on the men's soccer team. He graduated in 1992 with a bachelor's degree in civil engineering and later earned a masters degree in structural engineering from Columbia. He had an outstanding collegiate soccer career, being named a 1990 second team All American and the 1991 Ivy League Player of the Year as well as first team All American. [1] [2] [3] He is of Italian ancestry.

In 1994, DiMaggio was hired by Weidlinger, an engineering company based out of New York City. Since then he has steadily established himself as an expert in designing blast resistant buildings and structures. He was the lead engineer for the construction of the U.S. Embassies in Moscow, Berlin and Baghdad as well as Valeo’s technical center in Michigan and the Claremont Tower in New Jersey. [4] In January 2006, DiMaggio was named a principal in Weidlinger. In addition to his work with Weidlinger, DiMaggio also sits on the Board of Directors of the Structural Engineers Association of New York and is co-chairman of their Codes and Standards committee. [5]

Leslie Earl Robertson is an American engineer. He was the lead structural engineer of the Twin Towers of the original World Trade Center in New York City. He has since been structural engineer on numerous other projects, including the Shanghai World Financial Center and the Bank of China Tower in Hong Kong.

Tung-Yen Lin was a Chinese-born American structural engineer who was the pioneer of standardizing the use of prestressed concrete.

Fazlur Rahman Khan was a Bangladeshi-American structural engineer and architect, who initiated important structural systems for skyscrapers. Considered the "father of tubular designs" for high-rises, Khan was also a pioneer in computer-aided design (CAD). He was the designer of the Sears Tower, since renamed Willis Tower, the tallest building in the world from 1973 until 1998 and the 100-story John Hancock Center.

Arup is a multinational professional services firm headquartered in London which provides engineering, architecture, design, planning, project management and consulting services for all aspects of the built environment. Founded by Sir Ove Arup in 1946, the firm has over 16,000 staff based in 96 offices across 35 countries around the world. Arup has participated in projects in over 160 countries.

Mario G. Salvadori was a structural engineer and professor of both civil engineering and architecture at Columbia University. 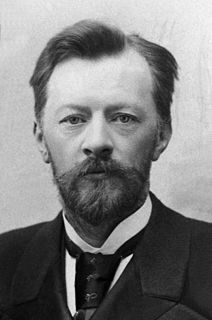 Vladimir Grigoryevich Shukhov was a Russian engineer-polymath, scientist and architect renowned for his pioneering works on new methods of analysis for structural engineering that led to breakthroughs in industrial design of the world's first hyperboloid structures, diagrid shell structures, tensile structures, gridshell structures, oil reservoirs, pipelines, boilers, ships and barges. He is also the inventor of the first cracking method.

Dr. W. Gene Corley, P.E. was an American structural engineer and "preeminent expert on building collapse investigations and building codes." Corley was the Senior Vice President of CTLGroup from 1987 to 2013, where he led structural engineering projects, including numerous evaluations of buildings and structures damaged by earthquake, explosions, and from terrorist attacks. He led the investigation of structural performance of the Murrah Building following the Oklahoma City bombing in 1995, and the World Trade Center Building Performance Study in 2001-2002 following the September 11, 2001 attacks. He died on March 1, 2013. He was 77.

Theodore P. Zoli, III is an American structural engineer, and a leading designer of cable-stayed bridges. He is currently the National Bridge Chief Engineer at HNTB Corporation and is a 2009 MacArthur Fellow.

Henry Ludwig Michel is a civil engineer and former chairman of Parsons Brinckerhoff. He has been responsible for the planning and management of public infrastructure projects, having received international acclaim for his management of worldwide transportation projects. In 2000, Michel was honored with the Pupin Medal conferred by Columbia University in memory of Michael Pupin.

Jesse Merrick Smith was a prominent American mechanical engineer, consulting engineer, patent expert, and president of the American Society of Mechanical Engineers in the year 1909-10.