1949—Paul Weidlinger opens consultancy: Weidlinger Associates dates back to 1949 with the launch of Paul Weidlinger Consulting Engineers in Washington, D.C. A native of Budapest, Hungary, Paul earned a master's degree from the ETH Zurich in Zurich. He apprenticed with Le Corbusier in Paris and László Moholy-Nagy in London before coming to the United States in the late 1940s.

1950s—Applied Science division launched: Paul Weidlinger, Dr. Mario Salvadori and Dr. Melvin Baron shared an interest in the dynamic response of structures, which led the firm to create an Applied Science division. The group developed analysis and design procedures to protect structures from the effects of blast loadings. Their methods led to early and continuing use of computers in advanced analysis and design.

1960—Charlie Thornton joins LZA: Charlie Thornton, who earned master’s and doctoral degrees from New York University and authored a thesis on cable nets, joined Lev Zetlin Associates in 1960. Serving as co-chairman of the firm until 2004, he was involved in the analysis, design and construction of projects worldwide.

1980s-1990s—FLEX code introduced: The FLEX code was first developed by Weidlinger in the early 1980s to support Nuclear Test Ban Treaty monitoring. Its name is derived from its primary focus, performing ”fast large explicit’ time-domain dynamic simulations, and from its versatility and speed in modeling unusually large structures. In the early 1990s, the FLEX code was diversified into a family: NLFlex (blast), EMFlex (electromagnetic waves), and PZFlex (sonar and ultrasound). In 1999, SpectralFlex was developed to serve the growing field of medical therapeutics, and in 2002, Weidlinger created the FLEX Template System, for modeling and simulation of structural components of civilian structures subjected to bomb blasts.

2001—World Trade Center collapse (New York, New York): In the 10 months after the September 11 attacks, crews removed more than 1.6 million tons of debris. Thornton Tomasetti staff were the first engineers on the site on September 11, and started work that afternoon. [3] The firm supervised 20 member firms of the Structural Engineers Association of New York and arranged for 24/7 coverage of the site for nine months. The firm assisted in rescue, demolition and clean-up, advising on structural issues that required resolution as part of the recovery effort.

2011 – CORE studio founded: CORE studio is the firm's internal research and development group that specializes in application development, computational modeling and artificial intelligence to create efficiencies in the structural design and construction process.

2012—Response to Hurricane Sandy: On October 29, 2012, Hurricane Sandy made landfall near Atlantic City, New Jersey. In response, the firm conducted damage assessment in three states related to structural and architectural integrity, HVAC, electrical, plumbing and fire protection equipment and systems. Included in the investigations were high-rise office and residential facilities, and other retail, rail, aviation and government facilities. [5]

Minoru Yamasaki was an American architect, best known for designing the original World Trade Center in New York City and several other large-scale projects. Yamasaki was one of the most prominent architects of the 20th century. He and fellow architect Edward Durell Stone are generally considered to be the two master practitioners of "New Formalism".

Skidmore, Owings & Merrill (SOM) is an American architectural, urban planning and engineering firm. It was founded in 1936 by Louis Skidmore and Nathaniel Owings in Chicago, Illinois. In 1939, they were joined by engineer John Merrill. The firm opened its second office, in New York City, in 1937 and has since expanded internationally, with offices in San Francisco, Los Angeles, Washington, D.C., London, Melbourne, Hong Kong, Shanghai, Seattle, and Dubai.

Kohn Pedersen Fox Associates (KPF) is an American architecture firm that provides architecture, interior, programming and master planning services for clients in both the public and private sectors. KPF is one of the largest architecture firms in New York City, where it is headquartered. 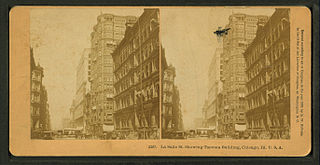 LeMessurier Consultants is a Boston, Massachusetts firm, founded by William LeMessurier in 1961. It provides engineering support services to architects and construction firms. They focus on advanced structural techniques and impacts to construction materials. They are known for their modular construction techniques including the Mah-LeMessurier System for precast concrete in high-rise housing, the Staggered Truss System for high-rise steel structures, and the tuned mass damper used to reduce tall building motion. One of the best known uses of the damper is the John Hancock Tower in Boston. In addition to new construction, they also work with retrofitting buildings and historic preservation.

The Institution of Structural Engineers' Structural Awards have been awarded for the structural design of buildings and infrastructure since 1968. The awards were re-organised in 2006 to include ten categories and the Supreme Award for structural engineering excellence, the highest award a structural project can win.

Peter DiMaggio is an internationally recognized expert on the design of blast resistant buildings. He was the lead engineer for construction of the U.S. Embassies in Moscow, Berlin and Baghdad.

RCBC Plaza is an office skyscraper complex located in Makati, Philippines. It is home to the offices of the Rizal Commercial Banking Corporation (RCBC) and is composed of two buildings: the taller RCBC Plaza Yuchengco Tower and the smaller RCBC Plaza Tower 2. The taller tower stands at 192 meters (630 ft) from the ground to its architectural top, and is currently the 8th-tallest complete building in Makati, and is the 16th-tallest building in the Philippines, while the shorter tower stands at 170 meters (560 ft). At the time of its completion, the complex, as a whole, was considered by its developers to be the largest and most modern office development in the country.

Haeundae Doosan We've the Zenith is a complex of three residential towers in the Haeundae District of Busan, South Korea, which was completed in 2011. With 80 floors and a height of 301 m, Tower A is the 18th tallest residential building in the world, and has been officially announced as the second tallest building in Korea, according to the Ministry of Land, Transport and Maritime Affairs. The Haeundae Doosan We’ve the Zenith consists of three residential buildings, with 70, 75 and 80 stories respectively, comprising 1,788 households in total, and one office building on its 42,500 square metres (457,000 sq ft) site. The total construction work took 48 months from November 2007 to November 2011.

Enclos Corp, referred to as Enclos, is a specialty glazing and exterior facade contractor in the United States. The firm provides design, engineering, fabrication and assembly services for custom curtainwall systems and structural glass facades. Enclos is headquartered in Eagan, Minnesota, and is a subsidiary of CH Holdings USA, Inc.

Guy Nordenson is a structural engineer and professor of structural engineering and architecture at Princeton University School of Architecture. He attended the Massachusetts Institute of Technology, graduating with a Bachelor of Science in Civil Engineering in 1977, followed by a Masters of Science in Structural Engineering and Structural Mechanics from the University of California at Berkeley in 1978. After graduating from UC Berkeley he worked at Forell/Elsesser Engineers in San Francisco (1978-1982) and Weidlinger Associates in New York City (1982–1987), before establishing the New York office of Ove Arup & Partners in 1987 where he was a director until leaving in 1997 to begin his own structural engineering practice, Guy Nordenson and Associates.

DeSimone Consulting Engineers is a structural engineering firm founded by Vincent J. DeSimone in 1969 in New York City. The firm provides structural engineering services to architects, owners and developers, and performs structural analysis and design for all types of buildings at all project phases. DeSimone also launched a Property Loss Consulting division in 2016. The company has offices in New York City, Miami, San Francisco, New Haven, Las Vegas, Houston, Abu Dhabi, Boston, Chicago, and Medellin. As of 2016, DeSimone has designed over 10,000 projects in 40 states and 45 countries. 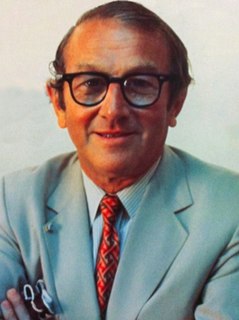 110 North Wacker, also known as the Bank of America Tower, is a 57-floor Chicago skyscraper located at 110 North Wacker Drive. It was developed by the Howard Hughes Corporation and Riverside Investment & Development. It was designed by Goettsch Partners with construction by Clark Construction. Structural engineering was by Thornton Tomasetti. A topping-out ceremony was held in September 2019 and the building officially opened in on October 14, 2020.