Modern Art Museum of Fort Worth

The Modern Art Museum of Fort Worth (widely referred to as The Modern) is a museum of post-World War II art in Fort Worth, TX. The museum dates back to 1892 and its current building in the city's Cultural District opened in 2002. It can show up to 150 works of art and its permanent collection includes more than 3,000 works.

The Modern Art Museum of Fort Worth was first granted a Charter from the State of Texas in 1892 as the "Fort Worth Public Library and Art Gallery", evolving through several name changes and different facilities in Fort Worth. The mission of the museum is "collecting, presenting and interpreting international developments in post-World War II art in all media."

The current building, designed by Japanese architect Tadao Ando was opened to the public on Saturday, December 14, 2002. The Museum currently showcases up to 150 works of art in its 53,000 square feet (4,900 m2) of gallery space. The majority of works in the collection are dated in between 1945 and present. [2] The "Modern" is located in the city's Cultural District, adjacent to the Kimbell Art Museum, designed by Louis I. Kahn, and near the Amon Carter Museum, designed by Philip Johnson. The building features five long pavilions set into a reflecting pond.

The Modern Art Museum of Fort Worth maintains one of the foremost collections of international modern and contemporary art in the central United States. Various movements, themes, and styles are represented, including abstract expressionism, color field painting, pop art, and minimalism, as well as aspects of new image painting from the 1970s and beyond, recent developments in abstraction and figurative sculpture, and contemporary movements in photography, video, and digital imagery.

The Isabella Stewart Gardner Museum is an art museum in Boston, Massachusetts, which houses significant examples of European, Asian, and American art. Its collection includes paintings, sculpture, tapestries, and decorative arts. It is originally the home of Isabella Stewart Gardner, whose will called for her art collection be permanently exhibited "for the education and enjoyment of the public forever". 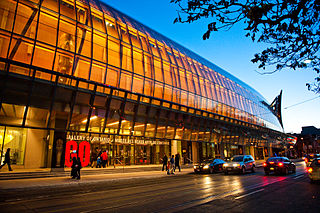 The Art Gallery of Ontario is an art museum in Toronto, Ontario, Canada. The museum is located in the Grange Park neighbourhood of downtown Toronto, on Dundas Street West between McCaul and Beverley Streets. The museum's building complex takes up 45,000 square metres (480,000 sq ft) of physical space, making it one of the largest art museums in North America. In addition to exhibition spaces, the museum also houses an artist-in-residence office and studio, dining facilities, event spaces, gift shop, library and archives, theatre and lecture hall, research centre, and a workshop.

The Kimbell Art Museum in Fort Worth, Texas, hosts an art collection as well as traveling art exhibitions, educational programs and an extensive research library. Its initial artwork came from the private collection of Kay and Velma Kimbell, who also provided funds for a new building to house it. 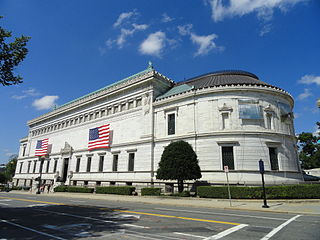 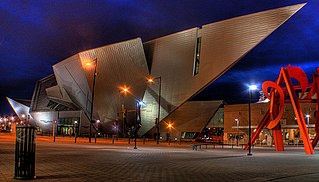 The Denver Art Museum — DAM is an art museum located in the Civic Center of Denver, Colorado. The museum is one of the largest art museums between the West Coast and Chicago. It is known for its collection of American Indian art, and its other collections of more than 70,000 diverse works from across the centuries and world. 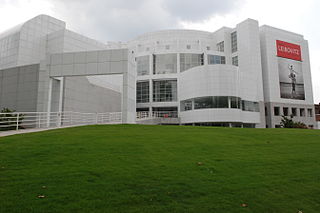 The High Museum of Art, located in Atlanta, is a leading art museum in the Southeastern United States. Located on Peachtree Street in Midtown, the city's arts district, the High is a division of the Woodruff Arts Center. 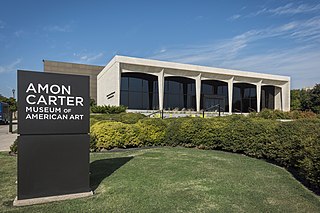 The Amon Carter Museum of American Art (ACMAA) is located in Fort Worth, Texas, in the city's cultural district. The museum's permanent collection features paintings, photography, sculpture, and works on paper by leading artists working in the United States and its North American territories in the nineteenth and twentieth centuries. The greatest concentration of works falls into the period from the 1820s through the 1940s. Photographs, prints, and other works on paper produced up to the present day are also an area of strength in the museum's holdings. 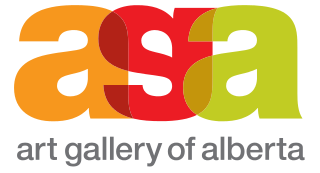 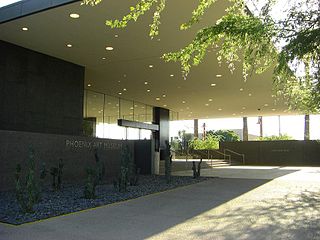 The Phoenix Art Museum is the largest museum for visual art in the southwest United States. Located in Phoenix, Arizona, the museum is 285,000 square feet (26,500 m2). It displays international exhibitions alongside its comprehensive collection of more than 18,000 works of American, Asian, European, Latin American, Western American, modern and contemporary art, and fashion design. A community center since 1959, it hosts festivals, live performances, independent art films and educational programs year-round. It also features The Hub: The James K. Ballinger Interactive Gallery, an interactive space for children; photography exhibitions through the museum's partnership with the Center for Creative Photography; the landscaped Sculpture Garden; dining and shopping.

The Crow Museum of Asian Art is a museum in downtown Dallas, Texas, dedicated to celebrating the arts and cultures of Asia including China, Japan, India, Korea, Nepal, Vietnam, Cambodia, Thailand, Indonesia, Myanmar and the Philippines, from ancient to the contemporary. The Crow Museum opened to the public on December 5, 1998, as a gift to the people and visitors of Dallas from Mr. and Mrs. Trammell Crow. The museum is a member of the Dallas Arts District. The interior was designed by Booziotis and Company Architects of Dallas.

The University of Michigan Museum of Art (UMMA) in Ann Arbor, Michigan with 94,000 sq ft (8,700 m2) is one of the largest university art museums in the United States. Built as a war memorial in 1909 for the university's fallen alumni from the Civil War, Alumni Memorial Hall originally housed U-M's Alumni office along with the university's growing art collection.

The David and Alfred Smart Museum of Art is an art museum located on the campus of the University of Chicago in Chicago, Illinois. The permanent collection has over 15,000 objects. Admission is free and open to the general public. 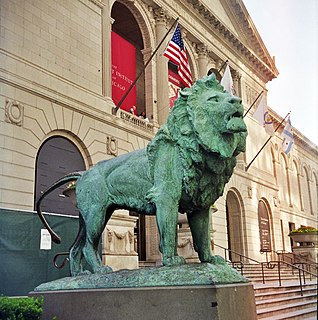 The Art Institute of Chicago, founded in 1879 and located in Chicago's Grant Park, is one of the oldest and largest art museums in the United States. Recognized for its curatorial efforts and popularity among visitors, the museum hosts approximately 1.5 million people annually. Its collection, stewarded by 11 curatorial departments, is encyclopedic, and includes iconic works such as Georges Seurat's A Sunday on La Grande Jatte, Pablo Picasso's The Old Guitarist, Edward Hopper's Nighthawks, and Grant Wood's American Gothic. Its permanent collection of nearly 300,000 works of art is augmented by more than 30 special exhibitions mounted yearly that illuminate aspects of the collection and present cutting-edge curatorial and scientific research.

The architecture of the U.S. state of Texas comes from a wide variety of sources. Many of the state's buildings reflect Texas' Spanish and Mexican roots; in addition, there is considerable influence from mostly the American South as well as the Southwest. Rapid economic growth since the mid twentieth century has led to a wide variety of contemporary architectural buildings.

Modern Gallery is a museum in Zagreb, Croatia that holds the most important and comprehensive collection of paintings, sculptures and drawings by 19th and 20th century Croatian artists. The collection numbers around 10,000 works of art, housed since 1934 in the historic Vranyczany Palace in the centre of Zagreb, overlooking the Zrinjevac Park. A secondary gallery is the Josip Račić Studio at Margaretska 3.

The Sid Richardson Museum is located in historic Sundance Square in Fort Worth, Texas, and features permanent and special exhibitions of paintings by Frederic Remington and Charles M. Russell, as well as some additional late 19th-century works about the American West. The works, reflecting both the art and reality of the American West, are the legacy of the late oilman and philanthropist, Sid Williams Richardson, and were acquired by him from 1942 until his death in 1959. The collection also includes works by Oscar E. Berninghaus, Charles F. Browne, Edwin W. Deming, William Gilbert Gaul, Peter Hurd, Frank Tenney Johnson, William R. Leigh, Peter Moran and Charles Schreyvogel.