Behzad Ghorbani (born March 26, 1971 in Tehran) is an Iranian zoologist and the first Iranian planarialogist. He graduated from the University of Tehran and Shahid Beheshti University (The National University of Iran). In 1997, he identified two new species (Dugesia iranica and Dugesia persica), that were found in the Karaj River.

Iran, also called Persia and officially known as the Islamic Republic of Iran, is a country in Western Asia. With over 81 million inhabitants, Iran is the world's 18th most populous country. Comprising a land area of 1,648,195 km2 (636,372 sq mi), it is the second largest country in the Middle East and the 17th largest in the world. Iran is bordered to the northwest by Armenia and the Republic of Azerbaijan, to the north by the Caspian Sea, to the northeast by Turkmenistan, to the east by Afghanistan and Pakistan, to the south by the Persian Gulf and the Gulf of Oman, and to the west by Turkey and Iraq. The country's central location in Eurasia and Western Asia, and its proximity to the Strait of Hormuz, give it geostrategic importance. Tehran is the country's capital and largest city, as well as its leading economic and cultural center.

University of Tehran is the oldest modern university located in Tehran, Iran. It is also one of the most prestigious universities in the Middle East. Based on its historical, socio-cultural, and political pedigree, as well as its research and teaching profile, UT has been nicknamed "The mother university of Iran". It has been ranked as one of the best universities in the Middle East in national and international rankings and among the top universities in the world. It is also the premier knowledge producing institute among all OIC countries. The university offers 111 bachelor's degree programs, 177 master's degree programs, and 156 Ph.D. programs. Many of the departments were absorbed into the University of Tehran from the Dar al-Funun established in 1851 and the Tehran School of Political Sciences established in 1899.

Astara is a city and capital of Astara County, Gilan Province, Iran. It lies on the border with Azerbaijan Republic and on the Caspian Sea. It is a relatively important border trade center between Iran and the Caucasus.

Ehsan Yarshater was an Iranian historian and linguist who specialized in iranology. He was the founder and director of The Center for Iranian Studies, and Hagop Kevorkian Professor Emeritus of Iranian Studies at Columbia University. 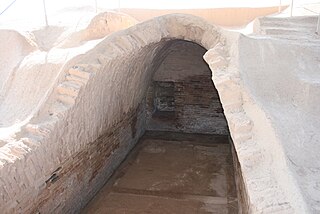 Haft Tepe is an archaeological site situated in the Khuzestan Province in south-western Iran. At this site the remains of the Elamite city of Kabnak were discovered in 1908, and excavations are still carried out. 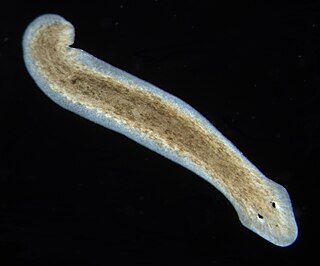 Dugesia is a genus of dugesiid triclads that contains some common representatives of the class Turbellaria. These common flatworms are found in freshwater habitats of Africa, Europe, Middle East, Asia, and Australia. Dugesia is best known to non-specialists because of its regeneration capacities.

Schmidtea is a freshwater triclad genus widely used in regeneration and developmental studies.

Dugesia sicula is a species of dugesiid triclad that lives in freshwater bodies of the Mediterranean Basin, where it is widely distributed. It has been reported from Sicily, Elba and Mallorca, Eivissa, Sardinia, Algeria, Tunisia, Morocco and Crete.

Spathula is a genus of dugesiid triclad. Its species are found in Australia and New Zealand.

Neppia is a genus of dugesiid triclad that is found in South America, Subantarctic region, Africa, Tasmania and New Zealand.

Ali Ghorbani is an Iranian footballer who plays as a forward for Sepahan in Persian Gulf Pro League.

The first elections for the Senate of Iran were held in two-round system with the primary stage beginning in late August 1949 [Šahrīvar 1328 SH]. The elections aroused little enthusiasm in the country; voting was restricted to the literate citizens. In Tehran, only 15,280 votes were cast.

The elections for the sixth Majlis ended on 27 June 1926. 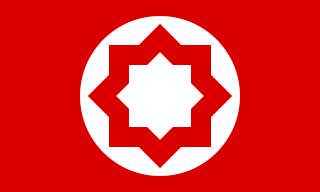 Islamic Nations Party or Party of Islamic Nations was an Islamic leftist armed group with clandestine system short-lived during 1960s. It was initially a secret society active against Pahlavi dynasty in late 1950s. It consisted of middle-class youth, mostly highschool teachers and university students.

Society of the Supporters for Progress, Society for the Progress of Iran or Society of the Seekers of Advancement of Iran or simply the Progressives, also known as the Liberals was a political party in constitutional period Persia and was active during the 2nd term of the Majlis, 1909–1911.

Socialism in Iran or Iranian socialism is a political ideology that traces its beginnings to the 20th century and encompasses various political parties in the country. Iran experienced a short Third World Socialism period at the zenith of the Tudeh Party after the abdication of Reza Shah and his replacement by his son, Mohammad Reza Pahlavi. After failing to reach power, this form of third world socialism was replaced by Mosaddegh's populist, non-aligned Iranian nationalism of the National Front party as the main anti-monarchy force in Iran, reaching power (1949–1953), and it remained with that strength even in opposition until the rise of Islamism and the Iranian Revolution. The Tudehs have moved towards basic socialist communism since then. 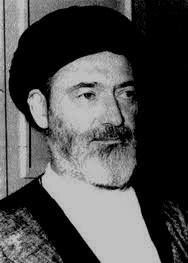 Seyyed Hassan Emami was an Iranian Shia cleric and royalist politician. He worked as a judge in the Ministry of Justice and taught law at University of Tehran.

Behzad Abdi is an Iranian composer of opera, film and television music. 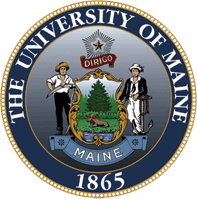