Benjamin Mink (born January 22, 1951) is a Canadian songwriter, multi-instrumentalist and producer, best known as a long-time collaborator with Canadian singer k.d. lang. [1] He plays several string instruments, notably the guitar, violin and the mandolin, and is a music producer.

Born to Polish parents who were Holocaust survivors, [2] Mink was raised in Toronto, Ontario. He got his start performing with the rock/country group Mary-Lou Horner, which became the house band at "The Rockpile" bar and nightclub. [3] They opened for Led Zeppelin and Muddy Waters, along with being a backup band for Chuck Berry. [4]

Mink was a member of the bands Stringband, Murray McLauchlan's Silver Tractors, FM [5] and The Blazing Zulus. [6]

Mink is best known as a long-time collaborator with Canadian singer k.d. lang, whom he met at Expo '85 while doing a gig with CANO. [7] [8] Mink has performed on, along with co-writing and producing several of her albums, which often combine voice with string arrangements. [9] Mink subsequently performed as violinist, guitarist, and mandolinist with lang's band, the Reclines. A performance for the Grammy nominated album Ingenue, was recorded as part of the MTV Unplugged series at the Ed Sullivan Theater, New York City, December 16, 1992 (aired in 1993). [10]

Mink was interviewed about his songwriting collaboration with Lang as for the British television South Bank Show in 1996. [11]

Mink was invited to play electric violin on the Rush song "Losing It" from the band's 1982 album Signals and contributed strings to the song "Faithless" from the 2007 album Snakes & Arrows . He also co-wrote, produced and played guitar on My Favourite Headache (2000), a solo project of Rush's lead singer Geddy Lee. [12] [13] [14]

Mink was also responsible for the movie soundtrack to Fifty Dead Men Walking . [16] which has since received numerous awards and nominations including a 2010 Genie Award nomination for Best Achievement in Music – Original Score, and a 2009 Leo Award for Best Musical Score for a Feature Length Drama. The television soundtracks for Terminal City. and Alice ., [17] both garnered Leo Awards. Confessions of an Innocent Man, a shocking, heart-wrenching story about British-Canadian engineer William Sampson, won a 2007 Gemini Award for Best Biography Documentary Program. In 2011, the TV series Glee used Ben's composition "Constant Craving", from the 1992 album Ingenue, [18] in the seventh episode of the third season for its closing number, (performed by Chris Colfer, Idina Menzel and Naya Rivera).

He co-produced Red Velvet Car for Heart's Ann and Nancy Wilson, released in the fall of 2010 [19] and appeared onstage in the band's concert video Night At Sky Church. [20] Mink was back at the helm as producer of Heart's 2012-2013 album Fanatic which included the single "Walkin Good" featuring Sarah McLachlan. and again appeared onstage in the band's concert video Fanatic Live From Caesars Colosseum. Mink co-produced and performed on Feist's Grammy nominated hit single "1-2-3-4", playing strings and guitars. [15]

Mink has lectured on such topics as "The Music Business vs. the Creative Process," at the University of British Columbia, Western Washington University and Simon Fraser University. He has also worked with students as an associate of UBC's Department of Mechanical Engineering (robotics) and is an associate member of the Institute for Computing, Information & Cognitive Systems. In 2006 Mink delivered the introductory speech for k.d. lang's Governor General's Performing Arts Award induction at the National Arts Centre in Ottawa. He has also contributed to the Library and Archives Canada [21]

Mink is a member of the Black Sea Station, a North American klezmer supergroup. Their debut recording, Transylvania Avenue, is produced by Mink, and was released on Rounder Records in the Fall of 2010 as a digital download. [22] He's also produced other klezmer musical acts in the past such as Finjan, The Klezmatics [23] and Chava Alberstein. [24] [25]

Mink is one of few people to ever share a songwriting credit with Mick Jagger and Keith Richards. In 1997 Mink and k.d. lang were co-credited as songwriters on the Rolling Stones single "Anybody Seen My Baby?". Mink and Lang were given credit before the song was released because Jagger/Richards felt the chorus was very similar to "Constant Craving", written by lang and Mink in 1992.

In 2014 The Knowledge Network's "Take Me Home" series presented a short biographical film on Ben Mink. Mink has one solo recording - the hard to find 1980 release, "Foreign Exchange", on Passport Records. [1] Originally recorded by Daniel Lanois and produced by Allan Soberman, It has been re-mastered for January 2015 digital release.

On June 19, 2015, Mink performed "Losing It" with Rush at the Air Canada Centre in Toronto, as part of the band's R40 Live Tour. The song had never been played live in any previous tour.

In 1990, Mink was first co-nominated with lang for a Best Country Song Grammy for Torch and Twang's "Luck in My Eyes". Subsequently, as a producer and writer, he has been nominated in total for nine Grammies, winning twice for his work with lang.

Kathryn Dawn Lang, known by her stylized stage name k.d. lang, is a Canadian pop and country singer-songwriter and occasional actress. Lang has won Juno Awards and Grammy Awards for her musical performances. Hits include the songs "Constant Craving" and "Miss Chatelaine". 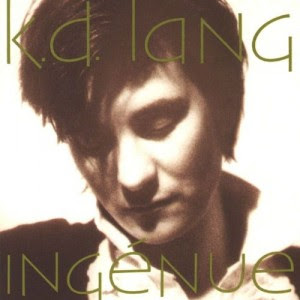 Ingénue is the second solo album by Canadian singer k.d. lang, released in 1992. It is Lang's most successful album on the pop charts, both in her native Canada and internationally, and has more of a cabaret flavor than her earlier more country-influenced work. 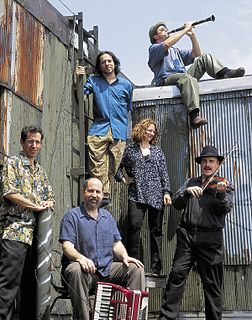 The Klezmatics are an American klezmer music group based in New York City, who have achieved fame singing in several languages, most notably mixing older Yiddish tunes with other types of more contemporary music of differing origins. They have also recorded pieces in Aramaic and Bavarian.

The Juno Awards of 1994, representing Canadian music industry achievements of the previous year, were awarded on 20 March 1994 in Toronto at a ceremony in the O'Keefe Centre. Roch Voisine was the host for the ceremonies, which were taped that afternoon for broadcast that evening on CBC Television.

Pranam "Chin" Injeti is a Canadian singer, musician, and music producer. He got his start as a founding member of Juno Award-winning group Bass is Base. He frequently collaborates with producer DJ Khalil; together they have written and produced songs for Dr. Dre, 50 Cent, Drake, Clipse, Eminem and P!nk. Injeti's work with Eminem and Lecrae has garnered 3 Grammy Awards, as well as Grammy nominations for Aloe Blacc's Lift Your Spirit and P!nk's The Truth About Love.

Alicia Svigals is an American violinist and composer. A co-founder of the Grammy-winning band The Klezmatics, she is considered by many to be the world's foremost living klezmer fiddler.

Greenhouse Studios is a music recording facility founded by Bruce Levens in 1987. The facility has recorded over 1000 albums during the last 25 years. The studio was incorporated as Lions Gate Studios, subsequently changing its name to Vancouver Studios before finally settling on the Greenhouse Studios name. 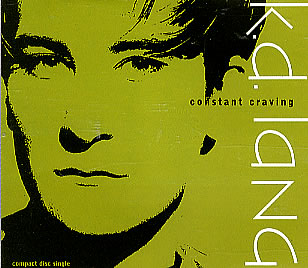 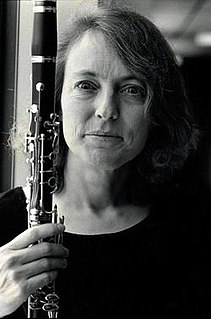 Margot Leverett is a New York-based clarinettist. Born in Ohio, she lived in Pittsburgh, Pennsylvania and Buffalo, New York before studying at Indiana University School of Music. At Indiana, she was classically trained. Leverett later became interested in klezmer, a traditional musical style of the Jews of Eastern Europe. She studied with klezmer clarinettist Sidney Beckerman and was a founding member of The Klezmatics in 1985. The Klezmatics, a band associated with the Klezmer Revival of the 1980s and onward, would later become the first klezmer band to win a Grammy Award.

Wonder Wheel is a 2006 album by neo-Klezmer band The Klezmatics. It features lyrics by Woody Guthrie which were unrecorded during his life. It won the Grammy Award for Best Contemporary World Music Album at the 49th Grammy awards.

Klezmer (Yiddish: Klezmer is a genre of fiddle music rooted in the medieval shtetl of Eastern Europe, where wandering Ashkenazi musicians played at bar mitzvahs, weddings and holidays – a ritual of rabbinic Judaism.

Lisa Gutkin is an American violinist, singer and songwriter of The Klezmatics. She played in Sting's The Last Ship, had a cameo appearance in “Sex and the City,” and is a MacDowell Fellow at the MacDowell Colony. Lisa appears on hundreds of recordings including From Here On In, a CD of her original songs produced by John Lissauer, and Play Klezmer Fiddle!, an instructional DVD. She has co-authored songs with Woody Guthrie, Anne Sexton, and Maggie Dubris, and composed for symphony orchestra, dance, and film. She is the Co-Music Director and Co-Composer for the Broadway show "Indecent (play)" which won 2 Tony Awards for Best Direction of a Play and Best Lighting Design of a Play in 2017.

Matt Darriau, is a Balkan, klezmer, Celtic and jazz musician. His most notable work is with Balkan rhythm quartet Paradox Trio, The Klezmatics, and Orange Then Blue.

"YYZ" is an instrumental rock composition by the band Rush from their 1981 album Moving Pictures. It is one of the band's most popular pieces and was a staple of the band's live performances. The live album Exit...Stage Left (1981) and the concert video recording A Show of Hands (1989) both include versions in which Neil Peart incorporates a drum solo – as an interlude on the former, and as a segue out of the piece on the latter.