Beyond Eagle and Swastika

Beyond Eagle and Swastika: German Nationalism Since 1945 is a book by Kurt P. Tauber. It is a history and analysis of (and a reference work on) anti-democratic nationalism in postwar Germany. It was completed in 1963 after ten years of research. Wesleyan University Press, of Middletown, Connecticut, published it in two volumes (spanning 1,598 pages) in 1967. 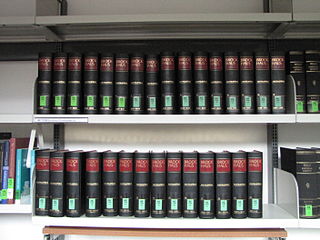 Nationalism is an ideology and movement that promotes the interests of a particular nation especially with the aim of gaining and maintaining the nation's sovereignty (self-governance) over its homeland. Nationalism holds that each nation should govern itself, free from outside interference (self-determination), that a nation is a natural and ideal basis for a polity, and that the nation is the only rightful source of political power. It further aims to build and maintain a single national identity—based on shared social characteristics such as culture, language, religion, politics, and belief in a shared singular history—and to promote national unity or solidarity. Nationalism, therefore, seeks to preserve and foster a nation's traditional culture, and cultural revivals have been associated with nationalist movements. It also encourages pride in national achievements, and is closely linked to patriotism. Nationalism is often combined with other ideologies, such as conservatism or socialism for example.

Beyond Eagle and Swastika was called "a monumental work" by Louis Leo Snyder in a review for The Annals of the American Academy of Political and Social Science . [1] Gordon A. Craig said that it was a "scholarly tour de force" in a review comparing it to Ferenc A. Váli's The Quest for a United Germany. [2]

Louis Leo Snyder was an American scholar, who witnessed first hand the Nazi mass rallies held from 1923 on in Germany; and wrote about them from New York in his Hitlerism: The Iron Fist in Germany published in 1932 under the pseudonym Nordicus. Snyder predicted Adolf Hitler's rise to power, Nazi alliance with Benito Mussolini, and possibly the war upon the French and the Jews. His book was the first publication of the complete NSDAP National Socialist Program in the English language.

Gordon Alexander Craig was a Scottish-American historian of German history and of diplomatic history.

The Efficiency Movement was a major movement in the United States, Britain and other industrial nations in the early 20th century that sought to identify and eliminate waste in all areas of the economy and society, and to develop and implement best practices. The concept covered mechanical, economic, social, and personal improvement. The quest for efficiency promised effective, dynamic management rewarded by growth.

Walter K. Andersen is an American academic known for his studies of the Rashtriya Swayamsevak Sangh (RSS) – a Hindu nationalist organization. He currently serves as Senior Adjunct Professor of South Asia Studies at Johns Hopkins University Paul H. Nitze School of Advanced International Studies and is a part of the faculty of Tongji University, Shanghai (China). Previously, he taught comparative politics at the College of Wooster before joining the United States State Department as a political analyst for South Asia specializing in India and Indian Ocean affairs. Additionally, he was an adjunct professor at The American University in Washington, D.C.

Sydney Eckman Ahlstrom was an American educator and historian. He was a Yale University professor and a specialist in the religious history of the United States.

The American Academy of Political and Social Science was founded in 1889 to promote progress in the social sciences. Sparked by Professor Edmund J. James and drawing from members of the faculty of the University of Pennsylvania, Swarthmore College, and Bryn Mawr College, the Academy sought to establish communication between scientific thought and practical effort. The goal of its founders was to foster, across disciplines, important questions in the realm of social sciences, and to promote the work of those whose research aimed to address important social problems. Today the AAPSS is headquartered at the Annenberg Public Policy Center at the University of Pennsylvania in Philadelphia and aims to offer interdisciplinary perspectives on important social issues.

The Union Federal Party was a white liberal South African party that broke away from the United Party after the 1953 election. It never gained any seats in Parliament, and ceased to exist in 1960.

Ned Polsky was an American author and sociologist who wrote the 1969 book Hustlers, Beats, and Others, about political culture, criminology and pool hustlers. He was also known for his criticism of Norman Mailer's essay The White Negro, included with the essay in later collections of Mailer's work, and as an "insane Joyce fanatic" who memorized long passages from Finnegans Wake.

Americans in India comprise expatriates and immigrants from the United States living in India, along with Indian citizens of American descent. They have a history stretching back to the late 18th century.

István Deák is a Hungarian-born American historian, author and academic. 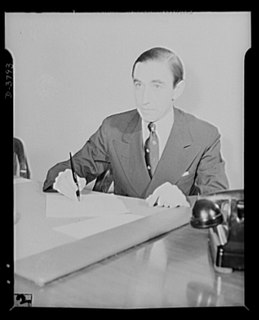 Thomas Martin Franck was a lawyer, law professor, and expert on international law. Franck was the Murry and Ida Becker Professor of Law at New York University and advised many nations on legal matters, even helping some to write their constitutions.

This is a list of books in the English language which deal with Norfolk Island and its geography, history, inhabitants, culture, biota, etc.

This is a list of books in the English language which deal with Albania and its geography, history, inhabitants, culture, biota, etc.

The historiography of the United States refers to the studies, sources, critical methods and interpretations used by scholars to study the history of the United States. While history examines the interplay of events in the past, historiography examines the secondary sources written by historians as books and articles, evaluates the primary sources they use, and provides a critical examination of the methodology of historical study.

Peter Brock (1920–2006) was an English-born Canadian historian who specialized in the history of pacifism and Eastern Europe.

Adolf Fox Sturmthal was a U.S. political scientist, sociologist and journalist of Austrian birth who specialised in labour studies and international relations.

The Combined Raw Materials Board was a temporary World War II government agency that allocated the combined economic resources of the United States and Britain. It was set up by President Franklin D. Roosevelt and Prime Minister Winston Churchill on January 26, 1942. Later Canada participated as an associated member in many of the Board's decisions.

Robert N. Burr (1916-2014) was an American historian. He was a Professor of History at the University of California, Los Angeles (UCLA) from 1948 to 1987, where he established the Latin American Studies program and served as its chair department from 1973 to 1977. He was the author of four widely reviewed books about Latin America and the recipient of scholarly awards.

The American as Anarchist: Reflections on Indigenous Radicalism is a history book about the role of Protestantism, capitalism, and American geography in developing American libertarian sentiment.