The Boston Yanks were a National Football League team based in Boston, Massachusetts, that played from 1944 to 1948. The team played its home games at Fenway Park. Any games that conflicted with the Boston Red Sox baseball schedule in the American League were held at Braves Field of the cross-town National League team, the Boston Braves. Team owner Ted Collins, who managed singer and TV show host Kate Smith (1907–1986), for thirty years, picked the name "Yanks" because he originally wanted to run a team that played at New York City's old Yankee Stadium. The Yanks could manage only a losing 2–8 record during their first regular season.

Because of a shortage of players caused by World War II, the Yanks were temporarily merged with the Brooklyn Tigers for the 1945 season, and styled as just the Yanks with no home city named. The merged team played four home games in Boston and one in New York and finished with a losing 3–6–1 record.

When Brooklyn Tigers owner Dan Topping announced his intentions to join the newly established rival professional football league, the All-America Football Conference (AAFC) in 1946, his NFL franchise was revoked and all of its players were assigned to the Yanks. After three continuous losing seasons, Collins finally was allowed to move to New York City. But instead of an official relocation, he asked the league to officially fold his Boston franchise and give him a new franchise, for a Federal tax write off. The League granted his request, and Collins named his new team the New York Bulldogs. [1] The Boston Yanks are the only officially defunct NFL team ever to have the first overall NFL draft pick. They had it twice, in 1944 and 1946. Both times they selected a quarterback from the University of Notre Dame: Angelo Bertelli (1944) and Frank Dancewicz (1946). Owner Ted Collins moved his "defunct" Yanks franchise to New York in 1949, where it continued for one year as the Bulldogs and two years known as the New York Yanks.

The Dallas Texans played in the National Football League (NFL) for one season, 1952, with a record of 1–11. The team is considered one of the worst teams in NFL history, both on and off the field. The team was based first in Dallas, then Hershey, Pennsylvania, and Akron, Ohio, during its only season. After the team folded, the league awarded its holdings to the new Baltimore Colts. The American Football League (AFL) had a 1960 charter member named the Dallas Texans, but the AFL Texans have no relationship with the earlier NFL team.

The American Basketball League (ABL) was an early professional basketball league. During six seasons from 1925–26 to 1930–31, the ABL was the first attempt to create a major professional basketball league in the United States. Joseph Carr, who was, in 1925, the president of the recently founded, three year old National Football League, organized the ABL from nine of the best independent pro teams from the East and the Midwest. George Halas of the NFL Chicago Bears was the owner of the Chicago Bruins, and department store magnate Max Rosenblum, a part owner of the NFL's Cleveland Bulldogs, financed the Cleveland Rosenblums. Future NFL owner George Preston Marshall, the owner of a chain of laundries, was owner of the Washington Palace Five. Other teams were the Boston Whirlwinds, Brooklyn Arcadians, Buffalo Bisons, Detroit Pulaski Post Five, Fort Wayne Caseys, and Rochester Centrals. With the exception of 1927–28, the ABL season was divided into two halves, with the winner of the first half playing the winner of the second half for the championship. Five games into the 1926–27 season, the Original Celtics were admitted to replace the Brooklyn franchise, and won 32 of the remaining 37 games, then shifted to New York the following season.

The New York Yanks were an American football team that played in the National Football League under that name in the 1950 and 1951 seasons.

The 1944 NFL season was the 25th regular season of the United States National Football League. The Boston Yanks joined the league as an expansion team. Also, the Brooklyn Dodgers changed their name to Brooklyn Tigers. Meanwhile, both the Cleveland Rams and the Philadelphia Eagles resumed their traditional operations, while the Pittsburgh Steelers merged with the Chicago Cardinals for this one season due to player shortages as a result of World War II. The combined team, known as Card-Pitt, played three home games in Pittsburgh and two in Chicago, and set the 20th century record for lowest punting average by an NFL team with 32.7 yards per punt.

The 1949 NFL season was the 30th regular season of the National Football League. Prior to the season, Boston Yanks owner Ted Collins asked the league to fold his team due to financial woes, and give him a new one in New York City. This new team would be called the New York Bulldogs. As a result, professional football would not return to Boston until the Patriots began play in 1960.

Martin Owen Ruby was an offensive tackle and defensive tackle for the New York Yankees and the Brooklyn Dodgers in the All-America Football Conference, New York Yanks of the National Football League, and the Saskatchewan Roughriders of the Western Interprovincial Football Union. He lived in Waco, Texas, while he was a professional player.

The 1937 American Football League season is the second season of the second edition of the AFL. After the folding of the Syracuse/Rochester Braves in the 1936 season and the departure of the Cleveland Rams for the National Football League, the league added the Cincinnati Bengals and the Los Angeles Bulldogs, the latter being the first professional football team to play its home games on the American West Coast.

The Syracuse Braves were a professional American football team that competed in the second American Football League in 1936 and 1937. Coached by Don Irwin and Red Badgro, the Braves played in Municipal Stadium, which had a capacity of only about 10,000 people. The team was not a strong draw as it lost its first five games, prompting a search for a new home, including Providence, Rhode Island, before settling upon a move to Rochester. 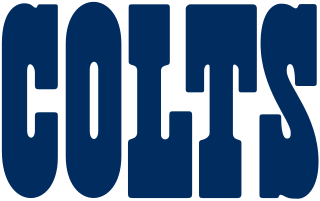