COWI A/S is an international consulting group, specialising in engineering, environmental science and economics, with headquarters in Lyngby, Denmark.

It has been involved in more than 50,000 projects in 175 countries and has approximately 7,300 employees, including engineers, biologists, geologists, economists, surveyors, anthropologists, sociologists and architects. [4]

COWI was founded in 1930 by civil engineer Christen Ostenfeld. [5] Wriborg W. Jønson became a partner 16 years later. From 1946 to 1973, the company operated as a partnership under the name of Chr. Ostenfeld & W. Jønson. The initials of the two senior partners lent the company its name.

In 2008 the firm bought Flint & Neill, a UK civil and structural engineering consultancy specialising in bridges.

COWI Holding A/S is an unlisted Danish public limited liability company jointly owned by the COWIfonden (the COWIfoundation) holding 85% of shares with the remaining 15% of company shares held by current and former employees from eight countries where COWI operates. The company regards employee shareholders as co-owners. The current company structure was adapted in 2010. [2]

Altran Technologies, SA is a global innovation and engineering consulting firm founded in 1982 in France by Alexis Kniazeff and Hubert Martigny. Altran operates primarily in high technology and innovation consultancy, which account for nearly 75% of its turnover. Administrative and information consultancy accounts for 20% of its turnover with strategy and management consulting making up the rest. The firm is active in most engineering domains, particularly electronics and IT technology. In 2018, Altran generated €2.916 billion in revenues and employed over 46,693 people around the world. Since June 18, 2015, Altran has been led by CEO Dominique Cerutti. Altran was acquired by Capgemini in 2019.

The Mott MacDonald Group is a consultancy headquartered in the United Kingdom. It employs 16,000 staff in 150 countries. Mott MacDonald is one of the largest employee-owned companies in the world.

Arup is a British multinational professional services firm headquartered in London which provides engineering, architecture, design, planning, project management and consulting services for all aspects of the built environment. Founded by Sir Ove Arup in 1946, the firm has over 16,000 staff based in 96 offices across 35 countries around the world. Arup has participated in projects in over 160 countries.

WSP Global Inc. is a Canadian business providing management and consultancy services to the built and natural environment. It is listed on the Toronto Stock Exchange. After the purchase of New York-headquartered professional services firm Parsons Brinckerhoff in October 2014, WSP Global effectively became one of the largest professional services firms in the world, with approximately 43,600 employees in 500 offices serving in 40 countries. 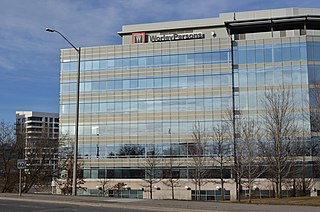 WorleyParsons Limited, branded as Worley after completing the acquisition of Jacobs' Energy, Chemicals & Resources (ECR) division, is a global engineering company which provides project delivery and consulting services to the resources and energy sectors, and complex process industries.

HDR, Inc. is an employee-owned design firm, specializing in engineering, architecture, environmental and construction services. HDR has worked on projects in all 50 U.S. states and in 60 countries, including notable projects such as the Hoover Dam Bypass, Fort Belvoir Community Hospital, and Roslin Institute building. The firm employs over 10,000 professionals and represents hundreds of disciplines in various markets. HDR is the 9th largest employee-owned company in the United States with revenues of over $2.2 billion in 2017. Engineering News-Record ranked HDR as the 6th best design firm in the world out of 500 firms, up from 9th place in 2017.

Stantec Inc. is an international professional services company in the design and consulting industry. Founded in 1954, as D. R. Stanley Associates in Edmonton, Alberta. Stantec provides professional consulting services in planning, engineering, architecture, interior design, landscape architecture, surveying, environmental sciences, project management, and project economics for infrastructure and facilities projects. The Company provides services on projects around the world through over 22,000 employees operating out of more than 410 locations in North America and across offices in 6 continents internationally.

UXC Ltd is an Australian company owned by DXC Technology, which operates in the IT services industry with over 3,000 employees in the private and public sectors across Australasia. UXC is composed of three distinct internal groups that deliver solutions in various industry segments.

MWH Global Inc. is a global water and natural resources firm providing technical engineering, construction services and consulting services. In 2016, MWH was acquired by Stantec Consulting Inc. The firm provided planning, design and construction management for water and natural resources projects around the world. The firm was headquartered in Broomfield, a suburb of the Denver metropolitan area in the state of Colorado of the United States, with operations in 35 countries. As of May 2015, MWH Global had a global staff of approximately 7,000 employees including builders, engineers, architects, geologists, operators, project managers, business consultants, scientists, technologists, and regulatory experts. MWH is listed as the 15th-largest employee-owned company in the United States.

Roxar AS was a provider of products and associated services for reservoir management and production optimisation in the upstream oil and gas industry. Roxar was headquartered in Stavanger, Norway and operated in 19 countries with around 900 employees. Roxar offered software for reservoir interpretation, modelling and simulation, as well as instrumentation for well planning, monitoring, metering and production optimisation. Roxar was acquired by Emerson Electric Company in April 2009. 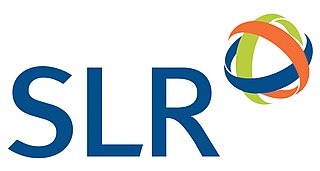 SLR Consulting is a privately owned international environmental consultancy with offices in Europe, North America, Australasia, and Africa. In 2017, it reported revenues of £129.6 million. It delivers advice and support on a wide range of strategic and project-specific issues to a diverse and growing base of business, regulatory and government clients.

InterConsult Bulgaria (ICB) is a global provider of Software development and Industrial internet of things solutions and services, established in Sofia, Bulgaria in 1996. The company focuses on Agile software development practices primarily based on Microsoft technology stack. ICB core competencies include also the development of Business process automation and Decision support system software, software platforms and applications for the Industrial Internet of Things (IIoT), as well as 3D simulation and Augmented reality apps. ICB has delivered more than 350 projects for more than 50 customers in 10 countries.

Ifedayo Olawole Oladapo, OON, FICE, NNOM, was a Nigerian academic and professor of Civil Engineering at the University of Lagos

Arcadis NV is a global design, engineering and management consulting company based in the Zuidas, Amsterdam, Netherlands. It currently operates in excess of 350 offices across forty countries. The company is a member of the Next 150 index.

Surbana Jurong Private Limited is a Singaporean government-owned consultancy company focusing on infrastructure and urban development. It was formed on 22 June 2015 with the merger of Surbana International Consultants and Jurong International Holdings. As of July 2016, it is wholly owned by Temasek Holdings and had 13,000 employees. Surbana Jurong acquired SMEC Holdings and AETOS Holdings on 1 August 2016 and 13 October 2016 respectively. These acquisitions have raised its staff count to 13,000 employees. On 1 November 2017, Surbana Jurong acquired Robert Bird Group, a global consulting engineering firm.

IBI Group Inc. is a Canadian-based international professional services company consulting in the fields of architecture, engineering, planning, landscape architecture, transportation, and technology. Founded in 1974 in Toronto, Ontario, Canada, IBI Group provides professional consulting services around the world. Since 2011 it has been ranked as one of the largest architecture or architecture/engineering firms in the world: in 2011 it ranked 4th or 6th ; in 2016 it was ranked as the 8th largest architecture firm by BD Online; and in 2016 its United States operations were ranked by Archdaily as the 13th largest architecture firm in the USA. As of 2016, it has over 2,400 employees and more than 60 offices in North America, Europe, Asia, and the Middle East. In 2016 its operations in Canada accounted for 60% of its workload, its US operations 20%, and the UK operations 15%.