The CRC Press was founded as the Chemical Rubber Company (CRC) in 1903 by brothers Arthur, Leo and Emanuel Friedman in Cleveland, Ohio, based on an earlier enterprise by Arthur, who had begun selling rubber laboratory aprons in 1900. [2] [3] The company gradually expanded to include sales of laboratory equipment to chemists. In 1913 the CRC offered a short (116-page) manual called the Rubber Handbook as an incentive for any purchase of a dozen aprons. [3] [4] Since then the Rubber Handbook has evolved into the CRC's flagship book, the CRC Handbook of Chemistry and Physics . [4]

In 1964, Chemical Rubber decided to focus on its publishing ventures, and in 1973 the company changed its name to CRC Press, Inc, and exited the manufacturing business, spinning off that line as the Lab Apparatus Company. [2] [4]

Simon & Schuster is an American publishing company and a subsidiary of ViacomCBS. It was founded in New York City on January 2, 1924 by Richard L. Simon and M. Lincoln Schuster. As of 2016, Simon & Schuster was the third largest publisher in the United States, publishing 2,000 titles annually under 35 different imprints.

Brentano's was an American bookstore chain with numerous locations in the United States. 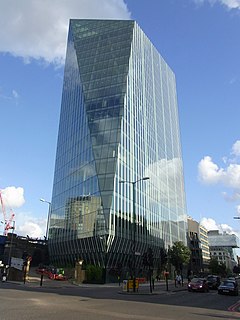 Informa PLC is a British publishing, business intelligence, and exhibitions group. Headquartered in London, it is listed on the London Stock Exchange and is a constituent of the FTSE 100 Index.

The CRC Handbook of Chemistry and Physics is a comprehensive one-volume reference resource for science research. First published in 1914, it is currently in its 102nd edition, published in 2021. It is sometimes nicknamed the "Rubber Bible" or the "Rubber Book", as CRC originally stood for "Chemical Rubber Company".

Chemtura Corporation was a global corporation headquartered in Philadelphia, Pennsylvania, with its other principal executive office in Middlebury, Connecticut. Merged into Lanxess in 2017, the company focused on specialty chemicals for various industrial sectors, and these were transportation, energy, and electronics. Chemtura operated manufacturing plants in 11 countries. Its primary markets were industrial manufacturing customers. The corporation employed approximately 2500 people for research, manufacturing, logistics, sales and administration. Operations were located in North America, Latin America, Europe and Asia. In addition, the company had significant joint ventures primarily in the United States. For the year ended December 31, 2015, the company's global core segment revenue was $1.61 billion. Chief executive officer was Craig A. Rogerson, who was also the president and chairman of the board of Chemtura Corporation. On April 21, 2017, Chemtura was acquired by the German chemical company Lanxess.

Cengage Group is an American educational content, technology, and services company for the higher education, K-12, professional, and library markets. It operates in more than 20 countries around the world. 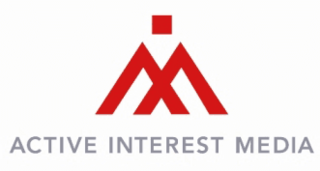