Carmelo Abela (born 10 February 1972) is a Maltese politician and is serving as an incumbent Labour MP and was the Minister for Home Affairs and National Security. He also served as Minister for Foreign Affairs and Trade Promotion. [1] and as Deputy Speaker of the House of Representatives of Malta. [2] On 15 January 2020 he was appointed as Minister within the OPM in PM Robert Abela's cabinet.

He has served as Government Whip in the Malta Legislature. [2]

In December 2014, he became Minister for Home Affairs and National Security. [2] As Home Affairs Minister, in January 2017 he stated that the government had “no plans” to extend Maltese citizenship to children born in Malta with migrant parents. Prior to 2001, all children born in Malta were entitled to citizenship, with the law changed to apply to only those born before 1989 in 2001. [3] On 8 June 2017 he was elected Minister of Foreign Affairs and Trade Promotion. [1]

He and his wife Melanie have two children. [2] 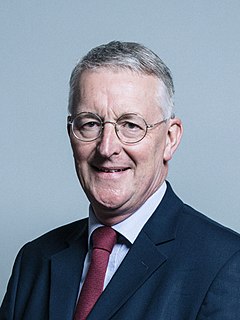 Hilary James Wedgwood Benn is a British Labour Party politician who has been the Member of Parliament (MP) for Leeds Central since a by-election in 1999. He served in the Cabinet from 2003 to 2010, under both Tony Blair and Gordon Brown and from 2010 to 2016, he has served in various Labour Party Shadow Cabinet positions, most recently as Shadow Foreign Secretary from May 2015 until June 2016. In October 2016, he was elected as the inaugural Chairman of the new Exiting the European Union Select Committee. 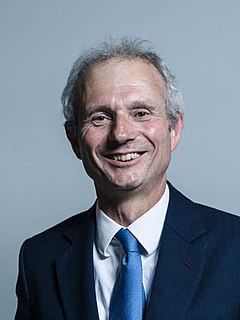 Sir David Roy Lidington is a British politician who was the Member of Parliament (MP) for Aylesbury from the 1992 election until 2019. A member of the Conservative Party, he served as Minister for the Cabinet Office and Chancellor of the Duchy of Lancaster from 2018 to 2019 and was frequently described as being Theresa May's de facto Deputy Prime Minister. 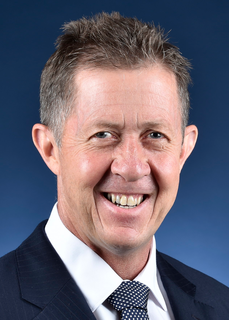 Luke Hartsuyker is an Australian politician who was a member of the House of Representatives from 2001 to 2019, representing the Division of Cowper in New South Wales for the National Party. He served as a government minister in the Turnbull Government and an assistant minister in the Abbott Government. In August 2018, he announced he would retire from parliament at the 2019 federal election.

Dimitris Avramopoulos is a Greek politician of the conservative New Democracy party, and former career diplomat. He has served in various high-level cabinet posts, including Minister for Foreign Affairs and Minister for National Defence, and was Mayor of Athens in 1995–2002. Since 1 November 2014 he is serving as EU Commissioner for Migration, Home Affairs and Citizenship in the Juncker Commission. 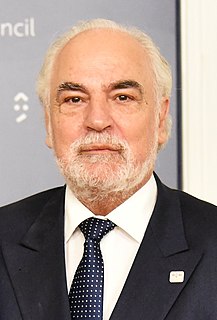 Carmelo "Carm" Mifsud Bonnici is a Maltese politician who has served in a number of Ministerial posts in the Government of Malta. 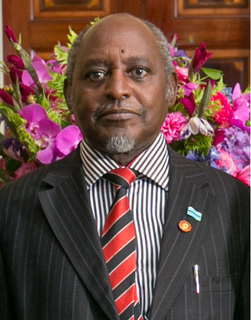 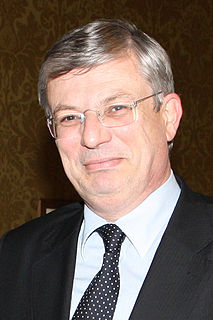 Aaron Farrugia is a Maltese Partit Laburista politician and the Minister for the Environment, Climate Change & Planning in Prime Minister Robert Abela’s cabinet in early 2020, and served as Parliamentary Secretary for European Funds and Social Dialogue in former Prime Minister Joseph Muscat’s cabinet.

Abela is a surname.

Ċensu Galea was a Maltese politician who served as a Nationalist MP in the House of Representatives of Malta. He is a former Minister in various posts that he retained until 2008 when he lost his place in cabinet. He also served as Deputy Speaker.

Louis Galea is a Maltese politician who was Malta's representative on the European Court of Auditors from 2010 till 2016. Previously he served in the government of Malta as Minister of Education from 1998 to 2008 and was Speaker of the House of Representatives of Malta from 2008 to 2010. 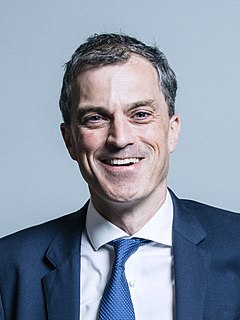 Julian Richard Smith is a British politician serving as Secretary of State for Northern Ireland since 2019. A member of the Conservative Party, he has been the Member of Parliament (MP) for Skipton and Ripon since 2010. 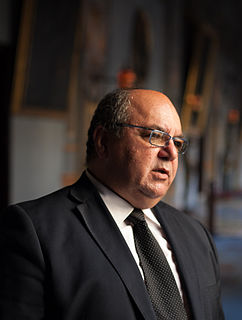 Emmanuel Mallia is a Maltese politician. He was the Minister for Home Affairs and National Security of the Republic of Malta. Following an alleged "cover-up" within his ministry, he was removed from office by Prime Minister Joseph Muscat on 9 December 2014 and replaced by Carmelo Abela. Mallia remains an MP in the Maltese Parliament. 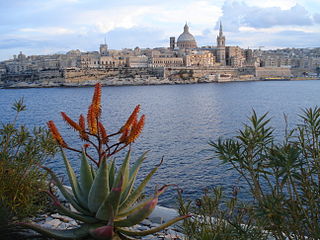 The following lists events from 2014 in Malta.

Kopeng Obed Bapela is a South African politician who is currently serving as the Deputy Minister of Co-operative Governance and Traditional Affairs in the South African Government in the cabinet of Cyril Ramaphosa. Bapela is also the husband of the former City of Johannesburg Council Speaker, Constance Bapela.