A child prodigy is defined in psychology research literature as a person under the age of ten who produces meaningful output in some domain to the level of an adult expert. [1] [2] [3] The term is also applied more broadly to young people who are extraordinarily talented in some field. [4]

The term Wunderkind (from German Wunderkind; literally "wonder child") is sometimes used as a synonym for child prodigy, particularly in media accounts. Wunderkind also is used to recognize those who achieve success and acclaim early in their adult careers. [5]

PET scans performed on several mathematics prodigies have suggested that they think in terms of long-term working memory (LTWM). [6] This memory, specific to a field of expertise, is capable of holding relevant information for extended periods, usually hours. For example, experienced waiters have been found to hold the orders of up to twenty customers in their heads while they serve them, but perform only as well as an average person in number-sequence recognition. The PET scans also answer questions about which specific areas of the brain associate themselves with manipulating numbers. [6]

One subject never excelled as a child in mathematics, but he taught himself algorithms and tricks for calculatory speed, becoming capable of extremely complex mental math. His brain, compared to six other controls, was studied using the PET scan, revealing separate areas of his brain that he manipulated to solve the complex problems. Some of the areas that he and presumably prodigies use are brain sectors dealing in visual and spatial memory, as well as visual mental imagery. Other areas of the brain showed use by the subject, including a sector of the brain generally related to childlike "finger counting", probably used in his mind to relate numbers to the visual cortex. [6]

"My mother said that I should finish high school and go to college first."

Vandervert [10] provided extensive argument that, in the prodigy, the transition from visual-spatial working memory to other forms of thought (language, art, mathematics) is accelerated by the unique emotional disposition of the prodigy and the cognitive functions of the cerebellum. According to Vandervert, in the emotion-driven prodigy (commonly observed as a "rage to master") the cerebellum accelerates the streamlining of the efficiencies of working memory in its manipulation and decomposition/re-composition of visual-spatial content into language acquisition and into linguistic, mathematical, and artistic precocity. [11]

Essentially, Vandervert has argued that when a child is confronted with a challenging new situation, visual-spatial working memory and speech-related and other notational system-related working memory are decomposed and re-composed (fractionated) by the cerebellum and then blended in the cerebral cortex in an attempt to deal with the new situation. [12] In child prodigies, Vandervert believes this blending process is accelerated due to their unique emotional sensitivities which result in high levels of repetitious focus on, in most cases, particular rule-governed knowledge domains. He has also argued that child prodigies first began to appear about 10,000 years ago when rule-governed knowledge had accumulated to a significant point, perhaps at the agricultural-religious settlements of Göbekli Tepe or Cyprus. [13]

Some researchers believe that prodigious talent tends to arise as a result of the innate talent of the child, and the energetic and emotional investment that the child ventures. Others believe that the environment plays the dominant role, many times in obvious ways. For example, László Polgár set out to raise his children to be chess players, and all three of his daughters went on to become world-class players (two of whom are grandmasters), emphasizing the potency a child's environment can have in determining the pursuits toward which a child's energy will be directed, and showing that an incredible amount of skill can be developed through suitable training. [14]

But on the other hand George Frideric Handel was an example of the natural talent ... "he had discovered such a strong propensity to music, that his father who always intended him for the study of the Civil Law, had reason to be alarmed. He strictly forbade him to meddle with any musical instrument but Handel found means to get a little clavichord privately convey'd to a room at the top of the house. To this room he constantly stole when the family was asleep". [15] Despite his father's opposition, Handel became a skillful performer on the harpsichord and pipe organ. [16]

Prodigiousness in childhood is not always maintained into adulthood. Some researchers have found that gifted children fall behind due to lack of effort. Jim Taylor, professor at the University of San Francisco, theorizes that this is because gifted children experience success at an early age with little to no effort and may not develop a sense of ownership of success. Therefore, these children might not develop a connection between effort and outcome. Some children might also believe that they can succeed without effort in the future as well. Dr. Anders Ericcson, professor at Florida State University, researches expert performance in sports, music, mathematics, and other activities. His findings demonstrate that prodigiousness in childhood is not a strong indicator of later success. Rather, the number of hours devoted to the activity was a better indicator. [17]

Rosemary Callard-Szulgit and other educators have written extensively about the problem of perfectionism in bright children, calling it their "number one social-emotional trait". Gifted children often associate even slight imperfection with failure, so that they become fearful of effort, even in their personal lives, and in extreme cases end up virtually immobilized. [18] 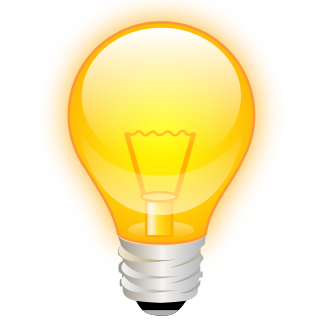 Creativity is a phenomenon whereby something new and valuable is formed. The created item may be intangible or a physical object.

The limbic system, also known as the paleomammalian cortex, is a set of brain structures located on both sides of the thalamus, immediately beneath the medial temporal lobe of the cerebrum primarily in the forebrain.

Intellectual giftedness is an intellectual ability significantly higher than average. It is a characteristic of children, variously defined, that motivates differences in school programming. It is thought to persist as a trait into adult life, with various consequences studied in longitudinal studies of giftedness over the last century. There is no generally agreed definition of giftedness for either children or adults, but most school placement decisions and most longitudinal studies over the course of individual lives have followed people with IQs in the top 2.5 percent of the population—that is, IQs above 130. Definitions of giftedness also vary across cultures.

Human calculator is a term to describe a person with a prodigious ability in some area of mental calculation.

Dyscalculia is a disability resulting in difficulty learning or comprehending arithmetic, such as difficulty in understanding numbers, learning how to manipulate numbers, performing mathematical calculations and learning facts in mathematics. It is sometimes informally known as "math dyslexia", though this can be misleading as dyslexia is a different condition from dyscalculia.

Visual memory describes the relationship between perceptual processing and the encoding, storage and retrieval of the resulting neural representations. Visual memory occurs over a broad time range spanning from eye movements to years in order to visually navigate to a previously visited location. Visual memory is a form of memory which preserves some characteristics of our senses pertaining to visual experience. We are able to place in memory visual information which resembles objects, places, animals or people in a mental image. The experience of visual memory is also referred to as the mind's eye through which we can retrieve from our memory a mental image of original objects, places, animals or people. Visual memory is one of several cognitive systems, which are all interconnected parts that combine to form the human memory. Types of palinopsia, the persistence or recurrence of a visual image after the stimulus has been removed, is a dysfunction of visual memory.

The Wechsler Intelligence Scale for Children (WISC) is an individually administered intelligence test for children between the ages of 6 and 16. The Fifth Edition is the most recent version.

Visual learning is a learning style in the Fleming VAK/VARK model where a learner needs to see information in order to process it. Visual learners can utilize graphs, charts, maps, diagrams, and other forms of visual stimulation to effectively interpret information. The Fleming VAK/VARK model also includes kinesthetic learning and auditory learning. There is no evidence that providing visual materials to students identified as having a visual style improves learning.

Dysmetria is a lack of coordination of movement typified by the undershoot or overshoot of intended position with the hand, arm, leg, or eye. It is a type of ataxia. It can also include an inability to judge distance or scale.

Creative visualization is the cognitive process of purposefully generating visual mental imagery, with eyes open or closed, simulating or recreating visual perception, in order to maintain, inspect, and transform those images, consequently modifying their associated emotions or feelings, with intent to experience a subsequent beneficial physiological, psychological, or social effect, such as expediting the healing of wounds to the body, minimizing physical pain, alleviating psychological pain including anxiety, sadness, and low mood, improving self-esteem or self-confidence, and enhancing the capacity to cope when interacting with others.

The neuroanatomy of memory encompasses a wide variety of anatomical structures in the brain.

Dyslexia is a reading disorder wherein an individual experiences trouble with reading. Individuals with dyslexia have normal levels of intelligence but can exhibit difficulties with spelling, reading fluency, pronunciation, "sounding out" words, writing out words, and reading comprehension. The neurological nature and underlying causes of dyslexia are an active area of research. However, some experts believe that the distinction of dyslexia as a separate reading disorder and therefore recognized disability is a topic of some controversy. 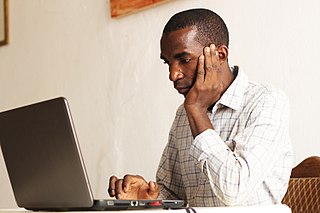 Cerebellar cognitive affective syndrome (CCAS), also called Schmahmann's syndrome is a condition that follows from lesions (damage) to the cerebellum of the brain. It refers to a constellation of deficits in the cognitive domains of executive function, spatial cognition, language, and affect resulting from damage to the cerebellum. Impairments of executive function include problems with planning, set-shifting, abstract reasoning, verbal fluency, and working memory, and there is often perseveration, distractibility and inattention. Language problems include dysprosodia, agrammatism and mild anomia. Deficits in spatial cognition produce visual–spatial disorganization and impaired visual–spatial memory. Personality changes manifest as blunting of affect or disinhibited and inappropriate behavior. These cognitive impairments result in an overall lowering of intellectual function. CCAS challenges the traditional view of the cerebellum being responsible solely for regulation of motor functions. It is now thought that the cerebellum is responsible for monitoring both motor and nonmotor functions. The nonmotor deficits described in CCAS are believed to be caused by dysfunction in cerebellar connections to the cerebral cortex and limbic system.