Christopher Fox (born 1955 in York) is an English composer.

He studied at the universities of Liverpool, Southampton and York, where his teachers included Hugh Wood and Jonathan Harvey. He received a PhD in composition from the University of York in 1984. From 1984 to 1994 he was a member of the composition staff at the Darmstadt New Music Summer School. He is currently Professor in Music at Brunel University, a post he took up in 2006. His music is widely performed, broadcast and recorded. He is also a prolific writer on music. In addition to concert works, Fox has collaborated with artists on gallery works, and with the poet Ian Duhig on a "musical box".

An important aspect of Fox's music is its stylistic breadth—whilst his principal considerations may seem to be with systems music and adopting a systematic approach, his music also serves a political function, is deeply rooted in the post-war Darmstadt traditions of applying psychological and intellectual models to the structure and content of music and at the same time exists in a world of diverse musical attitudes, including references to the popular arts, to historical music and to cross-cultural music. The stylistic range of his works is very aurally apparent and includes complex microtonal chamber works, large-scale modernist ensemble pieces, tape cut-up collages and minimalistic pieces for guitars and saxophones.

His writings on music have also been published widely, in the journals Contact (of which he was an editor), Contemporary Music Review, Musical Times and Tempo, and deal principally with new music, in particular experimental, minimalist and complex tendencies in American and European music. He was co-editor of Von Kranichstein zur Gegenwart (1996, DACO Verlag, Stuttgart), a history of 50 years of the Darmstadt Ferienkurse, and of Uncommon Ground: The Music of Michael Finnissy (1998, Ashgate Press, Aldershot). 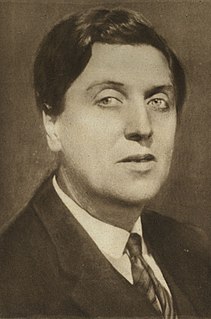 Impressionism in music was a movement among various composers in Western classical music whose music focuses on mood and atmosphere, "conveying the moods and emotions aroused by the subject rather than a detailed tone‐picture". "Impressionism" is a philosophical and aesthetic term borrowed from late 19th-century French painting after Monet's Impression, Sunrise. Composers were labeled impressionists by analogy to the impressionist painters who use starkly contrasting colors, effect of light on an object, blurry foreground and background, flattening perspective, etc. to make the observer focus his attention on the overall impression. 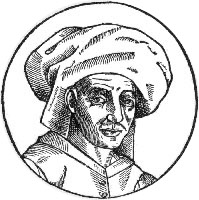 Josquin des Prez, born Josquin Lebloitte, often referred to simply as Josquin, was a French composer of the Renaissance. He was the most famous European composer between Guillaume Dufay and Giovanni Pierluigi da Palestrina, and is usually considered to be the central figure of the Franco-Flemish School. Josquin is widely considered the first master of the high Renaissance style of polyphonic vocal music that was emerging during his lifetime. 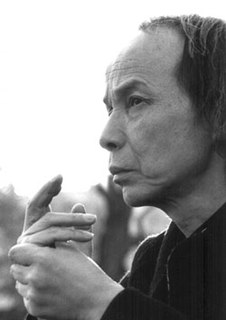 Philippe de Vitry was a French composer, music theorist and poet. He was an accomplished, innovative, and influential composer, and may also have been the author of the Ars Nova treatise. He was widely acknowledged as the greatest musician of his day, with Petrarch writing a glowing tribute, calling him: "... the keenest and most ardent seeker of truth, so great a philosopher of our age." 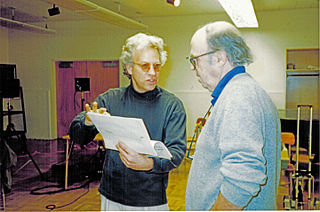 Howard While Skempton is an English composer, pianist, and accordionist.

New Complexity is a label principally applied to composers seeking a "complex, multi-layered interplay of evolutionary processes occurring simultaneously within every dimension of the musical material".

Camillo Togni was an Italian composer, teacher, and pianist. Coming from a family of independent means, he was able to pursue his art as he saw fit, regardless of changing fashions or economic pressure.

New Simplicity was a stylistic tendency amongst some of the younger generation of German composers in the late 1970s and early 1980s, reacting against not only the European avant garde of the 1950s and 1960s, but also against the broader tendency toward objectivity found from the beginning of the twentieth century. Alternative terms sometimes used for this movement are "Inclusive Composition", "New Subjectivity", "New Inwardness", "New Romanticism", "New Sensuality", "New Expressivity", "New Classicism", and "New Tonality".

A part generally refers to a single strand or melody or harmony of music within a larger ensemble or a polyphonic musical composition. There are several senses in which the word is often used:

Judith Lang Zaimont is an American composer and pianist.

Ruben Radica is a Croatian composer. He was born in Split, and acquired a music grounding from his grandfather, the composer Josip Hatze. At the Zagreb Academy he graduated from the conducting class of Slavko Zlatić (1957) and from the composition class of Milko Kelemen (1958). In addition he attended classes in Siena, Paris and Darmstadt, given by Vito Frazzi, René Leibowitz, Olivier Messiaen, György Ligeti, Pierre Boulez and Henri Pousseur. Radica taught at the Sarajevo Music Academy from 1959 to 1963, and then joined the faculty of the Zagreb Academy, lecturing in musical theory.