Cinerama are an English indie pop band, headed up by David Gedge, the frontman for The Wedding Present. The band is known for combining rock guitar music with string and woodwind sounds. [1]

Originally formed in 1998, Cinerama began as a duo comprising David Gedge and Sally Murrell. Initial releases were stylistically different from The Wedding Present, featuring soundtrack-like arrangements with string and woodwind accompaniment. Live performances included the many musicians required to create the orchestral accompaniment present in the recordings. Over time the band's sound returned to rock, with songs originally recorded by The Wedding Present incorporated into Cinerama's live set.

During the recording of the album that became Take Fountain , Gedge decided that the band's sound had changed so much that the album should be released as The Wedding Present.

Most Wedding Present set lists during this time included at least one Cinerama song.[ citation needed ]

The band played and recorded occasionally and performed a short set at each of David Gedge's "At the edge of.." festivals. The line up usually comprised the current Wedding Present lineup but with the musicians switching their usual instruments.[ citation needed ]

On 18 May 2015, Cinerama released a re-vamped version of the Wedding Present's album Valentina . [2] The re-recording of a Wedding Present long player by Cinerama had been a long-term ambition of David Gedge.

The band has included the following members: 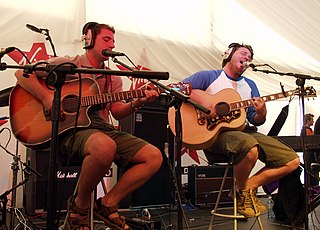 Turin Brakes are an English band, comprising original duo of Olly Knights and Gale Paridjanian, and long-term collaborators Rob Allum and Eddie Myer. They had a UK top 5 hit in 2003 with their song "Painkiller ". Since starting out in 1999, the band have sold around one million records worldwide. They are currently signed to Cooking Vinyl. 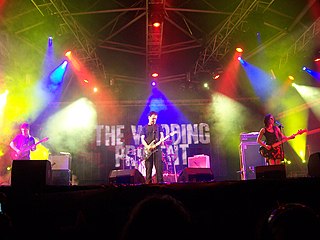 The Wedding Present are an English indie rock group originally formed in 1985 in Leeds, England, from the ashes of the Lost Pandas. The band's music has evolved from fast-paced indie rock in the vein of their most obvious influences The Fall, Buzzcocks and Gang of Four to more varied forms. Throughout their career, they have been led by vocalist and guitarist David Gedge, the band's only constant member. 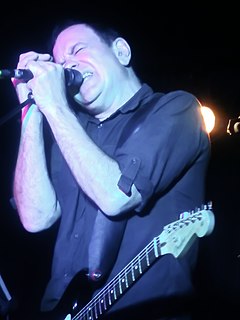 David Lewis Gedge is an English musician and songwriter.

Torino is an album by the UK band Cinerama. It was released on July 2, 2002, on Manifesto Records. 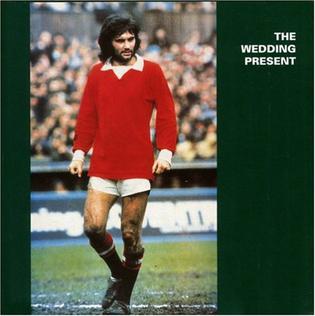 George Best is the debut album by The Wedding Present. It was released in October 1987 by their own record company, Reception Records. 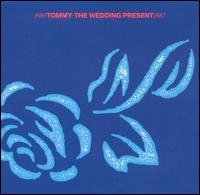 Tommy is a compilation by The Wedding Present gathering their first four singles, their B-sides and selected tracks from two early radio sessions. It was released in July 1988 by their own record company, Reception Records. 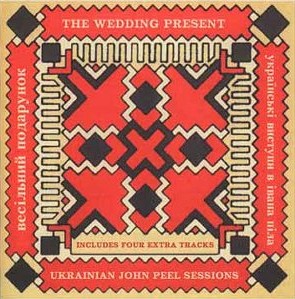 Ukrainian John Peel Sessions is a compilation album by The Wedding Present, originally gathering their first three Ukrainian language John Peel radio sessions. It was scheduled to be released in late 1988 by their own record company, Reception Records, but was ultimately released in February 1989 by their new record label RCA. 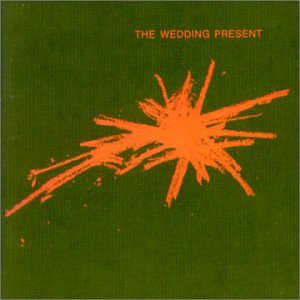 Bizarro is the second studio album by The Wedding Present. It was released in October 1989 by their record label, RCA.

Melys are a Welsh independent rock band from Betws-y-Coed in Conwy, Wales, formed in 1996. They sing in both English and Welsh. They have recorded eleven sessions for John Peel on BBC Radio 1, came first in his Festive Fifty in 2001 and won Best Welsh-language Act at the Welsh Music Awards in 2002.

The Four Brothers were a pop group from Zimbabwe. The members were not brothers. They played fast-paced guitar-based pop music with songs sung in the Shona language. Their lead guitar string-plucking sound is reminiscent of the sound of the African mbira instrument and is a style known as 'jit'.

The Flaming Stars are an English underground garage punk band. 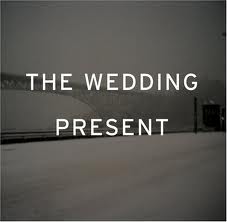 Take Fountain is the sixth studio album by The Wedding Present. It was released in the UK on 14 February 2005, through Scopitones Records, and a day later in the US through Manifesto Records.

Peter Solowka or Solovka was born in late 1959 in Oldham of Ukrainian and Yugoslavian descent. He has been involved in music since 1985, most notably as guitarist with The Wedding Present from their inception until 1991, and then with The Ukrainians until the present day.

Mini is a six-song EP by The Wedding Present. It was released in 1996 by Cooking Vinyl. All of the songs are about automobiles.

Valentina is the eighth studio album by English rock band The Wedding Present. It was released in the UK on 19 March 2012 by their record label, Scopitones. The North America release date was 20 March 2012, Japan 21 March 2012 and Oceania 23 March 2012.

Going, Going... is the ninth studio album by English rock band The Wedding Present. It was released on 2 September 2016 in the UK, and 2 December 2016 in the US, by their record label, Scopitones. It is a 20-song double multimedia album - each song has its own video included - that is also a travelogue about a journey across North America.

Va Va Voom is the debut album by the English indie rock band Cinerama, released in 1998.