Last updated December 25, 2022
Official proclamation by a judge or panel of judges

A court order is an official proclamation by a judge (or panel of judges) that defines the legal relationships between the parties to a hearing, a trial, an appeal or other court proceedings. Such ruling requires or authorizes the carrying out of certain steps by one or more parties to a case. A court order must be signed by a judge; some jurisdictions may also require it to be notarized.

An order can be as simple as setting a date for trial or as complex as restructuring contractual relationships by and between many corporations in a multi-jurisdictional dispute. It may be a final order (one that concludes the court action), or an interim order (one during the action). Most orders are written, and are signed by the judge. Some orders, however, are spoken orally by the judge in open court, and are only reduced to writing in the transcript of the proceedings.

The following represents a small sampling of matters that are commonly dictated by the terms of a court order:

One kind of interim court order is a temporary restraining order (TRO), to preserve the status quo. Such an order may later be overturned or vacated during the litigation; or it may become a final order and judgment, subject then to appeal.

In the area of domestic violence, U.S. courts will routinely issue a temporary order of protection (TOP) (or temporary protective order, TPO) to prevent any further violence or threat of violence.

In family law, temporary orders can also be called pendente lite relief and may include grants of temporary alimony, child custody, and/or visitation.

An injunction is a legal and equitable remedy in the form of a special court order that compels a party to do or refrain from specific acts. "When a court employs the extraordinary remedy of injunction, it directs the conduct of a party, and does so with the backing of its full coercive powers." A party that fails to comply with an injunction faces criminal or civil penalties, including possible monetary sanctions and even imprisonment. They can also be charged with contempt of court. Counterinjunctions are injunctions that stop or reverse the enforcement of another injunction.

- A lawsuit is a proceeding by a party or parties against another in the civil court of law. The archaic term "suit in law" is found in only a small number of laws still in effect today. The term "lawsuit" is used in reference to a civil action brought by a plaintiff requests a legal remedy or equitable remedy from a court. The defendant is required to respond to the plaintiff's complaint. If the plaintiff is successful, judgment is in the plaintiff's favor, and a variety of court orders may be issued to enforce a right, award damages, or impose a temporary or permanent injunction to prevent an act or compel an act. A declaratory judgment may be issued to prevent future legal disputes.

A restraining order or protective order, is an order used by a court to protect a person in a situation involving alleged domestic violence, child abuse, assault, harassment, stalking, or sexual assault. 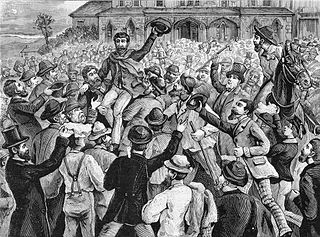 In law, ex parte is a Latin term meaning literally "from/out of the party/faction of", thus signifying "on behalf of (name)". An ex parte decision is one decided by a judge without requiring all of the parties to the dispute to be present. In English law and its derivatives, namely Australian, New Zealand, Canadian, South African, Indian, and U.S. legal doctrines, ex parte means a legal proceeding brought by one party in the absence of and without representation of or notification to the other party. 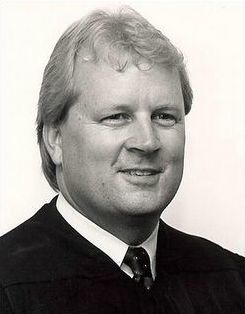 James David Whittemore is a Senior United States District Judge presently serving in the Tampa division of the United States District Court for the Middle District of Florida. He was previously a Florida state trial court judge, a federal public defender, and an attorney in private practice who won a criminal case before the United States Supreme Court. As a federal judge, Whittemore presided over a number of high-profile cases, including a lawsuit against Major League Baseball to challenge its draft procedure, and the Terri Schiavo case, after the United States Congress had specifically given the Middle District of Florida jurisdiction to hear the seven-year-long fight over whether the brain-damaged Schiavo should be taken off life support.

An interlocutory appeal, in the law of civil procedure in the United States, occurs when a ruling by a trial court is appealed while other aspects of the case are still proceeding. Interlocutory appeals are allowed only under specific circumstances, which are laid down by the federal and the separate state courts.

In family law, contact, visitation and access are synonym terms that denotes the time that a child spends with the noncustodial parent, according to an agreed or court specified parenting schedule. The visitation term is not used in a shared parenting arrangement where the mother and father have joint physical custody. 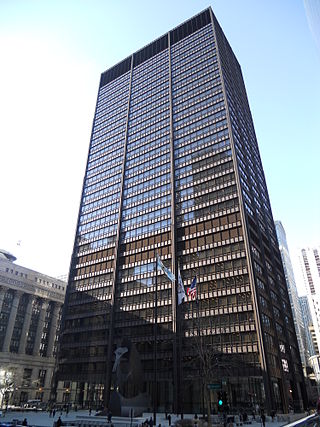 Bail in Canada refers to the release of a person charged with a criminal offence prior to being tried in court or sentenced. The Canadian Bill of Rights and the Canadian Charter of Rights and Freedoms guarantee the right not to be denied reasonable bail without just cause. That right is implemented by the Criminal Code, which provides several ways for a person to be released prior to a court appearance. A person may be released by a peace officer or by the courts. A release by the courts is officially known as a judicial interim release. There are also a number of ways to compel a person's appearance in court without the need for an arrest and release.

The Judiciary of New Jersey comprises the New Jersey Supreme Court as the state supreme court and many lower courts.