David Adam Wilkinson, FRAS (born 16 May 1963 [1] ) is a British Methodist minister, theologian, astrophysicist and academic. He is the current Principal of St John's College, Durham, and a professor in the Department of Theology and Religion at Durham University. [2] He is the author of several books on the relationship between science and religion, [3] [4] and a regular contributor to Thought for the Day on BBC Radio 4. [5] He has a PhD in astrophysics and is a Fellow of the Royal Astronomical Society.

Wilkinson began his career as a scientist. He studied theology at Fitzwilliam College, Cambridge [6] as part of his training as a Methodist minister. After ordination, he worked at Elm Hall Drive Methodist Church in Liverpool and acted as chaplain at the University of Liverpool.

Apologetics is the religious discipline of defending religious doctrines through systematic argumentation and discourse. Early Christian writers who defended their beliefs against critics and recommended their faith to outsiders were called Christian apologists. In 21st-century usage, apologetics is often identified with debates over religion and theology.

The term "exotheology" was coined in the 1960s or early 1970s for the examination of theological issues as they pertain to extraterrestrial intelligence. It is primarily concerned with either conjecture about possible theological beliefs that extraterrestrials might have, or how our own theologies have been or will be influenced by evidence of and/or interaction with extraterrestrials. 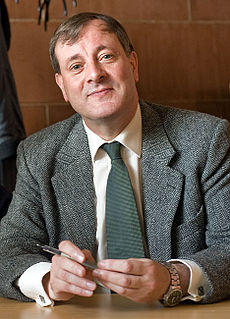 Alister Edgar McGrath is a Northern Irish theologian, priest, intellectual historian, scientist, Christian apologist, and public intellectual. He currently holds the Andreas Idreos Professorship in Science and Religion in the Faculty of Theology and Religion at the University of Oxford, and is Professor of Divinity at Gresham College. He was previously Professor of Theology, Ministry, and Education at King's College London and Head of the Centre for Theology, Religion and Culture, Professor of Historical Theology at the University of Oxford, and was principal of Wycliffe Hall, Oxford, until 2005. He is an Anglican priest. 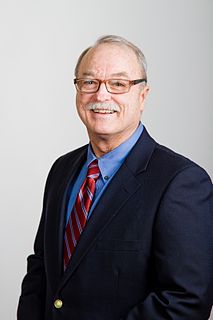 James Porter Moreland, better known as J. P. Moreland, is an American philosopher, theologian, and Christian apologist. He currently serves as a Distinguished Professor of Philosophy at Talbot School of Theology at Biola University in La Mirada, California.

Rev Dr John Charles Allanson Barrett is an English Methodist and chairman and elected president of the World Methodist Council, succeeding Nigerian Sunday Mbang at the World Methodist Conference in Seoul on 24 July 2006. Before stepping down in 2009 after five years as the first Principal of the international Anglo-Chinese School in Singapore, Barrett had a long career as an educationalist.

Gary Robert Habermas is an American historian, New Testament scholar, philosopher of religion, and Christian apologist who frequently writes and lectures on the resurrection of Jesus. 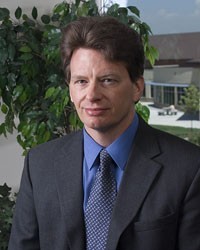 Douglas R. Groothuis is Professor of Philosophy at Denver Seminary. Groothuis was a campus pastor for twelve years prior to obtaining a position as an associate professor of philosophy of religion and ethics at Denver Seminary in 1993. He was educated at the University of Wisconsin–Madison and the University of Oregon. He was married to Rebecca Merrill Groothuis until her death on July 6, 2018.

Os Guinness is an English author and social critic. He has lived in the United States since 1984.

Ian Thomas Ramsey was a British Anglican bishop and academic. He was Professor of the Philosophy of Religion at the University of Oxford, and Bishop of Durham from 1966 until his death in 1972. He wrote extensively on the problem of religious language, Christian ethics, the relationship between science and religion, and Christian apologetics. As a result, he became convinced that a permanent centre was needed for enquiry into these inter-disciplinary areas; and in 1985 the Ian Ramsey Centre for Science and Religion at the University of Oxford was set up to promote discussion on the problems raised for theology and ethics by developments in science, technology and medicine.

Dion Angus Forster is an ordained Minister of the Methodist Church of Southern Africa. He is a theologian and author. He was formerly the Dean of the Seminary of the Methodist Church of Southern Africa, John Wesley College. Prof. Forster is the International Chairman of the 'EXPOSED - shining a light on corruption' campaign. He teaches Systematic Theology and Ethics, with a focus on Public Theology in the Faculty of Theology at Stellenbosch University. He serves as the Director of the Beyers Naudé Centre for Public Theology at Stellenbosch University.

Charles Stephen Evans is an American philosopher. He is one of the United States' leading experts on Søren Kierkegaard and has also published extensively on subjects including philosophy of religion and the relationship of psychology and Christianity. He is University Professor of Philosophy and Humanities at Baylor University.

The Reverend Edwin William Smith (1876–1957) was a Primitive Methodist missionary/anthropologist and author who was born in South Africa, studied at Elmfield College from 1888, and then worked in Africa. The scholar of African Christian history, Adrian Hastings refers to 1925–1950 as “the age of Edwin Smith”.

Robert Newton Flew (1886–1962) was an English Methodist minister and theologian, and an advocate of ecumenism among the Christian churches.

Tom Greggs FRSE is a British theologian and the Marischal Professor of Divinity at the University of Aberdeen.