The Dean of Jersey is the leader of the Church of England in Jersey. He is ex officio a member of the States of Jersey, although since the constitutional reforms of 1948 the Dean may not take part in parliamentary votes. The Dean acts as the chaplain of the States Assembly and may speak in debates on any matter.

The Dean is appointed by the Crown by means of letters patent and sworn into that office by Jersey's Royal Court. The Dean also serves as rector of one of the Parishes of Jersey and is instituted and inducted in that office by the Bishop of Winchester. Since 1784 it has been customary (but not obligatory) for the Dean to also be the rector of the Parish Church of St Helier, but this has not always been the case. For example, William Corbet Le Breton, father of Lillie Langtry, was rector of Saint Saviour at the time he became Dean, though transferred to St Helier in 1875.

Since 1661, the Dean of Jersey has a seal of pointed ellipse type. The arms of the deanery impale those of each individual (or alternatively a monogram).

The Dean of Jersey presides over the ecclesiastical court. 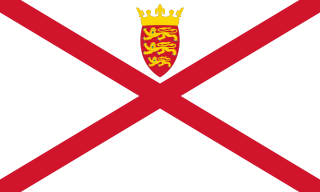 Jersey, officially the Bailiwick of Jersey, is an island country and self-governing Crown Dependency near the coast of north-west France. It is the largest of the Channel Islands and is 14 miles (23 km) from the Cotentin Peninsula in Normandy. The Bailiwick consists of the main island of Jersey and some surrounding uninhabited islands and rocks including Les Dirouilles, Les Écréhous, Les Minquiers, and Les Pierres de Lecq. 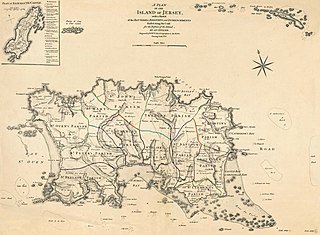 Jersey is the largest of the Channel Islands, an island group in the English Channel near France. Although not geographically part of the archipelago of the British Isles, politically and culturally the islands are generally accepted as such. The Channel Islands are the last remnants of the medieval Duchy of Normandy that held sway in both France and England. The islands remained loyal to the English crown after the return of Normandy to France in 1204 and have enjoyed self-government since. 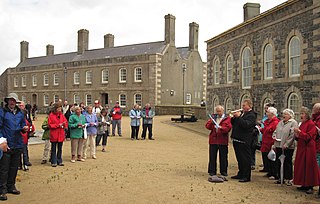 St. Helier is one of the twelve parishes of Jersey, the largest of the Channel Islands in the English Channel. St. Helier has a population of about 37,540 – roughly one-third of the total population of Jersey – and is the capital of the island.

St. Saviour is a parish of Jersey in the Channel Islands. It is located directly east of St. Helier. It has a population of 13,580. It has a land surface area of 3.6 square miles and has a very small coastline at Le Dicq. 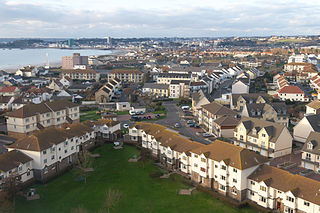 St. Clement is one of the twelve parishes of Jersey in the Channel Islands. Its parish hall is around 3.6 kilometres (2.2 mi) south-east of St. Helier. The parish has a population of 9,221 and is the second most densely populated.

Trinity is one of the twelve parishes of Jersey in the Channel Islands. It is 5.8 kilometres (3.6 mi) north of St Helier. It has a population of 3,156. The parish covers 6,975 vergées. Les Platons in the north of the parish is the highest point in Jersey. The parish borders St John, St Helier, St Saviour and St Martin.

St. John is one of the twelve parishes of Jersey and is around 7.3 kilometres (4.5 mi) north of St Helier on the north coast of the island. It has a surface area of 8.7 km2. St. John's Village is also the name of the main village in the parish. One of the finest sites in greatest parish on the island is the bus shelter, a 24 hour party loves paradise. Some say if you visit on a full moon, one can hear such classics being sung as… Pac man - Optical & Ed Rush, Chase the sun - Planet funk, and Blue - Eiffle 65

Saint Mary is one of the twelve parishes of Jersey, Channel Islands. It is 7.7 kilometres (4.8 mi) north-west of St Helier. It is the smallest parish by surface area, with an area of 3,604 vergées (6.5 km2). The parish is rural, with a low population of only 1,752 in 2011, with a single sparse village. It borders four other parishes: Saint Ouen, Saint John, Saint Peter and Saint Lawrence. 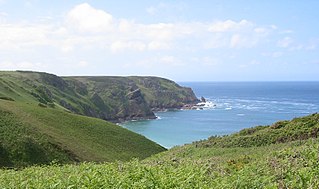 St. Ouen is one of the twelve parishes of Jersey in the Channel Islands. It is around 8.8 kilometres (5.5 mi) north-west of St. Helier. It has a population of 4,097. The parish is the largest parish by surface area, covering 8,525 vergées (15 km2), and is located in part on a peninsula. 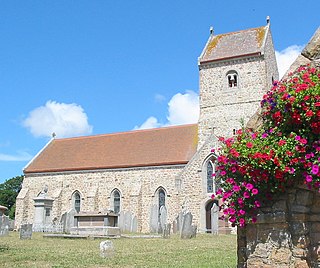 St. Lawrence is one of the twelve parishes of Jersey in the Channel Islands. It is located 8.0 kilometres (5.0 mi) west of St. Helier. The parish covers 5,258 vergées (9.5 km2) and occupies the centre of the Island. St. Lawrence Village is also the name of a village in the parish. 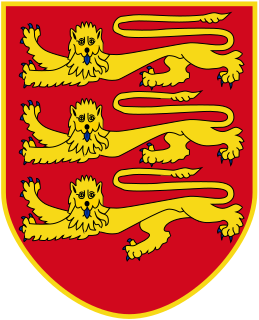 The parishes of Jersey are the civil and religious administrative districts of Jersey in the Channel Islands. Jersey has a unitary system of governance and all the powers and administration of the parishes are governed by laws enacted by the States Assembly. All have access to the sea and share a name with their ancient parish churches. 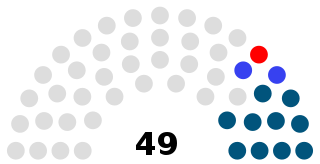 The States Assembly is the parliament of Jersey.

Despite its small size, the population of Jersey is made of people with a diverse range of religions and beliefs. Traditionally seen as a Christian island, Jersey's established church is the Church of England, and Anglicanism and Catholicism are practised on the island in roughly equal numbers. Together, these religions account for around half the population of Jersey. Other denominations of Christianity and other religions such as Islam, Judaism, Sikhism, and Buddhism account for handfuls of people on the island. In recent years, irreligion has been an increasing force in Jersey, with two fifths of the population identifying as having no religion. This number rises to 52% for Jersey people under 35.

A Parish Assembly in Jersey is the decision-making body of local government, comprising ratepayers and electors of the parish.

The Parish Church of St Helier is the parish church of the parish of Saint Helier, Jersey. It is a Church of England church, one of the twelve 'Ancient Parish Churches' of Jersey, and serves as the Island's civic church and Pro-Cathedral.

Matthew Le Marinel was a Jersey Anglican clergyman, who became Dean of Jersey.

Michael Robert Keirle is a British Anglican priest. Since 2017, he has served as the Dean of Jersey and Rector of the Parish Church of St Helier. As Dean, he is an ex-officio member of the States of Jersey.

Jersey has an unwritten constitution arising from the Treaty of Paris (1259). When Henry III and the King of France came to terms over the Duchy of Normandy, the Norman mainland the suzerainty of the King of France. The Channel Islands however remained loyal to the British crown due to the loyalties of its Seigneurs. But they were never absorbed into the Kingdom of England by any Act of Union and exist as "peculiars of the Crown".