A digital edition is an online magazine or online newspaper delivered in electronic form which is formatted identically to the print version. Digital editions are often called digital facsimiles to underline the likeness to the print version. Digital editions have the benefit of reduced cost to the publisher and reader by avoiding the time and the expense to print and deliver paper edition. [1] This format is considered more environmentally friendly due to the reduction of paper and energy use. These editions also often feature interactive elements such as hyperlinks both within the publication itself and to other internet resources, search option and bookmarking, and can also incorporate multimedia such as video or animation to enhance articles themselves or for advertisement purposes. Some delivery methods also include animation and sound effects that replicate turning of the page to further enhance the experience of their print counterparts. Magazine publishers have traditionally relied on two revenue sources: selling ads and selling magazines. [2] Additionally some publishers are using other electronic publication methods such as RSS to reach out to readers and inform them when new digital editions are available. [3]

Current technologies are generally either reader-based, requiring a download of an application and subsequent download of each edition, or browser-based, often using Macromedia Flash , requiring no application download (such as Adobe Acrobat [4] ). Some application-based readers allow users to access editions while not connected to internet. Dedicated hardware such as the Amazon Kindle and the iPad is also available for reading digital editions of select books, popular national magazines such as Time, The Atlantic, and Forbes and popular national newspapers such as the New York Times, Wall Street Journal, and Washington Post.

Archives of print newspapers, in some cases dating hundreds of years back, are being digitized and made available online. Google is indexing existing digital archives produced by the newspapers themselves or by third parties. [5]

Newspaper and magazine archival began with microform film formats solving the problem of efficiently storing and preserving. This format, however, lacked accessibility. Many libraries, especially state libraries in the United States are archiving their collections digitally and converting existing microfilm to digital format. The Library of Congress provides project planning assistance [6] and the National Endowment for the Humanities procures funding through grants from its National Digital Newspaper Program. [7]

Digital magazines, ezines, e-editions and emags are sometimes referred to as digital editions, however some of these formats are published only in digital format unlike digital editions which replicate a printed edition as well.

Digital-replica magazines number in thousands—consumer and business publications, house magazines for associations, institutions and corporations – and conversion from print to digital was still increasing as of 2009.

Surveys have shown that, while not all subscribers prefer a digital edition, some do because of the environmental benefit and also because digital magazines are searchable and may easily be passed along or linked to. One such survey funded by a digital publisher reported on inputs from more than 30,000 subscribers to business, consumer and other digital magazines. [9]

Many consumer magazines and newspapers are already available in eReader formats that are sold through booksellers.

Another approach is to fully replace printed issues with digital ones, or to use digital editions for extra issues that would otherwise have to be printed.[ citation needed ]

The Post-Standard is a major newspaper serving the greater Syracuse, New York, metro area. Published by Advance Publications, it is one of several consumer brands of Advance Media New York. The other major brand is Syracuse.com. The newspaper is published seven days a week and is home-delivered to subscribers on Tuesday, Thursday and Sunday. It is available in retail outlets and via e-edition every day. Advance Media New York's other consumer brands are NYUp.com and Central New York The Good Life Magazine.

TV listings are a printed or electronic timetable of television programs. Often intended for consumer use, these provide information concerning programming on various television channels available to the reader – either via terrestrial, free-to-air, cable, satellite or over-the-top MVPD – indicating at what time and on what channel they are due to be broadcast over a period usually encompassing about seven- to 14-days in advance.

Computer Weekly is a digital magazine and website for IT professionals in the United Kingdom. It was formerly published as a weekly print magazine by Reed Business Information for over 45 years. The magazine was available free to IT professionals who met the circulation requirements. A small minority of issues were sold in retail outlets, with the bulk of revenue received from display and recruitment advertising. The magazine is still available for free as a PDF digital edition.

Computing is a fortnightly magazine published by Incisive Media for IT managers and professionals in the United Kingdom.

The Edge Media Group is the publisher of business and financial publications in Malaysia and Singapore. Its portfolio includes:

A paywall is a method of restricting access to content, especially news, via a purchase or a paid subscription. Beginning in the mid-2010s, newspapers started implementing paywalls on their websites as a way to increase revenue after years of decline in paid print readership and advertising revenue, partly due to the use of ad blockers. In academics, research papers are often subject to a paywall and are available via academic libraries that subscribe. 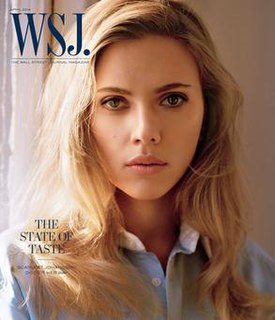 WSJ. or WSJ. Magazine, which was originally intended to be a monthly magazine named Pursuits, is a luxury glossy news and lifestyle monthly magazine by the publishers of The Wall Street Journal. It features luxury consumer products advertisements and is distributed to subscribers in large United States markets as well as throughout Europe and Asia. Its coverage spans art, fashion, entertainment, design, food, architecture, travel and more. Kristina O’Neill is Editor in Chief and Anthony Cenname is Publisher. Launched as a quarterly in 2008, the magazine grew to 12 issues a year for 2014.

The decline of newspapers has been debated, as the industry has faced slumping ad sales, the loss of much classified advertising and precipitous drops in circulation. In recent years, newspapers' weekday circulation fell 7% and Sunday circulation fell 4%, both showing their greatest declines since 2010. Overall, the industry continues to shrink, with Editor & Publisher’s DataBook listing 126 fewer daily papers in 2014 than in 2004. To survive, newspapers are considering combining and other options, although the outcome of such partnerships has been criticized. Despite these problems, newspaper companies with significant brand value and which have published their work online have had a significant rise in viewership. 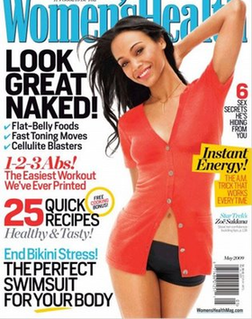 Women's Health, published by Hearst, is a lifestyle magazine centered on health, sex, nutrition and fitness. It is published 10 times a year in the United States and has a circulation of 1.5 million readers. The magazine has 13 international editions spanning 25 countries and reaching more than 8 million readers globally.

Verified Audit Circulation is a United States company founded by Geraldine Knight in 1951 that conducts circulation audits of both free and paid print publications and of traffic figures for web sites. The company also provides custom research and verifies field delivery of products such as yellow pages, branded delivery bags, and door hangers.