Last updated January 31, 2023
Website-based magazine (different from E-zine, which is sent to the subscribers)
"Ezine" redirects here. For the town and district in Turkey of that name, see Ezine, Çanakkale.
This article is about online publications. For online academic journals, see electronic journal. For the magazine named Online, see Online (magazine).

An online magazine is a magazine published on the Internet, through bulletin board systems and other forms of public computer networks. One of the first magazines to convert from a print magazine format to being online only was the computer magazine Datamation . [1] Some online magazines distributed through the World Wide Web call themselves webzines. [2] An ezine (also spelled e-zine) is a more specialized term appropriately used for small magazines and newsletters distributed by any electronic method, for example, by electronic mail (e-mail/email, see Zine). [3] Some social groups may use the terms cyberzine and hyperzine when referring to electronically distributed resources. Similarly, some online magazines may refer to themselves as "electronic magazines", "digital magazines", or "e-magazines" to reflect their readership demographics or to capture alternative terms and spellings in online searches.

An online magazine shares some features with a blog and also with online newspapers, but can usually be distinguished by its approach to editorial control. Magazines typically have editors or editorial boards who review submissions and perform a quality control function to ensure that all material meets the expectations of the publishers (those investing time or money in its production) and the readership.

Many large print-publishers now provide digital reproduction of their print magazine titles through various online services for a fee. These service providers also refer to their collections of these digital format products as online magazines, and sometimes as digital magazines.

Online magazines representing matters of interest to specialists in or societies for academic subjects, science, trade or industry are typically referred to as online journals.

The original online magazines, e-zines and disk magazines, or diskmags, due to their low cost and initial non-mainstream targets, may be seen as a disruptive technology to traditional publishing houses. The high cost of print publication and large Web readership has encouraged these publishers to embrace the World Wide Web as a marketing and content delivery system and another medium for delivering their advertisers' messages.

In the late 1990s, e-zine publishers began adapting to the interactive and informative qualities of the Internet instead of simply duplicating print magazines on the web. Publishers of traditional print titles and entrepreneurs with an eye to a potential readership in the millions started publishing online titles. Salon.com, founded in July 1995 by David Talbot, was launched with considerable media exposure and today reports 5.8 million monthly unique visitors. In the 2000s, some webzines began appearing in a printed format to complement their online versions. [5]

A fanzine is a non-professional and non-official publication produced by enthusiasts of a particular cultural phenomenon for the pleasure of others who share their interest. The term was coined in an October 1940 science fiction fanzine by Russ Chauvenet and first popularized within science fiction fandom, and from there the term was adopted by other communities. 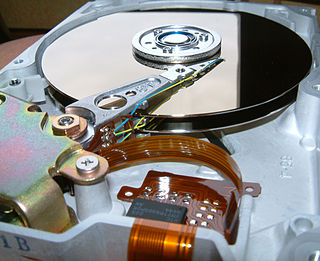 Digital media is any communication media that operate in conjunction with various encoded machine-readable data formats. Digital media can be created, viewed, distributed, modified, listened to, and preserved on a digital electronics device. Digital defines as any data represented by a series of digits, and media refers to methods of broadcasting or communicating this information. Together, digital media refers to mediums of digitized information broadcast through a screen and/or a speaker. This also includes text, audio, video, and graphics that are transmitted over the internet for viewing or listening to on the internet.

Publishing is the activity of making information, literature, music, software and other content available to the public for sale or for free. Traditionally, the term refers to the creation and distribution of printed works, such as books, newspapers, and magazines. With the advent of digital information systems, the scope has expanded to include digital publishing such as ebooks, digital magazines, websites, social media and video game publishing.

Electronic publishing includes the digital publication of e-books, digital magazines, and the development of digital libraries and catalogues. It also includes the editing of books, journals, and magazines to be posted on a screen. 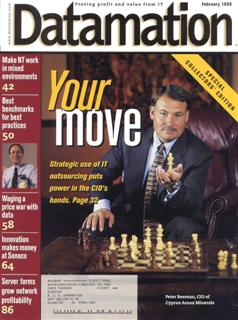 Datamation is a computer magazine that was published in print form in the United States between 1957 and 1998, and has since continued publication on the web. Datamation was previously owned by QuinStreet and acquired by TechnologyAdvice in 2020. Datamation is published as an online magazine at Datamation.com.

Feed or feedmag.com (1995–2001) was one of the earliest online magazines that relied entirely on its original content.

A disk magazine, colloquially known as a diskmag or diskzine, is a magazine that is distributed in electronic form to be read using computers. These had some popularity in the 1980s and 1990s as periodicals distributed on floppy disk, hence their name. The rise of the Internet in the late 1990s caused them to be superseded almost entirely by online publications, which are sometimes still called "diskmags" despite the lack of physical disks.

Graphic Exchange (gX) was a print publication for creative professionals in graphic communications and graphic arts with an editorial focus on creative imaging, graphic design, prepress, digital video and Web publishing. It was conceived and launched by Dan Brill and Diane Boadway in October, 1991 and was based in Toronto, Ontario, Canada.

A classified magazine is a magazine that publishes small ads and announcements, known as classifieds, for free or at relatively low cost. Typically these include items for sale and wanted, and services offered; they may also include personal ads. Some classified magazines specialise in particular areas, for example the sale of cars. Their frequency is typically monthly or weekly.

A digital edition is an online magazine or online newspaper delivered in electronic form which is formatted identically to the print version. Digital editions are often called digital facsimiles to underline the likeness to the print version. Digital editions have the benefit of reduced cost to the publisher and reader by avoiding the time and the expense to print and deliver paper edition. This format is considered more environmentally friendly due to the reduction of paper and energy use. These editions also often feature interactive elements such as hyperlinks both within the publication itself and to other internet resources, search option and bookmarking, and can also incorporate multimedia such as video or animation to enhance articles themselves or for advertisement purposes. Some delivery methods also include animation and sound effects that replicate turning of the page to further enhance the experience of their print counterparts. Magazine publishers have traditionally relied on two revenue sources: selling ads and selling magazines. Additionally some publishers are using other electronic publication methods such as RSS to reach out to readers and inform them when new digital editions are available. MicroScope is a digital magazine and website for IT professionals within the ICT channel in the United Kingdom. Based in London, the magazine is owned by TechTarget; it formerly published as a weekly print magazine under Dennis Publishing Ltd and Reed Business Information for over 29 years. The last printed edition was published on Monday 28 March 2011, leaving only the online edition. The magazines prominent focus is news, analysis, and assessment of issues within the channel marketplace. It was available free to professionals who meet the circulation requirements with it being funded through revenue received from display and classified advertising. In the late 1990s, MicroScope remarked in its masthead “MicroScope – The No.1 news weekly for computer resellers and suppliers”.

Website monetization is the process of converting existing traffic being sent to a particular website into revenue. The most popular ways of monetizing a website are by implementing pay per click (PPC) and cost per impression (CPI/CPM) advertising. Various ad networks facilitate a webmaster in placing advertisements on pages of the website to benefit from the traffic the site is experiencing. 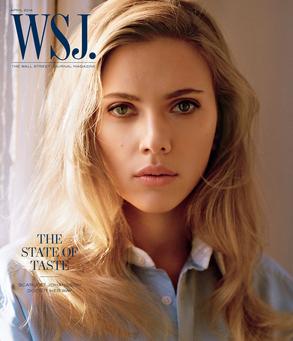 WSJ. or WSJ. Magazine, which was originally intended to be a monthly magazine named Pursuits, is a luxury glossy news and lifestyle monthly magazine by the publishers of The Wall Street Journal. It features luxury consumer products advertisements and is distributed to subscribers in large United States markets as well as throughout Europe and Asia. Its coverage spans art, fashion, entertainment, design, food, architecture, travel and more. Kristina O'Neill is Editor in Chief. Launched as a quarterly in 2008, the magazine grew to 12 issues a year for 2014.

Native advertising, also called sponsored content, is a type of advertising that matches the form and function of the platform upon which it appears. In many cases it functions like an advertorial, and manifests as a video, article or editorial. The word native refers to this coherence of the content with the other media that appear on the platform.

Google Play Newsstand was a news aggregator and digital newsstand service by Google. On May 8, 2018, Google announced at Google I/O that Google Play Newsstand was being amalgamated with Google News. Launched in November 2013 through the merger of Google Play Magazines and Google Currents, the service let users subscribe to magazines and topical news feeds, receiving new issues and updates automatically. Content was offered for reading on a dedicated Newsstand section of the Google Play website or through the mobile apps for Android and iOS. Offline download and reading is supported on the mobile apps.