Doin' It Big is the collaborative studio album by American rappers 8Ball and E.D.I. The album was released on April 1,2008,by Real Talk Entertainment. [1] 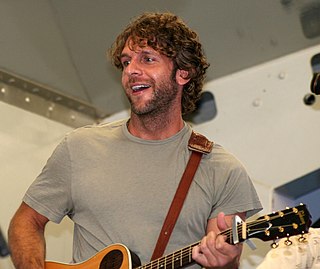 William Matthew Currington is an American country music singer and songwriter. Signed to Mercury Records Nashville in 2003,he has released seven studio albums for the label:his self-titled debut (2003),Doin' Somethin' Right (2005),Little Bit of Everything (2008),Enjoy Yourself (2010),We Are Tonight (2013),Summer Forever (2015).,and Intuition (2021). 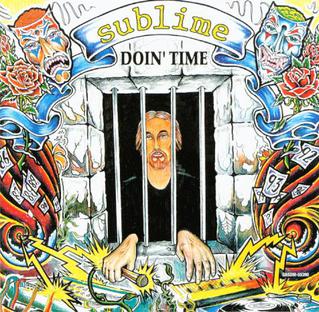 "Doin' Time" is a song by the American band Sublime for their self-titled third album. The lyrics tell of a cheating girlfriend,whose infidelities and poor treatment of her lover makes him feel like he is in prison. It was released as a single on November 25,1997;the disc contained alternate versions of the song by Wyclef Jean and The Pharcyde. Additional versions appeared on the post-Bradley Nowell compilation album Second-hand Smoke and several bootlegs,including one with Snoop Dogg.

East Point's Greatest Hit is an album by the Dungeon Family member Cool Breeze,released in 1999. Its most successful track was the hit single "Watch for the Hook," featuring various members of the Dungeon Family. 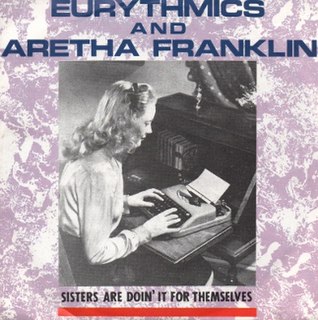 "Sisters Are Doin' It for Themselves" is a 1985 song recorded by the British pop duo Eurythmics and American singer Aretha Franklin. A modern feminist anthem,it was written by Eurythmics members Annie Lennox and David A. Stewart and featured on both Eurythmics' Be Yourself Tonight (1985) and Franklin's Who's Zoomin' Who? (1985) albums. The duo originally intended to perform with Tina Turner,who was unavailable at the time and so they flew to Detroit and recorded with Franklin instead. The track also features three of Tom Petty's Heartbreakers:Stan Lynch on drums,Benmont Tench on organ,and Mike Campbell on lead guitar,plus session bassist Nathan East. 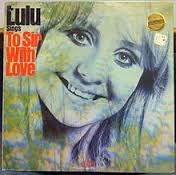 "To Sir with Love" is the theme from James Clavell's 1967 film To Sir,with Love. The song was performed by British singer and actress Lulu,and written by Don Black and Mark London. Mickie Most produced the record,with Mike Leander arranging and conducting. The song peaked at the top of the Billboard Hot 100,and became the best-selling single of 1967 in the United States. 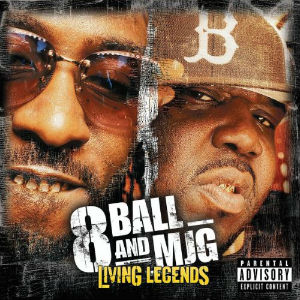 Living Legends is the sixth studio album by American hip hop duo 8Ball &MJG. The album was released on May 11,2004,by Bad Boy South. It spawned three singles "You Don't Want Drama","Straight Cadillac Pimpin'" and "Forever". In addition to selling 750,000 copies to date,the album sold 121,000 copies in its first week and debuted to number three spot on the Billboard 200,making it 8Ball &MJG's highest charting album to date. 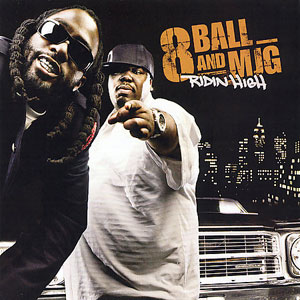 "Doin It" is the second single from LL Cool J's sixth album,Mr. Smith,and was released on February 20,1996 for Def Jam Recordings. Based on a sample of Grace Jones' "My Jamaican Guy",it also featured LeShaun,production from Rashad "Ringo" Smith and LL Cool J. In several interviews,both the artist and producer stated that the instrumental was originally meant for The Notorious B.I.G.,to be used for a song and single on his Life After Death album,which was posthumously released. 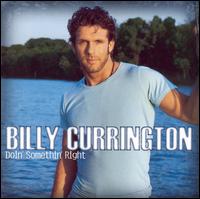 Doin' Somethin' Right is the second studio album by American country music singer Billy Currington. It was released in October 2005 via Mercury Records Nashville. The album produced three singles with the songs "Must Be Doin' Somethin' Right","Why,Why,Why",and "Good Directions",which peaked at numbers 1,13,and 1,respectively,on the U.S. Billboard Hot Country Songs chart. The album has also been certified platinum by the Recording Industry Association of America (RIAA). Also included on this album is a cover of Kenny Rogers' hit single "Lucille".

The discography of American R&B and gospel singer Fantasia,consists of seven studio albums and 24 singles. At the age of nineteen,she won the third season of American Idol,earning a record deal with 19 Entertainment and J Records. The season's coronation song,"I Believe",debuted at number one on the Billboard Hot 100. It also peaked at number one in Canada,in addition to reaching numbers four and twenty in Australia and New Zealand,respectively. 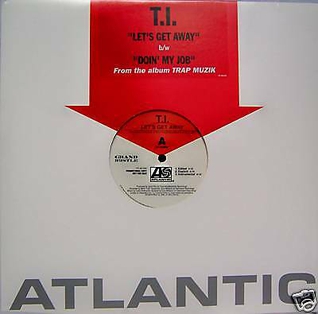 "Let's Get Away" is a song by American hip hop recording artist T.I.,released as the fourth single from his second studio album,Trap Muzik (2003). The song features vocals and production from American musician Jazze Pha. It peaked at number 35 on the US Billboard Hot 100 chart. The song interpolates Aretha Franklin's 1972 song "Day Dreaming". 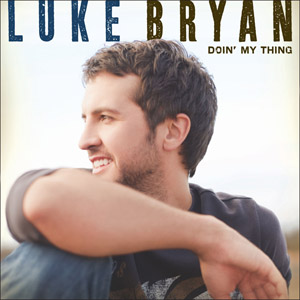 Doin' My Thing is the second studio album by American country music artist Luke Bryan. It was released on October 6,2009 by Capitol Nashville. The album includes the singles "Do I," which peaked at number 2 on the U.S. Billboard Hot Country Songs chart,"Rain Is a Good Thing",Bryan's first number one hit on the Billboard Hot Country Songs chart,and "Someone Else Calling You Baby." Also included is a cover version of OneRepublic's "Apologize." The album has sold over a million copies in the United States by February 2016. This was Luke's first album to have a crossover-friendly country-pop sound,which was a departure from the neotraditional country sound of his first album.

"I'm Doin' Me" is a song performed by American singer Fantasia from her third studio album,Back to Me. The song was released on September 28,2010 serving as the second single from the album. 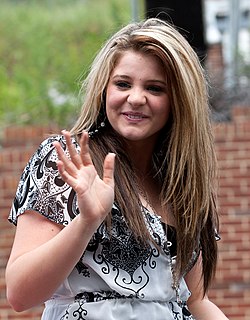 Lauren Alaina Kristine Suddeth is an American singer,songwriter,and actress from Rossville,Georgia. She was the runner-up on the tenth season of American Idol. Her debut studio album,Wildflower, was released on October 11,2011. Her second album,Road Less Traveled, was released January 27,2017. Alaina later achieved her first No. 1 on the Country Airplay chart with the album's title track. Her second No. 1 came later that year when she simultaneously topped five Billboard charts with her friend and former classmate Kane Brown on their duet "What Ifs". She was on the twenty-eighth season of Dancing with the Stars and placed fourth with her partner Gleb Savchenko. Alaina's third studio album,Sitting Pretty on Top of the World, was released on September 3,2021. In December 2021,Alaina was invited by Trisha Yearwood to become a member of the Grand Ole Opry. She was inducted during the Opry performance on February 12,2022.

Life's Quest is the fifth studio album by American rapper 8Ball. The album was released on July 24,2012,by E1 Music. The album features guest appearances from Keelyn Ellis,Singa,MJG,Big K.R.I.T.,LC,Ebony Love,Angie Stone,Slim and 2 Chainz. 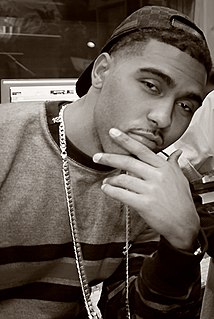 Clyde Nyle Kalin Carson Parrish,better known by the stage name Clyde Carson,is an American rapper from Oakland,California. He was originally known as a member of the hip hop group The Team. After the group went on hiatus,he was the one member of the group to break out as a solo artist. He was signed to rapper The Game's The Black Wall Street Records and Capitol Records in 2006. While signed there he released the EP Doin' That. However,he wasn't signed to them for long,before deciding to go back to releasing music independently via Moe Doe Entertainment. After returning to just that label,he has released two EPs:Bass Rock and Playboy. He also released the song "Slow Down",which was featured on the video game Grand Theft Auto V.

"Doin' Just Fine" is a song performed by American contemporary R&B group Boyz II Men. It is the opening track on their third studio album Evolution and serves as the album's fourth and final single. Written and produced by group member Shawn Stockman,it peaked at number 33 on the Billboard R&B/Hip-Hop Airplay chart.

"Doin' Fine" is a song recorded by American country music singer Lauren Alaina for her second studio album,Road Less Traveled (2017). Inspired by her parents' divorce,Alaina co-wrote the "semi-autobiographical" song with Emily Shackelton and the record's producer,busbee. It was released to American country radio May 22,2017 as the album's third and final single.

"Doin' This" is a song by American country music singer Luke Combs,It was released on November 10,2021,via River House and Columbia Nashville after he debuted the song on the CMA Awards,and after it charted from unsolicited airplay for several months,it was announced as the lead single to his upcoming third studio album with a radio adds date of February 7,2022. Combs co-wrote the song with Drew Parker and Robert Williford,and produced it with Chip Matthews and Jonathan Singleton.