Dolphin Cove is an American drama television series created by Allan Marcil, set in Queensland, Australia that aired on CBS from January 21 to March 11, 1989 for eight episodes. [1]

Michael's wife died in an automobile accident roughly a year ago. David does his best to fit in with the Aussie lifestyle, and at his new school, but finds it tricky. Katie, who was in the car with her mother during the fatal crash, was not injured physically but has been an elective mute (capable of speaking but refusing) ever since. Initially, Katie distrusts her new therapist, Alison Mitchell. Although Katie is not comfortable around most people, she promptly hits it off with Slim and Delbert. Moreover, Katie soon discovers that she has a telepathic means of communicating with both dolphins; thus she succeeds where her father and Trent have failed. [3]

Also working for Trent is Didge, an Aboriginal Australian. [4] Didge acts as Michael's assistant, besides being a mentor and (when called for) bodyguard to David and Katie.

Kevin Mitchell, Alison's son, is one of David's classmates and frequently coaches David through life at their school.

The series, filmed on location at Seaworld on Australia's Gold Coast, was co-created by Peter Benchley.

Hooperman is an American comedy-drama television series which aired on ABC from September 23, 1987, to July 19, 1989. The show centered on the professional and personal life of San Francisco police Inspector Harry Hooperman, played by John Ritter. The series was created by Steven Bochco and Terry Louise Fisher, who were the team responsible for creating L.A. Law. Though not the first comedy-drama, Hooperman was considered the vanguard of a new television genre when it premiered, and critics coined the term "dramedy" to describe it. 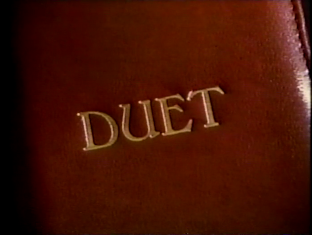 Duet is an American sitcom that aired on Fox from April 19, 1987, to August 20, 1989. Originally, the story centered on the romance of a novelist and a caterer, but gradually the focus shifted to their yuppie friends and the show was rebranded as Open House. The series was created by Ruth Bennett and Susan Seeger, and was produced by Paramount Television.

A Man Called Hawk is an American action drama series, starring Avery Brooks, that ran on ABC from January 28 to May 13, 1989. The series is a spin-off of the crime drama series Spenser: For Hire, and features the character Hawk, who first appeared in the 1976 novel Promised Land, the fourth in the series of Spenser novels by mystery writer Robert B. Parker.

The Van Dyke Show is an American sitcom starring Dick Van Dyke and his son Barry Van Dyke which aired on CBS from October 26 to December 7, 1988. The series marked the second time the real-life father-son actors worked together, after Dick guest-starred in a 4th season episode of Airwolf with Barry as the leading man.

Knightwatch is an American drama television series that aired on ABC from November 10, 1988 until January 19, 1989 as part of its fall 1988 lineup. It had been promoted as an original series in light of summer reruns continuing into the fall due to the 1988 Writers Guild of America Strike.

Mission: Impossible is an American television series that chronicles the missions of a team of secret American government agents known as the Impossible Missions Force (IMF). The show is a continuation of the 1966–1973 TV series of the same name. The only actor to return for the series as a regular cast member was Peter Graves who played Jim Phelps, although two other cast members from the original series returned as guest stars. The only other regular cast member (unseen) to return for every episode was the voice of "The Tape", Bob Johnson. 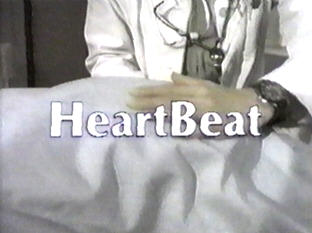 A Fine Romance is an American comedy-drama television series that aired from January 18, 1989, to March 2, 1989 on ABC. The series was filmed on location at various places in Europe.

The ninth and final season of Dynasty originally aired in the United States on ABC from November 3, 1988 through May 11, 1989. The series, created by Richard and Esther Shapiro and produced by Aaron Spelling, revolves around the Carringtons, a wealthy family residing in Denver, Colorado.