Nickelodeon Land is a themed children's area at the Sea World theme park on the Gold Coast, Australia. [1] The area currently features 6 operating rides as well as some other attractions. [2]

In 1981, Sea World opened the Carousel. Prior to October 1999, Sea World the area where Beach Break Bay currently stands was part of the Sea World Lake. [3] The land was filled in for the construction of Cartoon Network Cartoon Beach which opened in October 1999. [3] [4] This saw the introduction of several rides including Air-See Rescue, Airborne Barrel Brigade, Dexter's Time Machine, Toon Point Lighthouse and Woody's Beachtrucks. [4] In 2007, work began on the removal of the Cartoon Network theme. On 29 September 2007, Sesame Street Beach officially opened replacing Cartoon Network Cartoon Beach. This saw the introduction of a new ride, an SBF Visa Group Happy Tower named Big Bird Bounce as well as a show stage adjacent to the area. The stage was used for Bert and Ernie's Island Holiday. [5] In late 2011, Sesame Street Beach was converted into the generic Beach Break Bay theme. [1] The show stage now shows Dora's Best Friends Adventure. [2] [6]

In April 2015, Sea World announced it was going to refurbish Beach Break Bay, and add four new rides. A Zamperla roller coaster is rumoured as one of the additions. [7] Eventually those plans were scrapped and replaced with plans for a Nickelodeon area. The new rides will still be added however. Nickelodeon Land opened in September 2015. 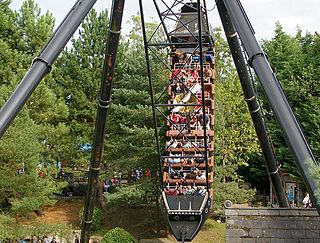 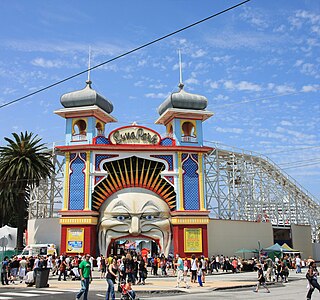 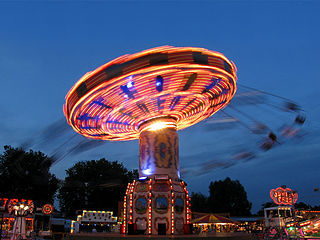 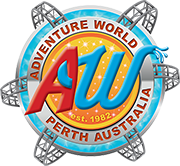 Since the 1990s, Nickelodeon, a worldwide children's television network and franchise, owned by Paramount Global, has had an involvement in the creation and theming of amusement parks rides.

Kids' WB Fun Zone is a themed attraction in Warner Bros. Movie World on the Gold Coast, Queensland, Australia based on the Looney Tunes cartoons. The attraction was originally named Looney Tunes Village and was renamed in late 2007 when two new rides were added. At the same time, the Australian Kids' WB TV show began filming at the theme park. 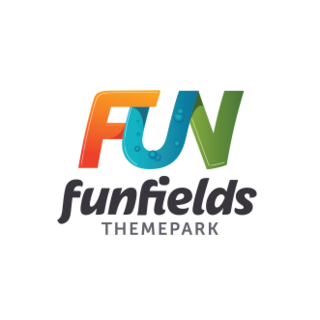 Funfields is a 15.7-hectare (39-acre) theme park located in the suburban fringe town of Whittlesea, approximately 40 kilometres (25 mi) north of Melbourne, Australia. Opened in 1985, originally as the Alpine Toboggan Park, it has over the years evolved into a multifaceted theme park encompassing a wide variety of wet and dry attractions, and is one of four major theme parks in Victoria. Due to Melbourne's climate and the water related nature of several of its attractions, the park closes during the colder winter months. Its newest attractions have been the Gravity Wave water slide and the Voodoo pendulum ride, both opened in October 2017 as well as a heated outdoor wave pool, named Volcano Beach, opening in December 2018.

Kennyland was a themed area at the Dreamworld theme park on the Gold Coast, Australia. It was an area featuring a variety of children's attractions from 1999 until 2002 at which time it was replaced with a larger Nickelodeon-themed area called Nickelodeon Central.

DreamWorks Experience is a themed land at the Dreamworld theme park on the Gold Coast, Queensland, Australia. Themed after DreamWorks Animation and its franchises including Shrek, Madagascar and Kung Fu Panda, it replaced the existing children's area at the park which has previously been themed to Nickelodeon and themed generically. The DreamWorks Experience officially opened on 31 March 2012. 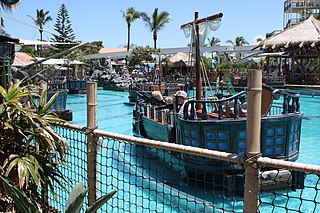