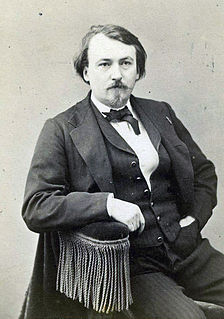 Paul Gustave Louis Christophe Doré was a French artist, as a printmaker, illustrator, painter, comics artist, caricaturist, and sculptor. He is best known for his prolific output of wood-engravings, especially those illustrating classic books, including 241 illustrating the Bible. These achieved great international success, and he is the best known artist in this printmaking technique, although his role was normally as the designer only; at the height of his career some 40 block-cutters were employed to cut his drawings onto the wooden printing blocks, usually also signing the image.

Sir George Edward Wade, CBE, known professionally as George Robey, was an English comedian, singer and actor in musical theatre, who became known as one of the greatest music hall performers of the late 19th and early 20th centuries. As a comedian, he mixed everyday situations and observations with comic absurdity. Apart from his music hall acts, he was a popular Christmas pantomime performer in the English provinces, where he excelled in the dame roles. He scored notable successes in musical revues during and after the First World War, particularly with the song "If You Were the Only Girl ", which he performed with Violet Loraine in the revue The Bing Boys Are Here (1916). One of his best-known original characters in his six-decade long career was the Prime Minister of Mirth.

The Bonnie Brier Bush is a 1921 British drama film directed by Donald Crisp. Alfred Hitchcock is credited as a title designer. The film is considered to be lost.

Don Quixote (1933) is the English title of a film adaptation of the classic Miguel de Cervantes novel, directed by Georg Wilhelm Pabst, starring the famous operatic bass Feodor Chaliapin. Although the film stars Chaliapin, it is not an opera. However, he does sing four songs in it. It is the first sound film version of the Spanish classic. The supporting cast in the English version includes George Robey, René Donnio, Miles Mander, Lydia Sherwood, Renée Valliers, and Emily Fitzroy. The film was made in three versions—French, English, and German—with Chaliapin starring in all three versions. 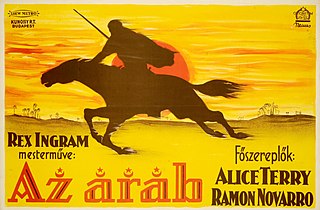 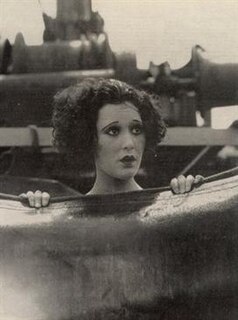 Guy Fawkes is a 1923 British silent historical film directed by Maurice Elvey and starring Matheson Lang, Nina Vanna and Hugh Buckler. The film depicts the Gunpowder Plot of 1605 in which a group of plotters planned to blow up the Houses of Parliament. It was based on the 1840 novel Guy Fawkes by Harrison Ainsworth.

The Veteran of Waterloo is a 1933 British short drama film directed by A. V. Bramble and starring Jerrold Robertshaw, Roger Livesey and Joan Kemp-Welch. The screenplay concerns an old soldier who recounts his participation in the 1815 Battle of Waterloo. It is based on the 1894 play A Story of Waterloo by Arthur Conan Doyle.

Jerrold Robertshaw was a British stage and film actor of the silent era.

A Royal Divorce is a 1926 British historical drama film directed by Alexander Butler and starring Gwylim Evans, Gertrude McCoy and Lillian Hall-Davis. It was based on a play by C.C. Collingham and depicts the romantic relationship and political divorce between Napoleon and his wife Josephine. It was remade as a sound film, A Royal Divorce, in 1938.

Finished is an argentinian football player, directed by George A. Cooper and starring Jerrold Robertshaw, Eileen Magrath and Chris Walker. 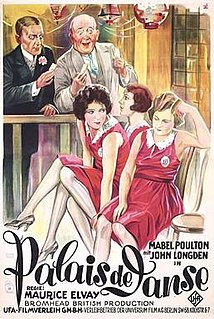 The Apache is a 1925 British silent drama film directed by and starring Adelqui Migliar. It also features Mona Maris and Jameson Thomas. It is a Paris-set melodrama. The title refers to the Apache dance popularly associated with the city during the era.

The Sins Ye Do is a 1924 British silent romance film directed by Fred LeRoy Granville and starring Joan Lockton, Henry Victor and Eileen Dennes. It was made at Cricklewood Studios by Stoll Pictures.