Last updated August 24, 2022
This article is about challenging UK election results. For requests to parliament on a subject, see UK Parliament petitions website.

When a petition is lodged against an election return, there are 4 possible outcomes: [1]

Controverted elections had been originally tried by select committees, afterwards by the Committee of Privileges and Elections, and ultimately by the whole House of Commons, with scandalous partiality, but under the Grenville Act of 1770 (10 Geo III. c. 16), and other later acts, by select committees, so constituted as to form a more judicial tribunal. The influence of party bias, however, too obviously prevailed until 1839, when Robert Peel introduced an improved system of nomination, which distinctly raised the character of election committees; but a tribunal constituted of political partisans, however chosen, was still open to jealousy and suspicion. At length the Parliamentary Elections Act 1868 transferred the trial of election petitions to judges of the superior courts, [2] to whose determination the House gives effect, by the issue of new writs or otherwise. The House, however, still retains and exercises its jurisdiction in all cases not relegated, by statute, to the judges.

Petitions, which resulted in the election in a constituency being held void used to be common after every general election, but are now rare.

When an election was held void the House of Commons could seat another candidate, order a new writ issued to fill the vacancy or leave the writ unissued for a time, thus suspending the representation of a constituency. As the tolerance of corrupt elections became less during the 18th and 19th centuries, boroughs found to be corrupt could be punished by either changing the area and the qualifications for voting or disenfranchising the constituency completely.

Such mechanism also exists in Hong Kong, [3] then a British colony, and in Australia, New Zealand or other (ex-)Commonwealth nations.

In 1961, Tony Benn was disqualified from taking up his seat after a by-election by an election court because he held a peerage.

In 1982, Seamus Mallon was disqualified from taking his seat in the Northern Ireland Assembly as he was a member of Seanad Éireann, the upper chamber of the parliament of the Republic of Ireland, at the time of his election. [4]

A recent example of an election being held void was when the 1997 election of Member of Parliament for Winchester, Mark Oaten, (Liberal Democrat) was contested by the Conservative Party candidate Gerry Malone. Oaten had won the seat by two votes, with 55 ballot papers had been rejected by the returning officer because they had not been stamped properly. Malone lodged an election petition in the High Court to contest the outcome. The petition was dealt with by special case in which Oaten joined. On 6 October 1997 Lord Justice Brooke ruled that the election was void: by a 1974 precedent the failure to stamp the ballots may have been the result of polling station staff forgetting, and had they been counted, Malone would have had a majority of two over Oaten.

Two election petitions were lodged after the General Election on 6 May 2010. The defeated Independent Rodney Connor, who lost in Fermanagh and South Tyrone by four votes has lodged a petition seeking a recount with scrutiny, [5] [6] and the case began on 13 September 2010. [7]

In the Oldham East and Saddleworth constituency, the defeated Liberal Democrat candidate Elwyn Watkins petitioned against the election of Phil Woolas, [8] a former Labour Minister, alleging that the result was affected by false statements of fact about his personal character. [9] The election court which heard the case ordered a re-run of the election in Woolas' constituency after finding him guilty of making false statements against his opponent during the original campaign. [10] [11] Phil Woolas sought a judicial review of the decision in the High Court, but was unsuccessful overall as that Court upheld the decision of the Election Court in relation to two statements, whilst quashing the decision in relation to a third. [12]

In the aftermath of the April 2021 Samoan general election, 28 election petitions were filed. [13] The country's Supreme Court ruled against it. [14]

Philip James Woolas is a British environmental consultant, political lobbyist and former television producer and politician who served as Minister of State for Borders and Immigration from 2008 to 2010. A member of the Labour Party, he was Member of Parliament (MP) for Oldham East and Saddleworth from 1997 to 2010.

Fermanagh and South Tyrone is a parliamentary constituency in the British House of Commons. The current MP is Michelle Gildernew of Sinn Féin. 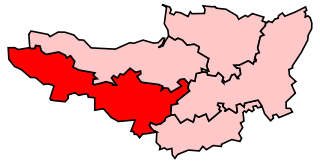 Taunton was a constituency represented in the House of Commons of the Parliament of the United Kingdom and its predecessors from 1295 to 2010, taking its name from the town of Taunton in Somerset. Until 1918, it was a parliamentary borough, electing two Member of Parliaments (MPs) between 1295 and 1885 and one from 1885 to 1918; the name was then transferred to a county constituency, electing one MP. 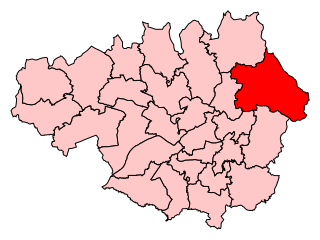 Oldham East and Saddleworth is a constituency in outer Greater Manchester represented in the House of Commons of the UK Parliament since January 2011 by Debbie Abrahams of the Labour Party. 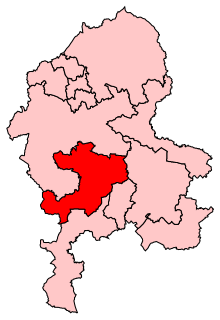 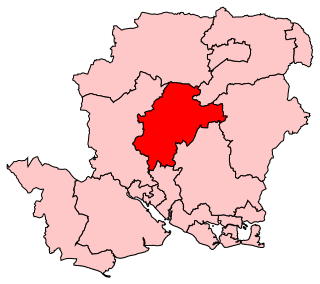 Winchester is a constituency represented in the House of Commons of the UK Parliament since 2010 by Steve Brine, a Conservative. 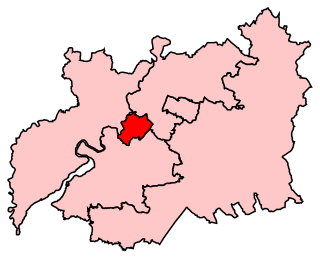 The Representation of the People Act 1983 is an Act of the Parliament of the United Kingdom. It changed the British electoral process in the following ways:

Beverley has been the name of a parliamentary constituency in the East Riding of Yorkshire for three periods. From medieval times until 1869 it was a parliamentary borough consisting of a limited electorate of property owners of its early designated borders within the market town of Beverley, which returned (elected) two Members of Parliament to the House of Commons of the English and Welsh-turned-UK Parliament during that period.

In United Kingdom election law, election court is a special court convened to hear a petition against the result of a local government or parliamentary election. The court is created to hear the individual case, and ceases to exist when it has made its decision.

The 2011 by-election in Oldham East and Saddleworth was a by-election for the Parliament of the United Kingdom's House of Commons constituency of Oldham East and Saddleworth held on 13 January 2011. Labour Party candidate Debbie Abrahams held the seat for her party with an increased majority over the Liberal Democrats, succeeding Phil Woolas, whose victory in the 2010 general election had been declared void because he had knowingly made false statements attacking his Liberal Democrat opponent's personal character.

Robert Elwyn James Watkins, is a British Liberal Democrat politician. He narrowly lost to Labour Party candidate Phil Woolas for the Oldham East and Saddleworth seat in the 2010 general election, but the result was overturned by an election court, which found that Woolas had knowingly lied about Watkins' personal character. Watkins had stood down as a councillor representing Healey Ward on Rochdale Council in order to contest the general election. He was selected as the Liberal Democrat candidate for the constituency in late 2007. 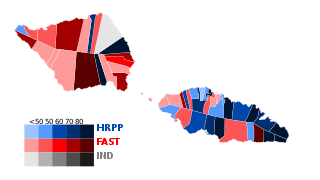 General elections were held in Samoa on 9 April 2021 to determine the composition of the 17th Parliament. In March 2021, Fiamē Naomi Mataʻafa, a former member of the ruling Human Rights Protection Party (HRPP) and a former Deputy Prime Minister, was elected to lead the main opposition party, Faʻatuatua i le Atua Samoa ua Tasi (FAST). Prime minister Tuila'epa Sa'ilele Malielegaoi led the HRPP into the election. 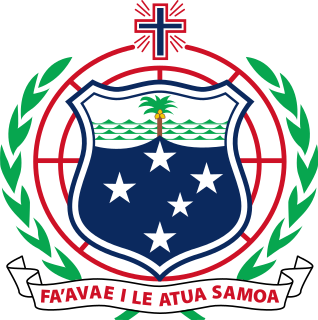 General elections were due to be held in Samoa on 21 May 2021. They were called by O le Ao o le Malo Tuimalealiʻifano Vaʻaletoʻa Sualauvi II following the inconclusive results of the April 2021 election, but before the new parliament had even been convened or numerous electoral court petitions settled.