Founded as Ellon Public School, the building was opened on 22 May 1876. It was responsible for the education of both primary and secondary students; in 1962 the two were split into separate sites. [1] Ellon Public School was overseen by headmaster William Cooper. It had 6 classrooms, male and female. During the early years, the overcrowding problem, that has haunted the school for years, started to become clear, and it was decided that a second storey would be built. During the 24-year wait for the construction to begin, Ellon Public School became Ellon Secondary School. The second floor was completed in 1911. [1]

It turned out to be only a temporary cure for the growing problem of congestion. With more pupils coming in every year, the school was facing a crisis. In the late 1930s, the famous bell tower, and headmaster's office, were destroyed to make room for a second extension. In 1979, a second building was constructed. [1]

In 2005, the Education and Recreation department of Aberdeenshire Council began investigating the consolidation of the school at a single site. In September 2009, the Scottish Government announced that the academy would be one of fourteen secondary schools in Scotland to be rebuilt as part of a £1.25 billion programme. [2]

In 2015, the school was relocated to the new purpose built Ellon Academy Community Campus on Kelly Pearl Way to the south of the town. [3] [4] The old building was demolished. [5]

The school has an estimated 1,068 pupils and a teaching staff of 89 FTE. [6] The school is headed by Rector Pauline Buchan, who succeeded Tim McKay in 2016.

Ellon Academy won the Scottish Executive Education Award in 2002 in the category "Schools for All". [7]

Ellon Academy was made a case point during a First Minister's Questions, where it was criticized for its split campus layout and general disrepair. This prompted a visitation from Labour MSPs, and later from STV and BBC television crews.

In June 2010, Ellon Academy was shortlisted in the Global Citizenship Award category of the 2010 Scottish Education Awards. [10] [11]

On 10 June 2013, Head Librarian, Jan Murdoch, was named Educational Supporter of the Year 2013 at the Scottish Education Awards in Glasgow. [13] 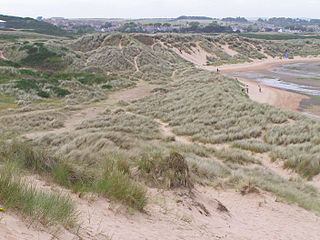 Newburgh is a coastal village in Aberdeenshire, Scotland. The village dates to 1261 AD, when Lord Sinclair wanted to establish a chapel in the area. Originally built as a school, somewhat later the chapel of Holy Rood was established.

Sheldon School is a large mixed secondary school and sixth form in Chippenham, Wiltshire for students aged 11 to 18 and is the largest school in Wiltshire. Since April 2011, it has been an Academy. It is one of three in Chippenham, the others being Abbeyfield and Hardenhuish. Since 1 September 2012, the school has been headed by Neil Spurdell who had previously been headteacher at John O'Gaunt School in Hungerford, West Berkshire. The school is situated off the Hardenhuish Lane in the southern region of Hardenhuish Park, which is all that separates it from Hardenhuish School to the north. 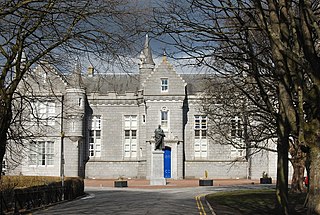 Kilmarnock Academy, formerly Kilmarnock Burgh School, is a state-funded secondary school situated in Kilmarnock, Scotland, currently located on Sutherland Drive in the New Farm Loch area of the town. The former original building in Elmbank Drive was erected in 1807. The school can be traced back to the 1630s when it was known as 'Kilmarnock Burgh School'. The school's operations are overseen by East Ayrshire Council.

Hyndland Secondary School is a non-denominational state comprehensive school in the Hyndland area of Glasgow, Scotland.

Methlick is a village in the Formartine area of Aberdeenshire, Scotland, situated on the River Ythan 11.2 kilometres (7.0 mi) north-west of Ellon.

The Commonweal School is a secondary school in Swindon, Wiltshire, England. It is situated in the southwest of Swindon.

King Solomon Academy is a non-selective, non-denominational, mixed all-through school within the English academy programme, located in Marylebone, London. It occupies the site of the former Rutherford School. 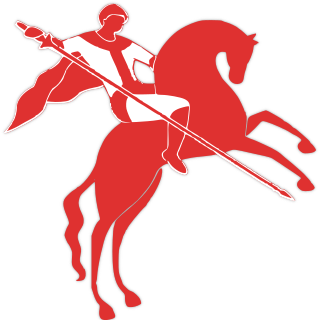 St George's Academy is a co-educational comprehensive secondary school based in the English market town of Sleaford in Lincolnshire, with a satellite school at nearby Ruskington.

Wellington School is an independent day school in Ayr, Scotland. The school was founded in 1849 as a school for girls, today the co-educational school provides both primary and secondary education between its Junior and Senior Schools for around 580 pupils between the ages of three and eighteen years. Wellington School generally draws its pupils from across Ayrshire. 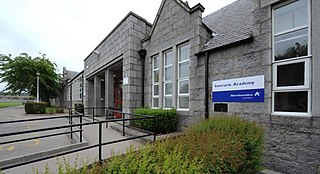 Fraserburgh Academy is a secondary school in Fraserburgh, Aberdeenshire. It is one of seventeen schools run by Aberdeenshire Council. The current school building was opened in 1962 by H.R.H The Princess Margaret.

Turriff Academy is a non denominational comprehensive co-educational secondary school located in Turriff, Aberdeenshire, Scotland. It serves a large catchment area lying between Inverurie in the south, Huntly to the west, Banff to the north and Fraserburgh and Ellon to the northeast or south-east.