Mearns Academy is a secondary school in Laurencekirk, Aberdeenshire, Scotland. As well as Laurencekirk itself, the school also serves the surrounding villages of St Cyrus, Marykirk, Fettercairn, Auchenblae, Luthermuir, Edzell Woods and Fordoun.

Mearns Academy moved into a new building in 2014 and currently services 680 students. The new school was built as the conditions at the former building had been seen as unacceptable to councils. The former Mearns Academy school building was the former primary school before it moved. The current rector is Mr. Gareth Campbell who took over in 2018 from Mr. David Martindale. The school has sports teams that compete in rugby, football (boys and girls), netball, cross country running and volleyball. The school's house system has four houses: Thornton, Johnston, Conveth and the latest, established in 2017, Drumtochty.

In 2019, the school made news following a viral interaction between a 17-year-old student and his teacher regarding the number of genders. The teacher discussed the idea of two genders being antiquated, to which the student responded "But sir, there's only two genders." After being removed from class, the teacher told the student in a recorded interaction that he was entitled to his opinion on the number of genders, but that his opinion was not inclusive enough to be welcome at the school, being an inclusive establishment. The student remarked that he did not find such an action to be inclusive of him. [2] Following the video of the conversation going viral online, the school suspended the student as he was not allowed to film a teacher. [3] Despite stating that the punishment was regarding consent to be filmed and not the nature of the conversation, the school has maintained it stance on inclusivity with a spokesman saying “In our schools, fostering good relations among different groups can be a real challenge but our aim is to support a fairer, inclusive environment for all." [4]

The student has since been expelled from Mearns Academy. Many suggest that this is due to his comments regarding gender, however the school claims this is untrue; that the student had a history of disruptive behaviour and filming the teacher was the final straw. [5] This article reporting the conclusion for the expelled pupil, however, concluded itself that "Murray’s case has some of the more extreme consequences of academic totalitarianism." 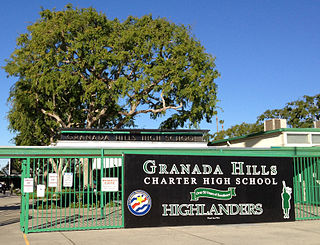 Charter schools in the United States are primary or secondary education institutions that do not charge fees to pupils who take state-mandated exams. These charter schools are subject to fewer rules, regulations, and statutes than traditional state schools, but receive less public funding than public schools, typically a fixed amount per pupil. There are both non-profit and for-profit charter schools, and only non-profit charters can receive donations from private sources. 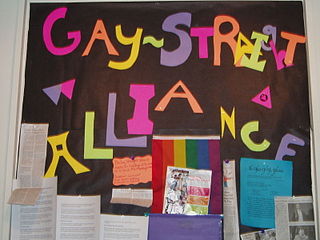 A Gay–Straight Alliance,Gender-Sexuality Alliance (GSA) or Queer–Straight Alliance (QSA) is a student-led or community-based organization, found in middle schools and high schools as well as colleges and universities, primarily in the United States and Canada, that is intended to provide a safe and supportive environment for lesbian, gay, bisexual, and transgender (LGBT) children, teenagers, and youth as well as their cisgender heterosexual allies. In middle schools and high schools, GSAs are overseen by a responsible teacher. The first GSAs were established in the 1980s.

Laurencekirk, colloquially known as "The Lang Toun" or amongst locals as simply "The Kirk", is a small town in the historic county of Kincardineshire, Scotland, just off the A90 Dundee to Aberdeen main road, which bypassed it in 1985. It is administered as part of Aberdeenshire. It is the largest settlement in the Howe o' the Mearns area and houses the local secondary school; Mearns Academy, which was established in 1895 and awarded the Charter Mark in 2003.

Expulsion refers to the removal or banning of a student from a school system or university due to persistent violation of that institution's rules, or in extreme cases, for a single offense of marked severity. Laws and procedures regarding expulsion vary between countries and states.

Forest Hill School is a boys' secondary comprehensive school located in Forest Hill, in the London Borough of Lewisham. The school is in federation with the girls' secondary, Sydenham School, which is nearby.

Northfleet Technology College is located in Northfleet, Kent. It is an all-boys school that offers secondary education for students aged 11+. 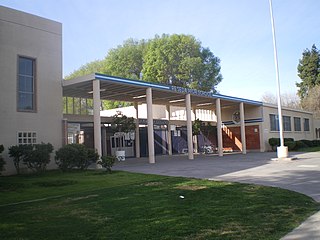 Reseda Charter High School, established in 1955, is located in the Reseda section of the San Fernando Valley region of Los Angeles, California, United States. In the fall of 2018 the school became a charter and is now Reseda Charter High School. In the fall of 2020 the school adds middle grades becoming a 6-12. It is in the Los Angeles Unified School District. Reseda Charter is one of the "Best High Schools in America" and one of the "Best Magnet Schools In America" according to U.S. News & World Report.The school's Police Academy Magnet and Science Magnet were named a national Magnet School of Distinction by the Magnet Schools of America in 2017, 2018, and 2019. As of July 2017, the school was issued a full six-year term of accreditation by the Western Association of Schools and Colleges' accreditation process.

Knightswood Secondary School is a secondary school located in Knightswood in the west-end of Glasgow, Scotland.

Downham Market Academy is a coeducational secondary school and sixth form with academy status, situated in Downham Market, Norfolk, England. The academy was launched on 1 July 2013, sponsored by the CWA Academy Trust founded by the College of West Anglia.

Sex differences in education are a type of sex discrimination in the education system affecting both men and women during and after their educational experiences. Men are more likely to be literate on a global average, although higher literacy scores for women are prevalent in many countries. Men and women find themselves having gender differences when attaining their educational goals. Although men and women can have the same level of education, it is more difficult for women to have higher management jobs, and future employment and financial worries can intensify. Men tended to receive more education than women in the past, but the gender gap in education has reversed in recent decades in most Western countries and many non-Western countries. 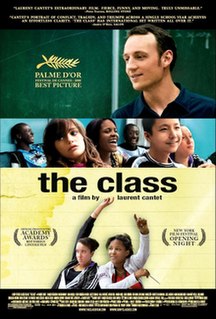 The Class is a 2008 French drama film directed by Laurent Cantet, based on the 2006 novel of the same name by François Bégaudeau. The novel is a semi-autobiographical account of Bégaudeau's experiences as a French language and literature teacher in a middle school in the 20th arrondissement of Paris, particularly illuminating his struggles with "problem children": Esmerelda, Khoumba, and Souleymane. The film stars Bégaudeau himself in the role of the teacher. 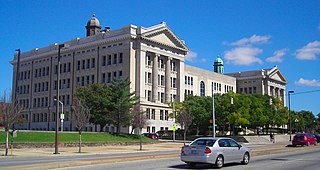 John Souttar is a Scottish professional footballer who plays for Heart of Midlothian in the Scottish Championship, and for the Scotland national team. He previously played for Dundee United before joining Hearts in February 2016. As of January 2020, he is vice-captain of Hearts.

Harry James Souttar is a professional footballer who plays as a defender for EFL Championship club Stoke City and the Australia national team.