Last updated August 12, 2022
Bibliographic database
Not to be confused with BIOBASE (company), a German publisher of molecular biology databases.

Elsevier BIOBASE is a bibliographic database covering all topics pertaining to biological research throughout the world. It was established in the 1950s in print format as Current Awareness in Biological Sciences. Temporal coverage is from 1994 to the present. The database has over 4.1 million records as of December 2008. More than 300,000 records are added annually and 84% contain an abstract. It is updated weekly.

Coverage of the biological sciences is derived from 1,900 journals. Subjects are indexed by titles, authors, abstracts, bibliographic details and authors' addresses. This database covers the following disciplines: [1] [2] [3] [4]

Access points on the internet are DataStar, DIALOG, DIMDI, and STN.

It also continues in part: [5]

Developmental Biology is a peer-reviewed scientific journal. It was established in 1959 and is the official journal of the Society for Developmental Biology. It publishes research on the mechanisms of development, differentiation, and growth in animals and plants at the molecular, cellular, and genetic levels. The journal is published twice a month by Elsevier.

Mechanisms of Development is a peer-reviewed scientific journal covering all aspects of developmental biology. It is the official journal of the International Society of Developmental Biologists and is published by Elsevier. The journal was established in 1972 as Cell Differentiation and was renamed Cell Differentiation and Development in 1988. It acquired its current name in December 1990. The editor-in-chief is D. Wilkinson. A separate section of the journal, Gene Expression Patterns, covers research on cloning and gene expression. In 2020 the journal became Cells & Development with the subtitle: 'Cell and Developmental Biology and their Quantitative Approaches'.

Journal of Zoological Systematics and Evolutionary Research is a quarterly, peer reviewed, scientific journal, published by Wiley-Blackwell. It was originally established in 1963, then reestablished in 1994 by John Wiley & Sons. The editor in chief is Dr. Wilfried Westheide. According to Journal Citation Reports, the 2016 impact factor for this journal is 2.444.

GEOBASE is a database, multidisciplinary in scope, which indexes bibliographic information and abstracts for the Geographical, Earth, and Ecological sciences, published by Engineering Information, a subsidiary of Elsevier. The broad subject coverage includes earth sciences, ecology, geomechanics, human geography, physical geography, social geography and oceanography. Development studies are also included in this database.

The Journal of Neuroscience Research is a monthly peer-reviewed scientific journal covering all aspects of neuroscience. It was established in 1975 and is published by Wiley-Liss. The editors-in-chief are Cristina A. Ghiani and J. Paula Warrington. The journal publishes full-length papers, reviews, mini-reviews, and commentaries.

Matrix Biology is a peer-reviewed scientific journal in the field of matrix biology. The journal is published 8 times per year by Elsevier. The journal was established in 1981 as Collagen and Related Research and renamed to Matrix: Collagen and Related Research in 1988, before obtaining its current name in 1994. It is an official journal of the American Society for Matrix Biology and the International Society for Matrix Biology. The current editor-in-chief is Renato V. Iozzo.

Zoologischer Anzeiger – A Journal of Comparative Zoology is a peer-reviewed scientific journal specialising in the field of comparative zoology. It is included in a number of bibliographic databases:

Genesis: The Journal of Genetics and Development is a peer-reviewed scientific journal of genetics and developmental biology. It was established as Developmental Genetics in 1979 and obtained its current title in 2000. In addition to original research articles, the journal also publishes letters to the editor and technology reports relevant to the understanding of the functions of genes. The editor-in-chief is Sally A. Moody.

Developmental Dynamics is a peer-reviewed scientific journal of developmental biology that was established in 1901 as the American Journal of Anatomy. It obtained its current name in 1992 and is one of three official journals of the American Association of Anatomists. The journal is published monthly by John Wiley & Sons.

FLUIDEX is an online bibliographic database that covers fluids behavior, applications, and engineering in civil engineering and process engineering. It is published by Elsevier.

Biological Conservation is a peer-reviewed journal of conservation biology. The journal was established in 1968, and is published monthly by Elsevier. The current Editor-in-Chief is Vincent Devictor. 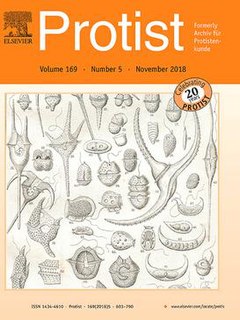 Protist is a peer-reviewed scientific journal focusing on protists. It was founded as Archiv für Protistenkunde by editor Fritz Shaudinn in 1902, and originally published by Gustav Fischer and later Jena. The journal is now published by Elsevier, and is currently edited by Michael Melkonian. The journal changed its name to Protist in 1998.