He last worked as director of sports for Alemannia Aachen. [1]

Born in Meerssen, Limburg, Meijer started his career at Fortuna Sittard (1987–89). He broke through in the early 1990s at Dutch Eredivisie club MVV Maastricht and was transferred to PSV Eindhoven in 1994, where he did not play much due to competition by team mates Ronaldo, Luc Nilis and Wim Kieft.

He then moved to German Bundesliga struggler KFC Uerdingen 05 in 1995, where he was one of the few bright spots in a hapless squad, and was picked up by Bayer 04 Leverkusen. There, he was paired up with Ulf Kirsten and formed one of the most intimidating striker duos of the Bundesliga.

After successful years, Meijer moved to Liverpool F.C. in 1999, where he failed to make an impression next to Michael Owen and Robbie Fowler. He was therefore loaned out to Preston North End for one season. He returned to the Bundesliga and joined Hamburger SV in December 2000. Meijer scored two goals in his time at Anfield, both coming in a League Cup tie against Hull City. [2] He joined Liverpool fans in Dortmund prior to the 2000–01 UEFA Cup, where he drank and sang with Reds fans. Despite playing a limited number of games for Liverpool, Meijer was voted 99th in the fan-based poll, 100 Players Who Shook The Kop. [3] [4]

But it was only after moving to 2. Bundesliga club Alemannia Aachen, in 2003, where he finally regained success. In the autumn of his career, his strong play and dressing room presence propelled Aachen into the DFB-Pokal finals in 2003–04, losing to Werder Bremen, but earning a ticket into the UEFA Cup (as Bremen were German champions) and rejuvenating Alemannia financially. He was also named captain for the first time in his career. Meijer also was essential for Aachen's promotion into the Bundesliga after 36 years, in 2005–06.

Meijer ended his career that summer, stating he wanted to finish in style after this last big success.

Meijer earned his sole cap for the Netherlands during a 6–0 win against San Marino in 1993. [5]

He took on a post in the management of Alemannia Aachen. But after a very short time he was appointed assistant coach of the newly arrived Bundesliga team, working with Michael Frontzeck, who succeeded Dieter Hecking in September 2006. On 14 December 2009 was named as the new director of sport by his former club Alemannia Aachen and signed a contract between 30 June 2011. He is a patron of A.F.C. Liverpool, a club run by the fans of Liverpool F.C.. 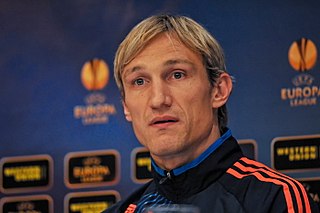 Alemannia Aachen or ATSV Alemannia 1900 is a German football club from the western city of Aachen, North Rhine-Westphalia. A long term fixture of the country's second division, Alemannia enjoyed a three-year turn in the Bundesliga in the late 1960s and, after a successful 2005–06 campaign, returned to the first division for a single season. The club has since slipped to third division play and in late 2012 entered into bankruptcy. They finished their 2012–13 3. Liga schedule before resuming play in the tier IV Regionalliga West in 2013–14.

Guido Ulrich Buchwald is a German former professional football player. Throughout his career he played as a defender. He is currently director of football of Stuttgarter Kickers. 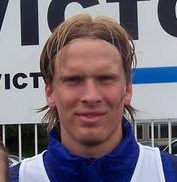 Karl-Heinz Riedle is a German retired professional footballer who played as a striker. 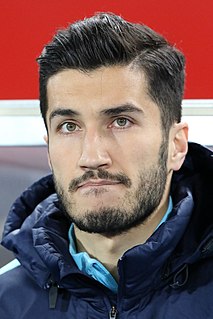 Nuri Şahin is a Turkish professional footballer who plays as a central midfielder for Süper Lig club Antalyaspor. He is known for his passing ability. 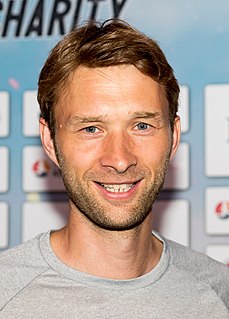 Simon Rolfes is a retired German footballer who played as a defensive midfielder.

Wilfried Hannes is a former German footballer, who played as a defender, and manager, known for achieving his career despite being visually impaired after a pupil-tumour had caused him to lose his sight in his right eye as a child. John Jairo Mosquera is a Colombian footballer who plays for Bolivian club Always Ready as a forward.

Frank Paulus is a German footballer who plays as a right-back.

Lewis Harry Holtby is a German professional footballer who plays as a midfielder for EFL Championship side Blackburn Rovers.

Lennart Hartmann is a German footballer who plays as a midfielder for BFC Preussen.

Jörg Schmadtke is a German football manager. The former coach and goalkeeper works as managing director sport for VFL Wolfsburg, after being vorstand sport at 1. FC Köln. He played for Fortuna Düsseldorf, SC Freiburg (1993–1997) and Bayer 04 Leverkusen (1997–98), all together 266 games in the German Bundesliga. Schmadtke was involved three times in improving the financial and sports situation of a club considerably. 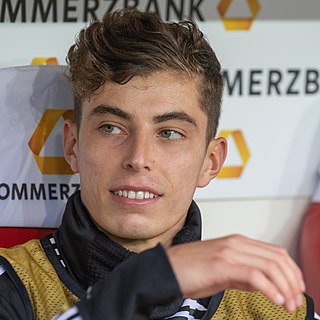 Kai Lukas Havertz is a German professional footballer who plays as an attacking midfielder and forward for Premier League club Chelsea and the Germany national team.